VATICAN CITY (RNS) Pope Francis is expected to meet a young girl from Ohio who dreams of seeing the pontiff in person before she loses her eyesight, according to a Catholic organization that supports sick and disabled pilgrims.

Five-year-old Lizzy Myers from Bellville, north of Columbus, suffers from an incurable genetic disease known as Usher syndrome, which leads to blindness and hearing loss.

She and her parents, Steve and Christine, and her sister, Kayla, plan to meet the pope on Wednesday (March 30) at the end of his weekly audience in St. Peter’s Square. 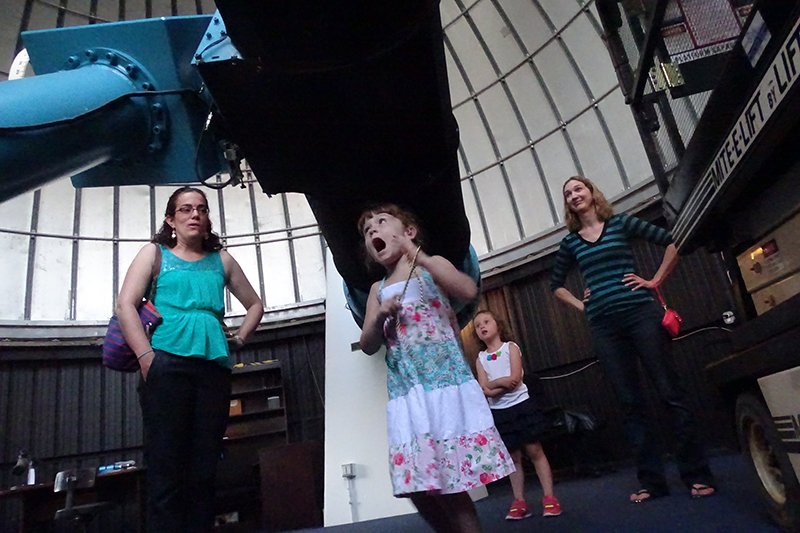 Five-year-old Lizzy Myers from Bellville, north of Columbus, suffers from an incurable genetic disease known as Usher syndrome, which leads to blindness and hearing loss. Photo courtesy of Media Network of Central Ohio, via USA Today

The American family’s visit was announced by UNITALSI, an organization based in Italy that supports sick and disabled pilgrims who travel to Lourdes in France and other Catholic sanctuaries around the world.

“The little girl expressed her wish to see the pontiff at least once,” UNITALSI says on its website. “This wish unleashed a wave of solidarity that is bringing Lizzy and her family to meet Pope Francis.”

Turkish Airlines is donating airline tickets to the family, and a Rome hotel is providing free accommodation near the historic Appian Way, UNITALSI says.

“It is a moving story that also affected us emotionally,” says Emanuele Trancalini, president of UNITALSI in Rome. “We have done everything possible for the Myers family to meet the pontiff and to make Lizzy’s parents understand they are not alone in their battle against this terrible disease.

“With our Progetto Bambini (Project Children) we often support families that have to face the drama of a child’s illness.”

The Myers family could not be contacted on Wednesday (March 23),  but last year Lizzy’s parents told local media that they had created a bucket list of things for their daughter to see before her eyesight disappeared, including Niagara Falls and the Grand Canyon.

The Vatican did not respond to requests on Wednesday to confirm the meeting.