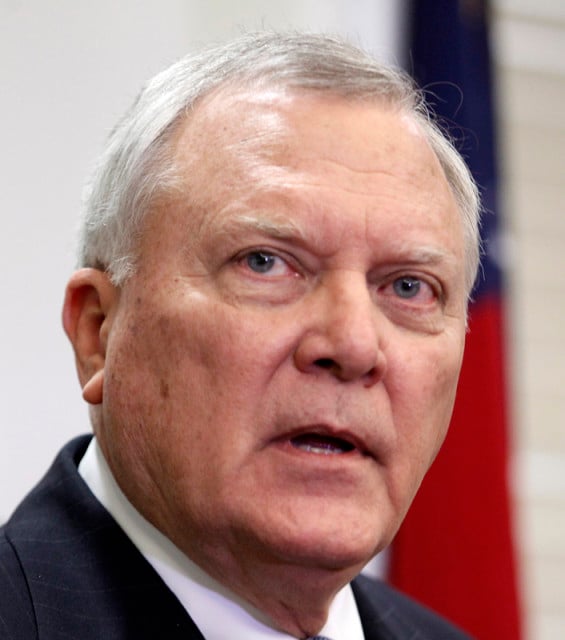 Georgia Governor Nathan Deal speaks to the media at the State Capitol in Atlanta, Georgia, on January 30, 2014. Photo courtesy of REUTERS/Tami Chappell
*Editors: This photo may only be republished with RNS-GEORGIA-LGBT, originally transmitted on March 28, 2016.

Was it the Hollywood threat to boycott Georgia or the NFL threat to withhold a Super Bowl?

Gov. Nathan Deal didn’t say  as he vetoed a bill on Monday (March 28) that a chorus of major studios, sports leagues and business leaders denounced as legalizing discrimination against gay people.

Instead, Deal cited the Declaration of Independence, the Constitution and the First Amendment, the late Supreme Court Justice Antonin Scalia, and the fact that the “religious liberty” bill proposed to fix a problem that didn’t exist in Georgia, when he posted his veto message on his website.

“I do not think that we have to discriminate against anyone to protect the faith-based community in Georgia,” he added.

As for all the threats over the last two weeks since the legislation was passed, Deal dismissed them outright.

Previously, Deal, a Republican, had said positive things about the bill, which would have allowed people and businesses to deny services to gay people if it was based on religious belief.

The prospect was so alarming the NFL hinted a threat to sack Atlanta for a future Super Bowl, and a host of Hollywood studios, stars and filmmakers rushed last week to threaten to evacuate their $1 billion business from “Hollywood South.”

Deal said the bill allowed outsiders to cast doubt on the character of Georgia and Georgians.

“Georgia is a welcoming state filled with warm, friendly and loving people,” he said. “Our people work side by side without regard to the color of our skin, or the religion we adhere to…That is the character of Georgia. I intend to do my part to keep it that way.”

Deal said the nation’s founders thought it unnecessary to enumerate in statue or constitution the definition of religious liberty.

“In light of our history, I find it ironic that today some in the religious community feel it necessary to ask government to confer upon them certain rights and protections,” he said. “If indeed our religious liberty is conferred by God and not by man-made government, we should need the ‘hands off’ admonition of the First Amendment to our Constitution.”

Gay-rights groups, such as Human Rights Campaign, celebrated the veto.

READ: How Trump and Cruz cause neighbors to eye each other warily (COMMENTARY)

Republican majorities passed the bill to broadly protect people acting on their religion, to, say, refuse to cater a gay wedding. It also would have protected clergy who refuse to perform gay marriages and people who won’t attend a wedding for religious reasons. Churches and religious groups strongly supported the bill.

Meanwhile, North Carolina will have to defend in court a bill barring cities and countries from trying to protect gay and transgender people. The law was signed by Gov. Pat McCrory last week.

On Monday, the American Civil Liberties Union and state gay organizations filed a lawsuit in federal court challenging the law, which bars transgender people from using the bathrooms of their choice, as unconstitutional.

“It  sends a purposeful message that LGBT people are second-class citizens who are undeserving of the privacy, respect, and protections afforded others in the state,” the complainants said in a press release. They argued that the law violates the Fourteenth Amendment because it discriminates on the basis of sex and sexual orientation and is an invasion of privacy for transgender people. The law also violates Title IX by discriminating against students and school employees on the basis of sex.

“(The law) is hurtful and demeaning….This law puts me in the terrible position of either going into the women’s room where I clearly don’t belong or breaking the law,” said plaintiff Joaquín Carcaño. “But this is about more than bathrooms, this is about my job, my community, and my ability to get safely through my day and be productive like everyone else in North Carolina.” 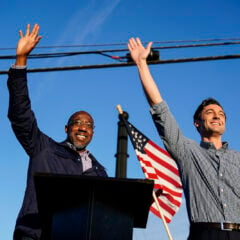 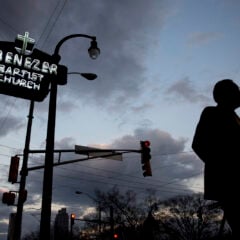