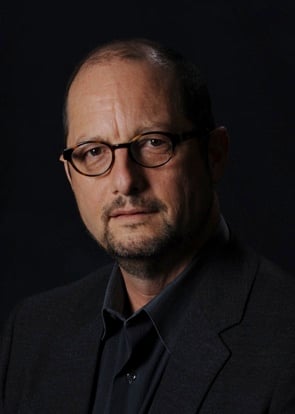 New Testament scholar Bart Ehrman, a professor of religious studies at the University of North Carolina at Chapel Hill, is a superstar author of 30 books on Christianity. Photo courtesy of HarperOne

(RNS) New Testament scholar Bart Ehrman, a professor of religious studies at the University of North Carolina at Chapel Hill, is a superstar author of 30 books on Christianity. He is known to his legion of readers as a scholar who has spent his academic career debunking long-held assumptions of traditional Christian belief.

His most recent book continues that trajectory. “Jesus Before the Gospels: How the Earliest Christians Remembered, Changed and Invented Their Stories of the Savior” applies contemporary memory science to the oral traditions of the early Christians. He sat down for an interview with RNS. The following interview has been edited for length and clarity.

Q: What did you most want to convey to readers of this book?

A: I wanted to introduce a general audience to something scholars have thought for a long time — that there was a 40- to 65-year gap between the time Jesus died and the earliest accounts of his life. So I wanted to talk about what was happening to the stories of Jesus in those years as people were telling and retelling them and look at how the stories were shaped and changed and eventually invested in Christian memory.

Q: Did you discover anything new about the Gospels?

A: Yes, several things. The Gospel of Matthew, which contains the Sermon on the Mount, was written around 85 C.E., a 50-year gap from when Jesus gave it. I started to wonder how is it possible for someone to know 50 years later what someone said at the Sermon on the Mount? I came to realize how implausible it is. I certainly think there are sayings in the Sermon on Mount that Jesus said, but the idea that he gave this sermon just the way it is laid down in Matthew is improbable. It is a memory rather than something that actually happened in Jesus’ life. 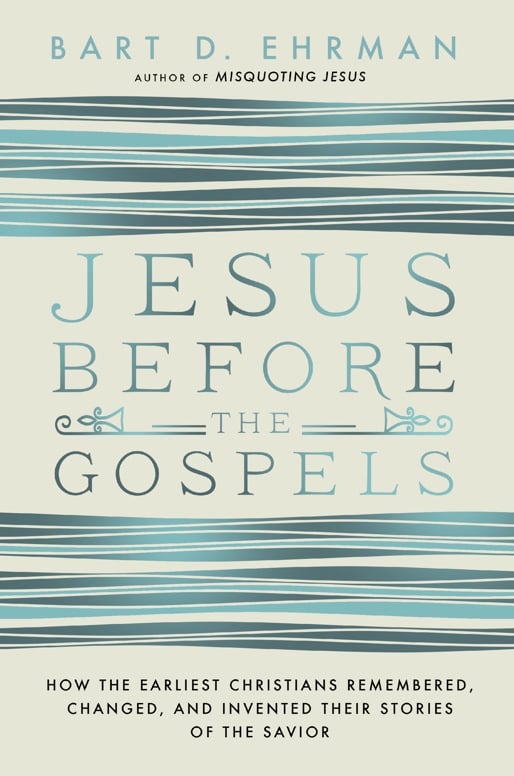 “Jesus Before the Gospels” by Bart D. Ehrman. Photo courtesy of HarperOne

And I had long puzzled over the passage in the Gospel that says when Jesus was arrested in the garden, one or more of his disciples pulled a sword to defend him. I had been inclined to think that is probably a historical event. It didn’t seem like the kind of story that a follower of Jesus would make up — that Jesus had armed followers, that he wasn’t a pacifist. But in working on the book, I came to think if Jesus’ disciples had actually pulled swords why weren’t they also arrested? I think that shows the account cannot be historical, and I try to explain where that story came from. I think Jesus really did have a saying, “Live by the sword, die by the sword.” But what often happens in oral traditions is a story will emerge to produce context for a clever saying. So I now think this story emerged as context for “if you live by the sword you die by the sword.”

Q: Why does it matter whether Jesus actually said something or the Gospel writers conveyed the idea of what he said?

A: There are a lot of people who read the Bible in a very literalistic way and use the Bible for all sorts of hateful and wicked purposes. They have used it to support slavery, some continue to use it to support racism. They certainly use it to oppress women and people with a different sexual orientation. My own view is that it is a terrible use of the Bible. So if you can show some stories in the Bible cannot be taken literally, that can loosen up that interpretation and the Bible is not then as misused.

What I argue in the book is even though the historical Jesus is important, it is also important to think about how Jesus was remembered by Christians in the early church and that Jesus is being remembered in all sorts of contradictory ways today. People who buy into the prosperity gospel remember Jesus as the one who taught them a program they need to follow in order to become wealthy. People who believe Jesus was actually more concerned with the poor remember Jesus as someone who said you should give all your possessions away to others. Both of these can’t be right. So it is important to know what happened historically and to evaluate the memories of Jesus to see if some are better than others.

Q: How do you balance the need for historical accuracy with respect for faith?