CANTERBURY, England (RNS) Church closings are nothing new in this country.

In the past six years, 168 Church of England churches have closed, along with 500 Methodist and 100 Roman Catholic churches.

“Christianity in Britain has seen a relentless decline for over 100 years,” says Linda Woodhead, a sociologist at Lancaster University.

Visitors to Britain are often shocked when they see the state of some of this nation’s once-proud church buildings.

But for every Anglican church that has closed over the past six years, more than three Pentecostal or charismatic churches have taken their place, according to an analysis by The Times of London.

These Pentecostal and charismatic churches are drawing young, black, Asian and mixed-race people. 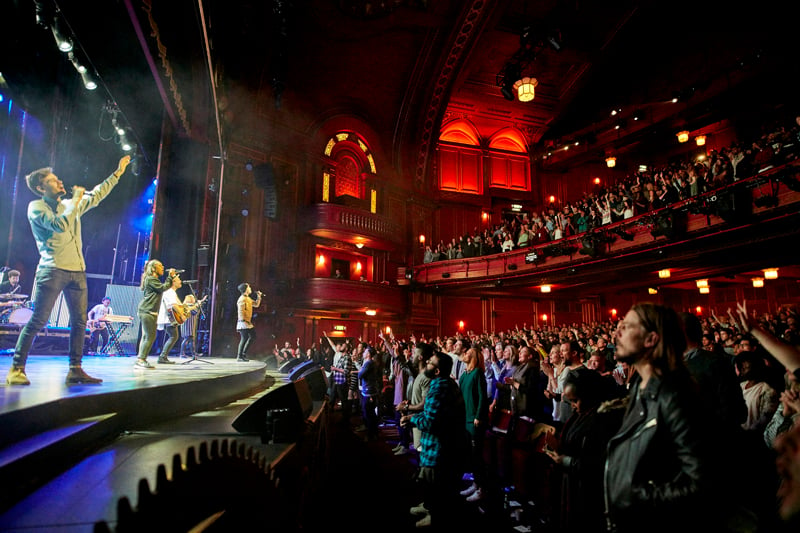 Pentecostalism is one of the fastest-growing movements in world Christendom, with an estimated 500 million followers.

“A century ago the face of European Christianity could have been labeled as white, but now it is increasingly becoming multicolored,” said Israel Olofinjana, a Nigerian-born minister in London told the Times.

“It feels like God’s nightclub, with love songs to Jesus,” said one young African after attending an evening service.

Christians from Eastern Europe, especially Poland, where Catholic roots run deep, are among the participants. And their enthusiasm is contagious.

“There’s been a seismic shift,” said Robert Beckford, a professor of theology at Canterbury Christ Church University. “Christianity in Britain has become much more ethnically diverse as a result of migration from West Africa, Eastern Europe and, to a degree, Latin America.”

Elizabeth Oldfield, director at Theos, one of England’s leading think tanks, told The Times: “Church structures have to take immigration much more seriously. They’re having to listen to people on the ground that are joining the churches in quite large numbers, speaking a different language, perhaps coming from different forms of worship and working to bring change. It is shaking the church up.”

The Pentecostal growth is bringing renewed hope to many.

“I am optimistic that we will see this nation come back to God,” said Pastor Agu Irukwu of the Redeemed Christian Church of God. The group, founded in Nigeria, now has 600 congregations across England.