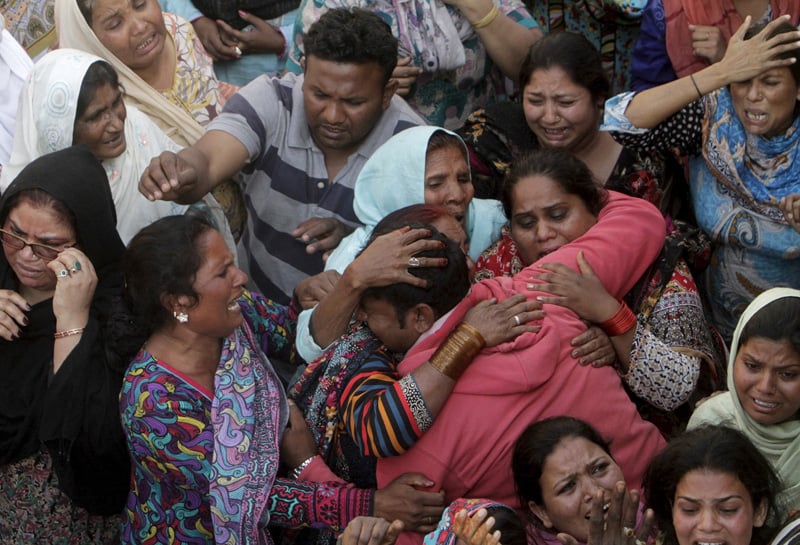 Family members mourn the death of a relative, who was killed in a blast outside a public park on Sunday, during a funeral in Lahore, Pakistan, on March 28, 2016. Photo courtesy of REUTERS/Mohsin Raza

(RNS) Last September, as part of a journalism fellowship, I visited Sacred Heart Cathedral in Lahore, Pakistan, for Sunday Mass.

Later I sat down with the barefoot priest to hear about the discrimination and violence his congregation faces as minority Christians in a Muslim country with draconian blasphemy laws, which carry a death sentence. 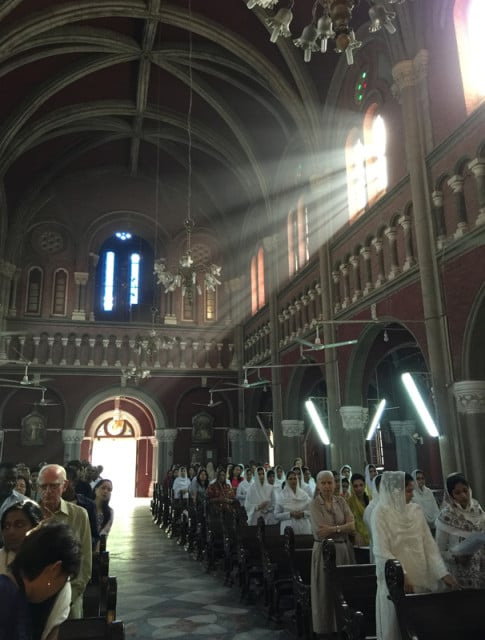 The priest said his congregation drew closer in the face of persecution, including an attack on the church in 2008.

“They prefer to die in the church than in their houses,” he said.

On Easter Sunday, Pakistani Christians did not have to go to church to die. They were attacked in a public park, near a children’s swingset. A suicide bomber associated with the Taliban killed 70 people — most of them women and children — and injured 300. That attack was a form of retaliation for the February execution of a police guard who assassinated a politician seeking to reform the nation’s blasphemy laws.

To hard-line Islamists and religious parties, any change to the blasphemy laws is, well, blasphemous. They are campaigning to make the convicted murderer an official martyr.

Before leaving for Pakistan, I thought countries that enforce blasphemy laws — Afghanistan, Saudi Arabia, Malaysia, Indonesia, among others — would eventually catch up to the rest of the world. Surely, it was a matter of time until they realized free speech must trump religious sensitivities.

My week in Lahore and Islamabad — also the scene of Easter violence over blasphemy laws — changed that. After visiting Christian churches and minority Muslim sects — each time passing barricaded metal gates, gun turrets and skeins of razor wire  — we met with an attorney who represents blasphemy defendants, sometimes all the way to Pakistan’s Supreme Court.

This attorney recited case after case he had personally handled in which people, usually Christians, were charged with tearing a page from the Quran or insulting the Prophet Muhammad and were sentenced to death.

Usually, he said, the accusers were looking to settle a personal score with the defendant or steal their wealth. The most notorious case is of Asia Bibi, a Christian mother and field worker facing execution for allegedly making derogatory remarks about the prophet.

But even this attorney — educated at an elite British university, wearing an expensive western suit and speaking English as well as I do — defended the laws. The American and Pakistani journalists in my group challenged him:

Why should any religion be placed above the right to free expression? Isn’t Islam tough enough to absorb the barbs of critics and cranks?

“You don’t understand,” he said after a few heated minutes. “We Muslims have the highest possible love, affection, respect, honor for the Prophet. Anything that goes against that feeling … incites passion and where it incites passion it will lead to chaos, death and injury. So we made the blasphemy law.” 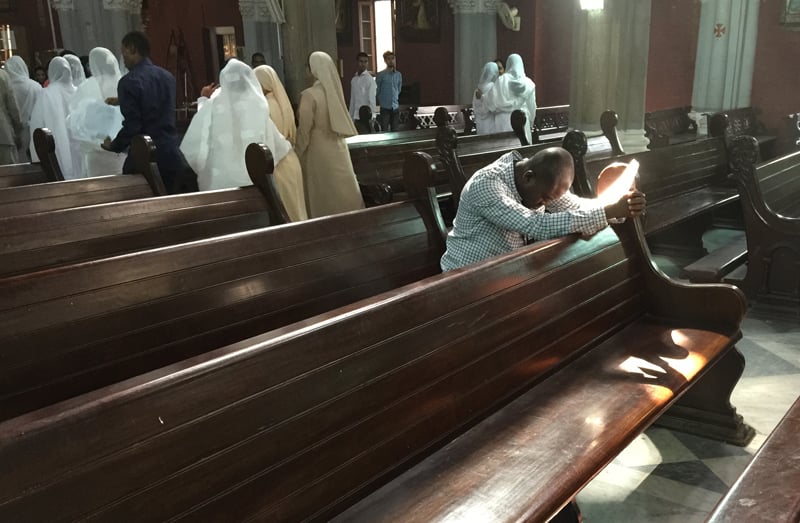 A man prays in the pews of Sacred Heart Cathedral in Lahore, Pakistan, in September 2015. Religion News Service photo by Kimberly Winston

We responded: But people everywhere feel like that about their various faiths and most live in peace without executing those who think otherwise.

No, he continued. “For me the law is valid because it is better to stop violence than allow freedom of expression that will lead to violence,” he said. “My issue is not with the law. My issue is with the abuse.”

I could feel my heart drop in my chest. If even this worldly man could not be persuaded that freedom of conscience is the most important human right, then what hope can we have that his country, with 191 million people and a literacy rate of only 58 percent (47 percent among women) can be persuaded?

Seven months after my visit to Pakistan I remain pessimistic and depressed about its future and the future of other Muslim-majority countries. Looking at the pictures of the victims of the Easter blast — only a minority of them Christian — I can’t help but remember the people who welcomed us into their church for Mass last summer. 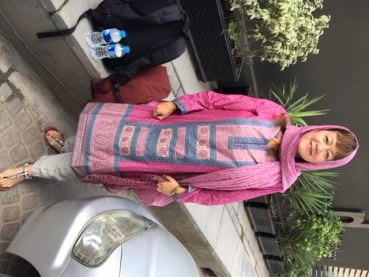 I hear the murmured prayers, the native instruments that accompanied their hymns and their gentle voices as they offered us tea.

Christians and other religious minorities in Pakistan could use a little bit of American Christian outrage on their behalf.