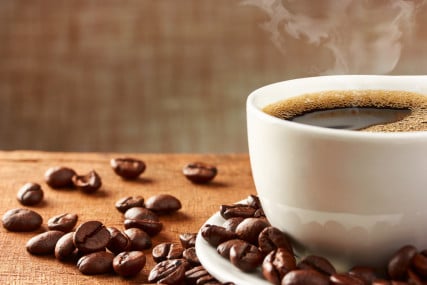 On Thursday news was leaked from the headquarters of The Church of Jesus Christ of Latter-day Saints that the church has entered into a franchising agreement with the global powerhouse Starbucks, agreeing to incorporate Starbucks coffeehouses in ten LDS temples around the world.

While terms of the deal were not disclosed, one prominent business leader reported off the record that if the arrangement proves lucrative for both parties, every single Mormon temple will have a Starbucks by the church’s 200th anniversary in 2030.

“This is such a fantastic opportunity for the Church,” he said. “Really, I’m just giddy. Or maybe that’s the caffeine talking.”

One potential sticking point is that no changes have yet been announced to the Word of Wisdom, the LDS dietary code that has been interpreted as prohibiting alcohol, tobacco, recreational drugs—and coffee.

Although early Mormons drank coffee and included it in their list of must-have items for crossing the plains, for the last hundred years of the religion’s history, caffeinated coffee has been strictly forbidden.

Is it possible that Mormonism’s most sacred spaces will be permeated with the glorious scent of a drink that the faithful are not permitted to enjoy?

Or does the franchise agreement signal an eventual softening of the church’s no-coffee stance?

“I think this suggests major changes are coming,” said Brigham X. Allred, professor of Mormon history and culture at Zarahemla University. “There is a precedent for this. For years, the Church owned significant stock in soft drink companies. And then what did we see just a few years ago? A statement from the LDS Newsroom that caffeinated soft drinks are now officially kosher.

“I would expect that the Starbucks deal means that some kinds of coffee will eventually join that list of what is acceptable under the Word of Wisdom,” he continued. “How could they not? I mean, you’ll be able to smell the coffee brewing from where you sit in the Celestial Room. It’s a foretaste of what the Celestial Kingdom will be like.”

Rumor has it that in a nod to Mormon sensibilities, Starbucks marketers also taste-tested the potential menu addition of Postum, a hot beverage some Mormons have used as a coffee substitute, before spitting it unceremoniously to the ground.

“In our previous engagements with coffee all around the world we have never encountered this strange thing called ‘Postum,’” said a mystified representative of the company. “It will not be joining the menu and diluting the Starbucks brand.”

Still, other items have been added to appeal specifically to a Mormon audience, including Lion House rolls, Testamints, and an exciting new gift product: General Authority action figures.

“Their neckties will be interchangeable!” enthused product manager Libby Rall. “It’s a great idea for keeping the kids occupied while their parents are attending the temple.”

Also, in a decision that reflects the coffeehouse juggernaut’s deference to the religious traditions of its host, all Starbucks temple locations will be closed on Sundays.

“There are some lines that Mormons just won’t cross,” said Allred.

Contributors to this story included P. Smith and A. Black.