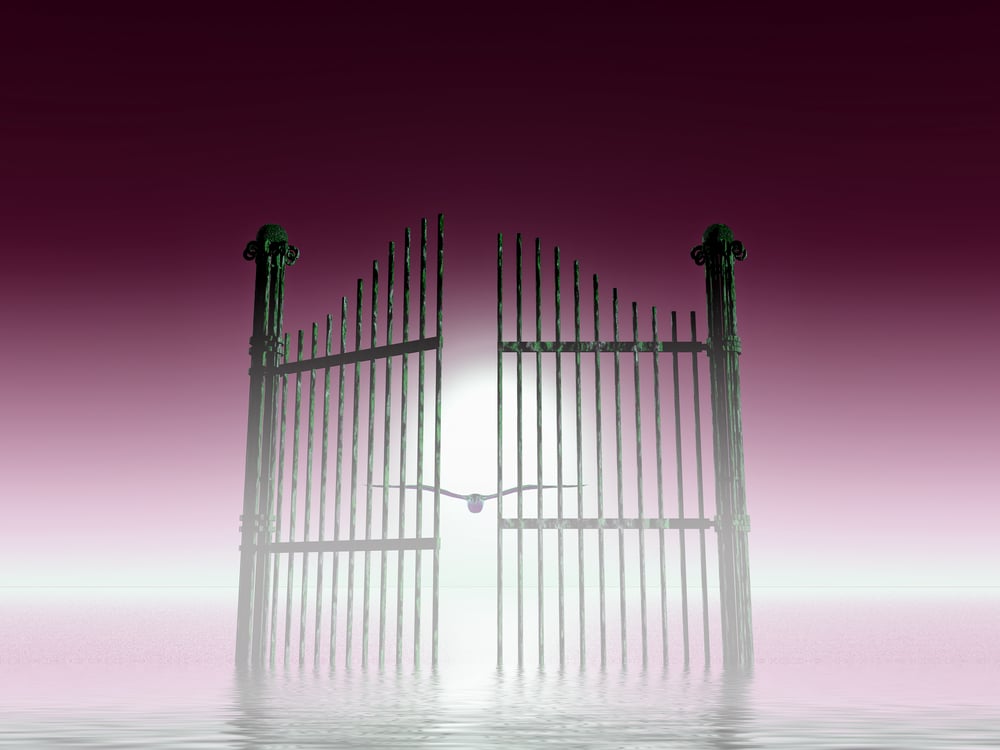 It was not the heavenly respite Ronald Jared Sorensen was expecting.

“Every minute was accounted for,” Sorensen complains in Three Hours in Mormon Heaven, a new book published today. In the exposé, he chronicles a stroke he experienced in 2009 at age 73, and describes the three hours he alleges he spent in the Celestial Kingdom, the highest Mormon heaven, which he had been preparing for with great zeal all his life.

“Right away, they put me on an eternal missionary rotation. They paired me up with this guy who never stopped smiling to go preach the gospel to the dead. Forever! I mean, I served a mission for two years of my life and was glad to do it, but that doesn’t mean I want to knock on doors for all eternity,” Sorensen explained in an email interview.

His memoir claims that after he died he was met at the pearly gates not by Saint Peter, who was attending a meeting at the time, but by a former cruise director with a clipboard:

She was very welcoming, and wanted me to feel at home. She gave me Lion House Rolls and told me to take all I wanted. But she also made it clear right from the start that this was not a holiday. We were Mormons, and we needed to put our shoulders to the wheel. (p. 9)

Sorensen’s unusual experiences are in line with his religion’s beliefs, according to Yale scholar Harold Bloom, who has called Mormonism “perhaps the most work-addicted culture in religious history.” Unlike other Christian denominations, the Church of Jesus Christ of Latter-day Saints has long put forward a more active view of heavenly life, in which the deceased assist with missionary work, learn how to become more like God, and possibly even raise children they never got to parent in this life.

“It was very exciting and wonderful to be reunited with my own parents and my older siblings who died before me,” Sorensen said, treading carefully. “I cried with joy at seeing them all again. But this whole idea of having more children after we die? That’s pretty intense. I’m not sure my wife is going to be thrilled with it when she gets to heaven, frankly. We already raised seven kids.”

Sorensen’s claims have been disputed. The LDS Church has largely stayed above the fray, its only comment being that Sorensen must be confusing the Celestial Kingdom, which is an ultimate destination after Christ’s millennial reign, with the “spirit world,” where people go immediately after death.

But some medical professionals have been far more outspoken in protesting the book.

“Mr. Sorensen believes he was dead for three hours, but medical records show that his heart stopped beating for less than one minute,” said Central Utah Trauma spokeswoman Oaklynne Burton. One physician who spoke on condition of anonymity suspects that Sorensen “just concocted the whole fable in order to take advantage of the popularity of books about heavenly experiences.”

It’s certainly true that “heavenly tourism” has become a genre all its own in religious publishing. Kicked off in 2004 by Don Piper’s 90 Minutes in Heaven, which as of last year had sold over six million copies and been translated into 46 languages, the genre also includes, controversially, The Boy Who Came Back from Heaven, a 2010 bestseller that its young author recanted earlier this year.

On the other hand, at least one industry expert thinks Sorensen’s book will have limited appeal. “It’s not just that it’s a Mormon book, and Mormons are less than two percent of the population,” said Margaret Harrington-Ross, senior editor of Books Today. “It’s that it’s not a totally happy-touchy-feely book. The author went to heaven, sure, but it wasn’t a slam-dunk positive experience. Readers might not want to hear they’ll be expected to work full-time for God after they die. Mostly they just want to watch all the Netflix episodes they didn’t have time for on earth.”

Sorensen, for his part, feels a bit scarred. He now attends a recovery group called ERCK (Early Returns from the Celestial Kingdom), where members offer experiences and support.

“Mormon heaven can be demanding,” Sorensen concludes. “All this time I’ve been thinking I should cram in lots of bucket-list experiences while I was still in my 70s and in decent health. Now I’m thinking that’s exactly backwards. I’m just going to sleep for the rest of my mortal life, knowing there’s no rest for the righteous where I’m eventually going.”