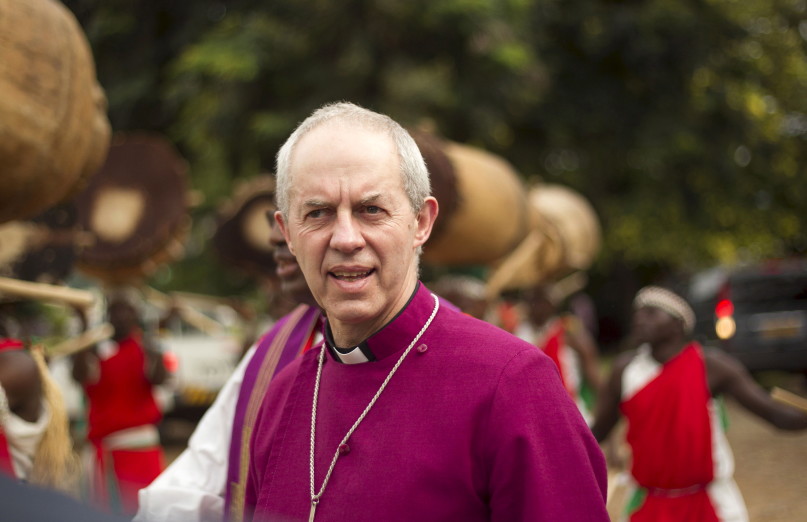 LONDON — The Archbishop of Canterbury Justin Welby has discovered his biological father was the former private secretary to Britain’s war-time leader Winston Churchill, he said in a statement on Friday.

“In the last month I have discovered that my biological father is not Gavin Welby, but in fact, the late Sir Anthony Montague Browne,” Welby, 60, said on his official website.

“This comes as a complete surprise,” he added.

Welby, the spiritual leader of the Anglican Communion consisting of some 85 million Christians globally, said his mother, Jane Williams, and his late father Gavin Welby were both alcoholics when he was a child. His mother has “not touched alcohol for over 48 years,” he added.

Welby’s mother, now married again as Lady Williams of Elvel, said in a statement that she and Welby had a “short dysfunctional marriage” and that DNA evidence of her son’s paternity was “an almost unbelievable shock.”

“Although my recollection of events is patchy, I now recognize that during the days leading up to my very sudden marriage, and fueled by a large amount of alcohol on both sides, I went to bed with Anthony Montague Browne. It appears that the precautions taken at the time didn’t work and my wonderful son was conceived as a result of this liaison,” her statement added.

Williams said her son was born nine months after her marriage to Welby in 1955, adding that the marriage ended in 1958.

The DNA tests were taken after Britain’s Telegraph gathered evidence to suggest Browne was Welby’s father, the newspaper said on its website.

Welby was installed as the archbishop of Canterbury in 2013.