(RNS) An open letter to the California Department of Education, signed by a group of academics, many of whom are sympathetic to the Indian left, is threatening to downgrade, and in many cases remove, the terms India and Hinduism from schoolbooks.

Two years ago, Hindu and Indian-American groups began working with the department’s Instructional Quality Commission to ensure a culturally competent and accurate curriculum framework to be passed on to teachers and textbook publishers of sixth and seventh grade world history.

In collaboration with leading historians and religious studies professors, the Hindu American Foundation and other advocacy groups submitted several recommendations that would give Hinduism accurate and equitable in comparison to other religious traditions.

Many of the Hindu American Foundation’s suggestions were incorporated, but the process was interrupted with the zero-hour arrival of said open letter by academics collectivized under the rubric of South Asia Faculty Group.

Many of these scholars offering alterations focusing on Hinduism, ironically include specialists in Islamic studies, such as Asad Q. Ahmad, Shahzad Bashir and Chris Chekuri, as well as prominent Indian Americans of the Indian left, such as Kamala Viswesaran, amongst others.

The demands in their letter were breathtaking: Replace mentions of ancient India with the nebulous “South Asia”; replace “Hinduism” with “ancient religion(s) of India”; remove several favorable references to Hinduism; and unequivocally locate the horrendous practice of caste-based discrimination as an integral part of the practice of Hinduism.

The stated reason for replacing India with “South Asia” would seem benign: Much of ancient India was divided after the end of British colonial rule, into Pakistan and Bangladesh. Using “South Asia” would appropriately identify the region and its similar cultural heritage without subsuming the identity of those post-colonial states.

But archaeologists and leading scholars confirm that there was an ancient civilization made up of many lands and kingdoms that shared civilizational traits, invoked shared gods and goddesses and built temples and monuments to mark their tenure on those lands. It stretched throughout the Indian plains into the Himalayas and Central Asia, and ancient rulers carried the culture and Hindu religion of that civilization to the far reaches of East Asia, into Burma, Bhutan, Thailand (where the Hindu epic Ramayana is adapted as the Ramakien) and Cambodia (think Angkor Wat).

Reducing ancient India to the anodyne “South Asia” may be geographically accurate, but scholars know that there was never an entity called “Ancient South Asia.” Ruins of the ancient Greek and Roman civilizations exist in Libya, Israel, Jordan and Turkey, among many other countries, but the names of the civilizations have not been replaced.

The South Asia Faculty Group uses reverse logic to also try to delete the word “Hinduism” several times in the frameworks. On the one hand, the scholars would replace “India” with a more contemporary “South Asia,” but at the same time, they would delete “Hinduism” even while they argue that the term is of contemporary origin.

If erasing “India” for “South Asia” or replacing “Hinduism” — because the term did not exist in ancient India — is not confusing enough, these same scholars are excoriating Hindu groups for suggesting that the 50-year-old term “Dalit,” or British-era colonial term “untouchables,” finds no mention in any relevant Hindu scripture. Or for suggesting, as academics should know, that a birth-based hierarchical caste system and caste-based discrimination find no sanction, no prescription and no mention in revealed, Hindu scripture — the Srutis, such as the Vedas.

Why would the professors delete the word “Hinduism,” which a billion people in India, Pakistan, Sri Lanka, Nepal and elsewhere call their own — and 3 million Americans embrace — and replace it with a host of terms that have no use in common parlance? Why try so hard to erase India (the Hindu American Foundation launched  #donteraseindia to counter precisely that)? And why would the faculty group preserve “Hinduism” only to link it to caste?

Some of this is a reaction to the rise of Hindu nationalism in India – an attempt to disrupt the narrative that ancient India was a great civilization that gave the world yoga, meditation, Ayurveda, etc., and the notion that today’s India is the inheritor of that legacy.

The politics behind these changes are complex, but what is clear is that such deletions and substitutions bear no relevance to actual practitioners of Hinduism.

California’s decision will have outsize impact. As one of the largest purchasers of textbooks in the nation, most publishers will release books that include the California frameworks, and these will be consumed by countless smaller school boards. 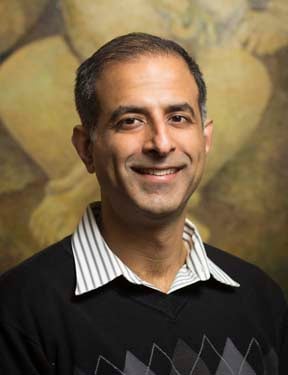 And while academics today are eager to engage in contentious socio-political causes, they must not use the privilege of their position to impose campus politics on a middle school curriculum.  Because what matters is that erasing Hinduism from texts does not erase bullying that Hindu and Indian-American children face stemming from ignorance arising from such deletions.

(Aseem Shukla, M.D., is an associate professor of surgery at the University of Pennsylvania and a co-founder of the Hindu American Foundation)