(RNS) Bob Silverman, a Jew who spent most of his diplomatic career in Muslim-majority nations, will now reach out to Muslims in his own country. The American Jewish Committee recently hired him as its first U.S. director of Muslim-Jewish relations.

As a U.S. Foreign Service officer for 27 years, the Des Moines, Iowa, native served in Israel, Azerbaijan, Tunisia, Egypt, Turkey, Iraq, Saudi Arabia and Sweden, and retired from the government last year. Now 58, he works at the New York headquarters of the 110-year-old AJC, which was founded to combat discrimination against Jews but has historically defended other minority groups as well.

Through Silverman, the AJC hopes to strengthen Muslim-Jewish relations in the U.S. and then duplicate the model in Europe, where tensions have heightened between the two religious minorities and where the organization is about to open its fifth office.

Silverman talked about his new assignment with RNS. This interview has been edited for length and clarity. 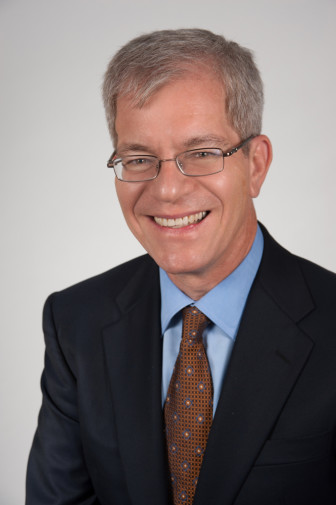 Q: You speak Arabic, which must be helpful in your new line of work.

A: The assumption is for this job that you have to know Arabic. But most American Muslims don’t know Arabic. They’re American; they speak English. There are significant numbers of Muslim Americans who speak other languages. Some come from Turkey, some from Iran, and an even larger number come from places like Pakistan, India and Bangladesh. And one-third of Muslim Americans are African-American. I speak Arabic, Hebrew, Turkish and Azerbaijani and Swedish. I translated a book from Arabic to English. The languages do help, but it’s more of an understanding of the culture that’s important. “It’s the ability to see through other people’s eyes.”

Q: So what book did you translate from Arabic to English?

A: It was a famous Egyptian’s travel account of his trip to Israel, a best-seller in the Arab 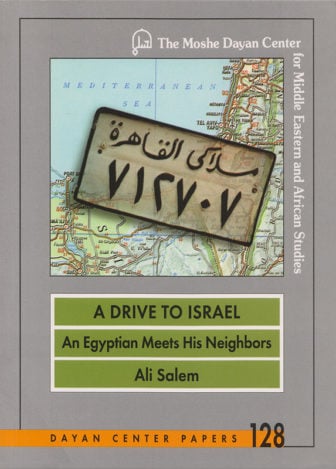 “A Drive to Israel,” by Ali Salem. Photo courtesy of Syracuse University Press

world. Ali Salem was a famous playwright who wrote mostly humor. He was the one who decided that the title would be “A Drive to Israel” because he wanted to emphasize that it was not a journey, not a saga. He got in his car, he drove across Sinai, it took a couple of hours, and he was there. His spot-on characterizations of Israelis and how he interacted with them are very funny. It was published in 2002 and what he did was considered a no-no. He was banned by the writers syndicate in Cairo because the book was considered “normalization,” and you were not supposed to think of Israel that way.

I wanted to help this guy — he was a fabulous guy — and raise his profile in the English-speaking world.

A: The political climate in our country has really shifted since 9/11, but in the last year presidential elections have highlighted fear-mongering about Muslims. There are legitimate security concerns about terrorism but that has really nothing to do with the American Muslim community at large. There are some elements we have to be careful of in that community just like there are elements we have to be careful of in other communities, and there are ways to address those concerns in a prudent way. But that should not deter people from doing outreach to this important and growing community.

The American Jewish community is a well-established minority group that is quite self-confident in this country, and I think it’s incumbent upon us to show support for fellow minorities. AJC has a proud track record on this. We were very much engaged from the very beginning of the civil rights movement. A little-known fact is that AJC funded the key study on segregation that was cited by Chief Justice Earl Warren and led to desegregation in the Brown vs. Board of Education case. We don’t trumpet it because we don’t want to shine a light only on our efforts. In the same way, it is quite appropriate for us now to be reaching out to Muslims. It’s the right thing to do, and it’s in our collective self-interest as Jews.

Q: So what do you want to do with this new job?

A: I  want to move beyond nice discussions and interfaith gatherings at a local level. They are uplifting and important and there’s quite a bit of Muslim-Jewish engagement going on. But we’ve got to scale it up to form real networks to do policy advocacy on a national level. I’m only three weeks into the job. But I’ve already talked to Muslim leaders who would be interested in working on this and, in very broad strokes, I imagine it would support minorities’ freedom of religion, support for immigration.

I also want to push back against anti-Semitism within Muslim communities, and also anti-Muslim sentiment in American society writ large. We will also work on a better understanding of Israel among Muslim Americans. That will be a hard one.

Q: What would you like to convey to Muslim Americans about Israel?

A: It’s important for the Jewish community to know that this will not be a one-sided agenda of the AJC working to support Muslim Americans. We’re also a pro-Israel organization. We want to help assure that what is taught in Muslim religious schools in the U.S. is nuanced and objective about Israel. And we have to educate American Jews about Israel too.

Israel is the nation-state of the Jewish people but it’s also a democratic state for all the people who live in it, the only multicultural democracy in the Middle East. A little-known fact that needs to be more broadly understood among Jews and Muslims is that there are 1.4 million Muslim citizens of Israel, not in the occupied territories. It is a growing group. They are 20 percent of the citizens of Israel, have full rights as citizens of Israel and contribute much to the society.

Spiritual Politics
To define or not to define antisemitism? That’s a good question.
Follow us on Facebook!
Submit your photos to RNS