Two weeks ago, I was baptized for my mother.

For me, this was the fulfillment of a long-held dream. When Mom was dying, she and I had several conversations about the possibility of an afterlife. She wanted to believe in it, she told me; she very much craved to see her own mother on the other side. Yet she had no certainty this would come to pass and worried that it was all just wishful thinking.

I told Mom there were very few things I was sure about in my faith, but that my belief in heaven was rock-solid. I also said that if she wanted to be with her own mother there, I was sure a loving God would make that happen—and that if she did not want to be with her ex-husband, my father (she certainly didn’t), a loving God would not require that. She would call the shots.

She asked me if I planned to take her “name to the temple” after she died, which is Mormon-ese for submitting a deceased person’s records so that proxy rites such as baptism and endowment can happen. Though she was not a Mormon, my Lutheran mother was very knowledgeable about Mormon temples and had gone with me through the Nauvoo, Illinois temple during the public open house before its dedication.

She understood what it meant. She understood, too, that baptizing a deceased person in an LDS temple does not “make” that person a default Mormon; it merely opens a ritual door in case the person in question might someday wish to walk through it.

I said I did want to perform those rites for her, but only if she was amenable.

“If it gives you comfort” was what she told me. Loving to the last, my mom only wanted whatever would mitigate my own grief about her death. Even if that meant agreeing to a rite she didn’t believe in, she was more than willing to grant her permission if it might alleviate my own devastation. 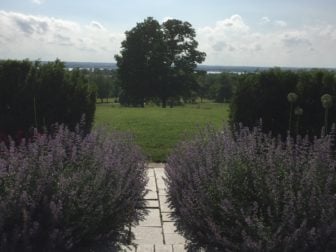 And so, in the same Nauvoo temple that she and I once toured together, I was recently baptized for my mother.

It was one of the most beautiful spiritual experiences I’ve ever had. There were no dramatic visitations, but there was a profound sense of presence, a sense that my earthly mother and my heavenly parents were with me in the temple on that day.

I wasn’t shy about telling the people I encountered that this day was special, this day was for my mother. So it was that the man who performed the baptism was as choked up as I was as he guided me under the water, and the woman who anointed me in the initiatory was so overcome with emotion that she could barely speak the words. We were all that much more vigilant for the holy.

In three hours in the temple I was baptized, washed, anointed, and endowed on behalf of my mother. I was given the knowledge that the woman who named me has a sacred name of her own, a name I was privileged to speak and charged to always remember.

Of the experience I would say that the baptism is what I will remember most. Baptism is different, somehow. Here, there are visible signs of invisible grace: your hair is dripping, your white jumpsuit sodden with living waters. You take these things with you when you rise from the font.

Just as I will take with me, always, the love of my mother.