Holocaust survivor, author, and Nobel laureate Elie Wiesel died in his adopted homeland of the United States on July 2nd. I cannot let this sad news pass without saying a few words about what this extraordinary human being meant to me.

I am of the generation of Americans for whom the Holocaust loomed exceedingly large in our education and moral imagination. Elie Wiesel wrote Night in the late 1950s and published it in English in 1960. But it was not till the mid- to late-1970s, when I was in high school, that Night became the central canonical text for Holocaust remembrance. That period, from the late 1970s until the founding of the US Holocaust Memorial Museum in 1993, now appears to have been the heyday of Holocaust remembrance in the United States.

Why? Enough time had passed that large numbers of Holocaust survivors had begun to be ready to tell their stories, and many had come to the United States. Holocaust memorial centers were established around the country. School districts began requiring a unit on the Holocaust. The media offered numerous treatments, most notably Steven Spielberg’s “Schindler’s List.” And the federal government itself became a sponsor of Holocaust memorialization and study.

For me personally, Elie Wiesel became a fixed point in the development of my faith, ethics, and vocation. This includes the influence of his work in my decision to write a doctoral dissertation on the “Righteous Gentiles” who rescued Jews. But it also includes implications of how Wiesel wrote and spoke about post-Shoah faith and ethics.

After Auschwitz, Wiesel, like so many others, became far more certain about morality than theology. Never again Auschwitz, this was clear. Never again such an assault on the Jewish people, or any people. Never again a silent world when a people is being victimized.

As for God, the God of the Jewish covenant, the God of justice? What remained for Wiesel was mainly protest against God, argument with God, and questioning of God — even as the moral demands attributed to God in the Bible, demands such as justice and mercy, must be practiced all the more. This protesting-questioning faith (a faith that remains in faithful dialogue with God even when dialogue is argument) makes so much more sense to me than the doctrinaire-complacent faith of many Christians I know. (For a rich analysis of Wiesel’s ongoing practice of Judaism, see this essay by Rabbi Yehiel Poupko.)

For the entirety of my teaching career, I have exposed my students to the story, and stories, of Elie Wiesel. In my Holocaust classes, I have made sure that we read Night and discussed it and its backstory in detail. I also encouraged my students to read his later works and see how his storytelling evolved.

In my classes on great moral leaders, I have always included Wiesel, telling the broader tale of how this orphaned Jewish teenager went from Auschwitz to Buchenwald to Paris and finally to the United States to become the public figure that he became.

I always tell my students about the time Elie Wiesel was on TV in 1983 as a panelist after the showing of “The Day After,” a film depicting an imagined nuclear attack on America. Alongside generals talking sanely about the insanity that was/is nuclear deterrence and “mutual assured destruction,” Wiesel was the voice from Europe, the voice from Auschwitz, warning us not to do to the whole world what had been done to the Jews of Europe. He seemed so sad that night, so unimpressed by the ribbon-bedecked generals reassuring us that all would be well despite 50,000 nuclear weapons hanging over our heads.

And I recall for my students the time that I was in the room for a speech by Elie Wiesel at a conference in the early 1990s. It was dark and rainy, and he was about an hour late. When he came in, he spoke with that unmistakable sad, soft, words-mixed-with-silence European émigré voice. I mainly remember a question he was asked about how he coped with his memories, pain, and grief. How did he wake up each day and move forward? He said: Study. There is always another book to read. There is always more to learn. I keep reading. I keep learning. And so he did.

Like all human beings, Elie Wiesel (arguably) had his blind spots. He was critiqued by fellow Holocaust survivor Simon Wiesenthal for what the latter viewed as inadequate attention to non-Jewish victims of the Nazi regime, and more broadly criticized in recent times for his posture on Israel’s treatment of the Palestinians. Wiesel’s defenders reject both concerns. My judgment is that there was at least some truth to both concerns.

But Elie Wiesel was one of the giants of our time. He will always be remembered. 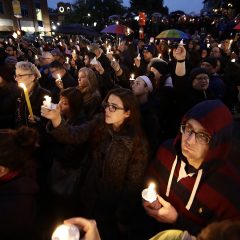 Opinion
In the wake of tragedy, make a difference where you are 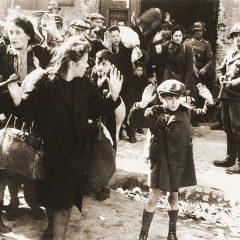 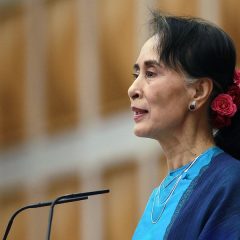 Martini Judaism
The cost of Jewish silence on Bannon

Opinion
Escaping this toxic political season to reread the words of my heroes
Follow us on Facebook!
Submit your photos to RNS