"No Mosque" symbol of hostility to Islam in America
July 18, 2016
Jana Riess 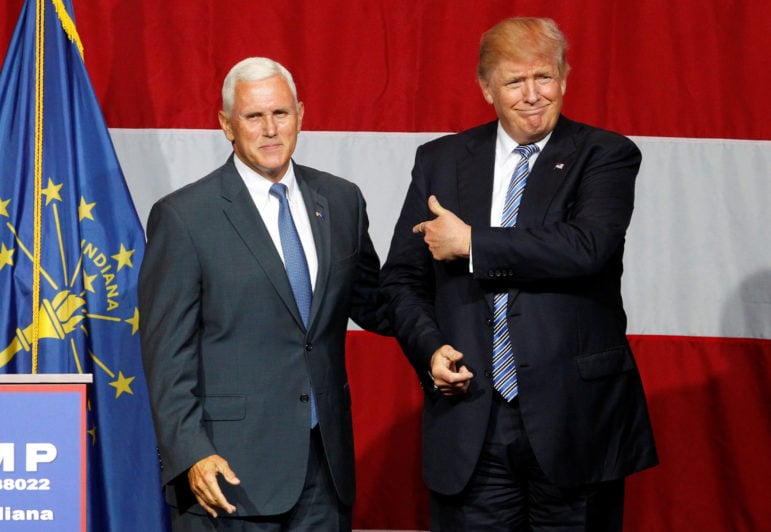 All attention turns to Cleveland this week, where Donald Trump is expected to accept the GOP nomination for president. A cornerstone of Trump’s platform has been to deny entry to all Muslim immigrants, no matter where they come from or what their individual life situation may be.

This is a fantastic idea. In fact, I can’t imagine why no one has thought of this solution before. Ridding the nation of Muslims will go a long way toward ending the cycle of violence in this country as perpetrated by angry white men like Dylan Kleibold, Adam Lanza, Dylann Roof, Elliot Rodger and other mass shooters. It just makes sense.

In fact, while we’re at it, let’s reject Muslim influence on society altogether. It’s downright un-American. In making America Muslim-free again, we will also make it great again! So let’s eliminate:

Think how much money we just saved by chucking hospitals, universities, and other expensive Muslim creations!

Oh, wait. We can’t really calculate that since we don’t have math anymore.

Other satire posts from Flunking Sainthood:

Support Jana’s Kickstarter campaign for “The Next Mormons” now through July 29!

Click here to be a part of this project.