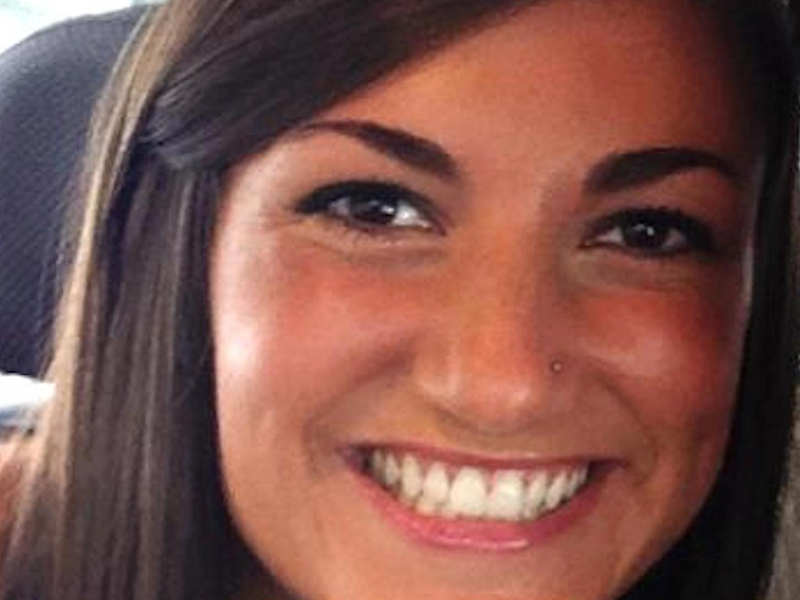 (RNS) One year ago, I published a piece that completely transformed my relationship with my immediate family. In it, I shared my tumultuous journey of religious skepticism and explained how diverging from my family’s spiritual beliefs had profound psychological consequences. Lyndsay West is a head-and-neck cancer researcher at Memorial Sloan Kettering in New York City and a contributing blogger to The Huffington Post. Photo courtesy of Lyndsay West

I know that I am not the only 25-year-old agnostic in the world, but the fellowship that is so easily accessible within the Christian community seems relatively lacking for nonbelievers. I went from being inundated by church events celebrating like-mindedness to feeling pathological in my irreligious rebirth.

Why is that the case when Americans are increasingly abandoning their association with organized religion?

If we’re not vocal about our status, a sea of religious people will drown us out and others won’t feel comfortable shedding their religious façade.

Through my experience, I’ve learned that hiding one’s true beliefs from friends and family contributes to an atmosphere of silence and stigma, which prevents atheists, agnostics and so-called nones from establishing a support system.

I found religious freedom within my family, and I hope that my story inspires skeptics of all backgrounds to candidly “come out” as well. Personal relationships benefit from honesty, and the nonreligious community will benefit from gaining one more forthright member.

When I submitted the article confessing my beliefs, I did not expect my parents to discover it. For that matter, I did not anticipate my family ever unearthing the deep dark secret that my born-again Baptist parents have a staunch agnostic daughter.

But shortly after the article posted in May of 2015, they heard about my public admission through the well-connected network of our Dallas church.

Because I live in New York City, my parents chose to wait and confront me about my proclaimed agnosticism when I paid them a visit later that summer. I can imagine that they felt an acute sense of loss during this time. The God-fearing woman they reared and treasured had vanished.

My parents are fundamentally wholesome people, not because they are Christians, but because they have kind souls and good intentions. I simply could not force myself to face them. I felt like an entirely different person with an entirely different sense of existential value. The ensuing inner turmoil left me in a distressed haze. I concluded that telling them would be too upsetting for both parties, so I pretended to maintain my religiosity instead. Over time, I erected an immense wall of lies. Eventually, that wall loomed like an impassable hurdle I could not break through; I thought I would never know what was on the other side.

Fortunately, the other side offers fresh air and reprieve.

Having undergone the requisite period of sorrow, anger and confusion, my parents confronted me calmly and lovingly. I am beyond relieved that they now see and accept me for who I truly am. Their love for me is as unconditional as Jesus’ love for them. I respect them for choosing to embrace me in my “heathenness” even while they privately mourn my separation from the church. In this way, they not only get to know the real me, but I also learn a great deal about their selfless resolve to put their children’s interests above their own.

With my newfound religious freedom, I wonder what the dynamic will look like going forward.

Upon hearing my conclusion that there is no life after death, my parents expressed their comfort in the Bible. Several verses refer to a record in which God inscribes each name destined for heaven.

One such verse reads, “And if anyone’s name was not found written in the book of life, he was thrown into the lake of fire” (Revelation 20:15). Obviously, this statement has impending implications for nonbelievers. My parents find solace in my previous relationship with Jesus, and they hope that my name is permanently engraved in the Book of Life, regardless of my present agnosticism.

While they appreciate my honesty, they view me in an unfamiliar light -- as one whose status in the Book of Life might have changed. I ask myself, what will it feel like to be a daughter who is prayed for in this specific way? What will it look like to interact with them as their child but not a child of God? These uncertainties are accompanied by both anxiety and elation.

My parents delivered on their open door policy -- and I could not be more grateful. In fact, I feel enormously liberated. But I cannot promise the same for everyone’s parents. I’m unsatisfied with the scarce amount of resources available to me and I imagine it’s even more agonizing for those without parental support.

Several people commended my “bravery.” I appreciate their words, but it’s unsettling to me that simply existing with a particular set of socially nonconventional beliefs is considered brave. As a member of the white middle class, I have not encountered much adversity. This is the first time I’ve had to go against the grain, and while I now have a greater respect for marginalized groups, I’m appalled at how little progress has been made to bolster the community of skeptics.

There are a number of reasons to encourage secular solidarity. Politically, our voice is underrepresented; according to a 2012 Pew Research Study, openly renouncing God is an unelectable move. Where is our caucus? How can we have genuine influence on the political process if we don’t openly organize? The vilification of our ideologies affects us in the civil sphere, but my main concern is on an individual level.

Fellow heathens, you are not alone. Being forthright in your beliefs might be difficult, but it is not impossible. We are in dire need of a social network, and if you’re hesitant to come forward, know that that reluctance helps perpetuate our marginalization. There is strength in numbers. Our perspectives deserve to be acknowledged. Someone out there is having an identity crisis related to his or her shifting beliefs, and consolation comes from realizing that a united force exists to offer support.

This is the second in a series of occasional essays on how young Americans experience religion and spirituality. Unsolicited submissions are welcome: [email protected]

RELATED: How climate change challenged, then strengthened my faith