Frank Sinatra was so angry at Woody Allen’s alleged treatment of Mia Farrow that he considered taking a hit out on the comedian. (Read about it in David Evanier’s new book on Woody Allen).

But if Old Blue Eyes had gotten his wish, here’s the question: Where would Woody be right now?

According to the comedian-director, nowhere. In his new film, Café Society, a character converts to Christianity because he says that Judaism doesn’t believe in the afterlife.

OK, he doesn’t believe in the afterlife. This is, after all, the man who famously said: “I do not believe in an afterlife, although I am bringing a change of underwear.”

And, perhaps many Jews don’t believe in an afterlife, but Judaism certainly does, and always has. Woody should read Hillel Halkin’s new book on the topic — After One Hundred and Twenty: Reflecting On death, Mourning, and the Afterlife in the Jewish Tradition.

Here goes. Judaism and the Afterlife 101.

This is pretty much the standard view until the book of Daniel, perhaps the last book of the Bible to be written.

“Many of those that sleep in the dust will awaken,” we read, “and the knowledgeable will be radiant like the bright expanse of the sky, and those who have led the many to righteousness will be like the stars forever and ever.” (Daniel 11:2-3). That verse is the beginning of the Jewish idea of personal immortality.

(“Really?” people ask me. “This sounds so….Christian.” Yup. Where do you think Christianity got this idea? From Judaism, with a little help from Greek philosophy as well.)

That is why we say Kaddish for our parents – because that prayer would carry them into the World to Come. At the end of history, the Messiah would come, the dead would be resurrected and they would travel back to the land of Israel – which is why Jews were often buried with sacks of soil from Eretz Yisrael beneath their heads.

That is why autopsy and cremation are traditionally forbidden – because the body must remain whole.

Week after week, at funerals, I recite this prayer: “El malei rachamim, O God of Compassion, let the soul of our beloved rest tachat kanfei ha-shechina, beneath the wings of God’s Presence, along with all the other pure and righteous ones in the Garden of Eden.”

If God is the most powerful presence in the universe, then God must be more powerful even than death, or we would worship death.

Someday, God will defeat even death itself.

That is why there are so many Jewish lawyers and ACLU members and card-carrying liberals.

It is why so many Jews become doctors. Judaism says: See something wrong with this world — and fix it.

But the idea of “this world” and an afterlife can certainly co-exist. In fact, they do.

That is why many Jews, and others, prefer the idea of the immortality of influence — that what we do survives us. Every time an African-American person votes, that vote is a living “kaddish” for Rev. Dr. Martin Luther King, Jr.

A legend says that when we perform a good deed in this world, that good deed becomes a thread — and when we die, God takes all the threads and weaves them into sails for the ship that will carry our soul into eternity.

The mystics say something else: Those threads, they say, become the garments that we will wear in the world to come.

The Hasidic teacher Dov Baer of Mezeritch taught that every mitzvah we do becomes a seed for a tree in the celestial Garden of Eden.

Frankly, I am not surprised that Woody Allen got this basic Jewish idea so wrong.

But, at the very least, all people of faith need to plumb the vast spiritual resources that their cultures offer them. 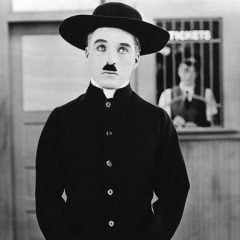 News
Why do so many ‘nones’ believe in life after death?

News
The horrors and hells of Hieronymus Bosch 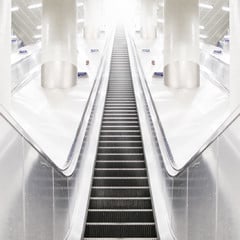