I remember the first time someone called me “gay.”

For two fifth-graders playing at recess, this episode made no commentary on sexuality. Rather, this barb was as an allegation of masculinity—my apparent, ungodly deficit of it.

No casual observer would have mistaken my nerdy, lanky frame for the next coming of Arnold Schwarzenegger, mind you. The 11-year-old me was weak, unathletic, and generally disinterested in matters that captivated most boys my age. According to the well-established rules of playground parlance, this shortage of manly attributes amounted to a crime against my gender. I later came to learn (and much later, unlearn) that this deficiency also was considered a crime against God.

Popular political commentator David French most recently espoused the prevailing conservative viewpoint on this topic when bemoaning the state of modern men for National Review. Riffing on a new study claiming that millennial males are physically weaker, on average, than their fathers, French concludes that today’s young men are “losing touch with a critical element of true masculinity:” their “raw physical strength.”

French says that being a man means being “a protector, builder, and fixer.” By way of example, he says learned to be a man by doing manual labor: changing the oil in his car, building a porch, hauling firewood. In a world of instant oil changes and electric fireplaces, he says, “today’s young males don’t have common touchstones for what it’s like to grow up being a man.”

“Men were meant to be strong,” French writes. “Yet we excuse and enable their weakness.” It’s this strong-versus-weak manhood paradigm that brought me back to that unforgettable day in the schoolyard.

The belief that manliness reveals itself through physical feats and shows of strength recalls long-lost worlds of Greek mythology and Middle Ages folklore, but even today, this notion remains surprisingly pervasive in Christian literature and culture.

The “masculinity crisis” is perpetuated in Christian self-help books like John Eldredge’s Wild At Heart, which ascribes glory to the man who conquers mountains, charges hills, and takes no prisoners (his loving wife excepted). Christian tomes grace bookstore shelves with not-so-subtle titles like The Dude’s Guide to Manliness and Act Like Men. The Manual to Manhood, the No. 1 book for Christian teens on Amazon, includes essays that instruct boys on how to fulfill godly, manly duties like grilling steaks, changing tires, impressing girls, and wearing the right cologne. Church men’s ministries are awash with military-inspired, chest-thumping curricula that liken life to war and equate strength with valor.

What do these depictions of manhood communicate to men who gravitate more towards the arts or classical literature instead of adventure and the great outdoors? What message do they send to those who connect more with God-as-the-great-Lover than God-as-the-ultimate-He-Man?

Not much that’s biblical, in my view.

The Christian Bible paints for us a view of manhood that is much more complex than these simple stereotypes allow. For every biblical reference to warriors like Samson or Saul, we read of characters like young David, a harpist, who through no power of his own defeated a giant. We meet Simeon, known for patiently waiting decades to see God’s promise revealed. Jesus himself notably refused to fight back, even giving up his life and physical body in a history-making display of spiritual strength.

A closer reading suggests that the Bible’s heroes aren’t meant to be models of outward toughness but exemplars of inner fortitude. So why have so many Christians accepted secular standards of masculinity as the basis for biblical manhood?

C.S. Lewis warned against this conflation of Western machismo and scriptural precedent in his seminal work, The Screwtape Letters. In it, the eponymous demon advises a devil-in-training to feed his target “the grand lie which we have made the English humans believe, that physical exercise in excess and consequent fatigue are specially favorable” and, therefore, worthy of divine aspiration. 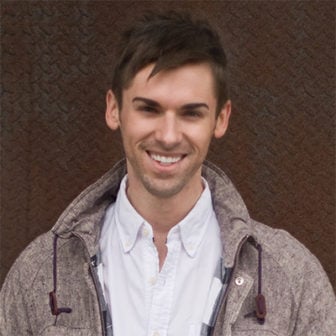 Such misguided thinking, Lewis writes, creates “a condition of false spirituality,” in which the object of godly manhood is confused with that which mainstream culture portrays as truly manly.

When Christians casually throw around loaded terms like “real masculinity” in ways that reinforce—rather than rebut—secular formulas, we oversimplify a nuanced concept best expressed through eternal values, not earthly ambitions.

Popular Christian notions of manhood shame, repel, and ruin too many young boys and men who fail to meet those standards and who do not possess dispositions toward “typical” masculine behaviors. Rather than push them into wholesale rejection of the male archetype, we should instead call them to virtuous—and, yes, manly—aspirations of humility, service, kindness, and wisdom.

Maybe today’s Christian men should focus less on “acting like men” and more on acting like Christians. Surely, this includes speaking about gender in ways that are loving, hopeful, nuanced, and biblical. We owe at least this much to the boys in our schoolyards, ministries, and homes.

Chandler Epp is a communications strategist, creative director, and recovering politico residing in Washington, DC. He knows he’s a nerd because he asked for Microsoft Publisher software for his tenth birthday.