(RNS) They are unlike any other group of Jews in the world, and they are growing in what may seem the most unlikely of places: a remote collection of villages in eastern Uganda.

In a country where Jews represent less than one-hundredth of 1 percent of the population, and where Judaism was banned in the 1970s under Hitler-admiring dictator Idi Amin, the Abayudaya will open a new, larger synagogue Friday (Sept. 16).

“The Stern Synagogue” is named after Southern California philanthropists Ralph Stern, who was born in South Africa, and his wife, Sue. The building, which they helped finance, will serve the 2,000 or so Abayudaya, who have grown since they numbered about 300 under Amin’s persecution. Its 7,000 square feet include a main sanctuary, an ancillary prayer room and a mikvah, a Jewish ritual bath. The new Abayudaya Stern Synagogue is opening in Uganda on Sept. 16, 2016. Photo courtesy of Be’chol Lashon

The Abayudaya had once been much larger, about 8,000 strong, said Diane Tobin, the director of  Be’chol Lashon, a San Francisco-based non-profit whose name means “in all tongues” in Hebrew and which advocates for Jews of color worldwide.

Tobin first became aware of the Abayudaya (which means “people of Judah” in Luganda, the group’s language) in 2002, as she was seeking out far-flung communities.

The Abayudaya’s leader — Rabbi Gershom Sizomu — was eager to connect and asked for help combating malaria among his people. Be’chol Lashon sent mosquito nets, built a medical clinic and financed the digging of clean water wells. Then it financed Sizomu’s five years at the Ziegler School of Rabbinic Studies at American Jewish University in Los Angeles. 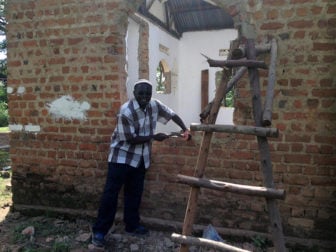 Although Rabbi Gershom Sizomu was overjoyed to begin construction, it was bittersweet to say goodbye to the synagogue that he and others built in the 1980s after the overthrow of the repressive reign of Idi Amin. Photo courtesy of Be’chol Lashon

“He is one of the more compelling, courageous people that I have met,” said Tobin of the Ugandan rabbi.

Sizomu has encouraged his followers to battle both prejudice and poverty in a region that is mostly Muslim and a country that is mostly Christian. And in February, he became the only Jew to win a seat in Uganda’s Parliament.

“We don’t ask for a lot,” Sizomu told Newsweek this spring. “Political influence is good for our survival. I can use this position to advocate for my people.”

Also on behalf of his people, Sizomu appealed to the Jewish Agency for Israel, an organization that helps bring immigrants to the Jewish state. The agency this year formally recognized the Abayudaya as Jews, which will raise their profile among Jews worldwide and allow Israel to accept them as migrants under its Law of Return, which gives any Jew worldwide refuge in Israel. 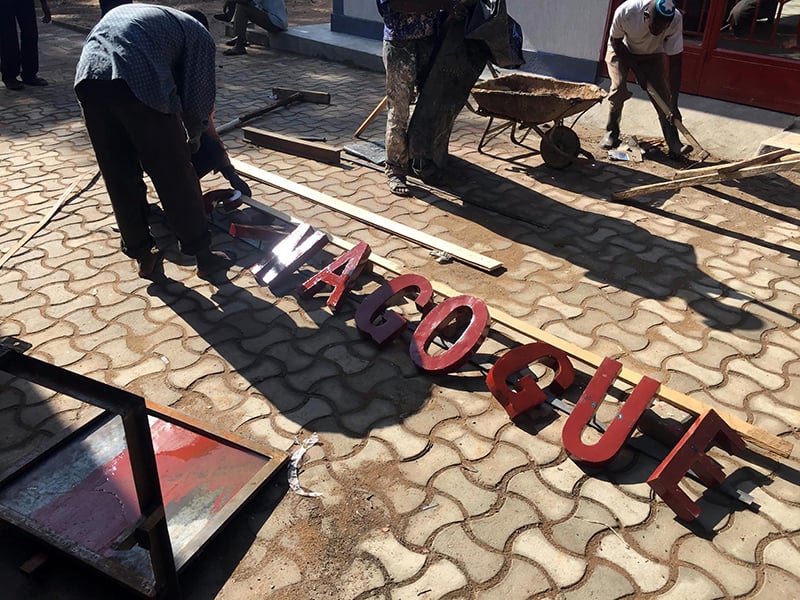 But Tobin said that she expects most of the Abayudaya to stay in their Ugandan homeland.

They are unusual among African Jews in that they are neither European in origin — as is most of South Africa’s Jewish population — or among the ”lost tribes” of Israel — as most of Ethiopia’s Jews consider themselves.

The Abayudaya, rather, are relatively recent converts. British missionaries converted their forefathers to Christianity in the late 19th century. At the beginning of the 20th century their leader announced that he accepted the Torah — the five book of Moses — but not Christian teaching.