A few years ago, for a five-minute activity I’d offered to lead at a Mormon youth camp, I took five twenty-dollar bills and put them through heck.

I enlisted a friend to help me spit on them, stomp on them, rip a corner or two, encase them in sticky marshmallow, and then roll them around in the dirt for good measure. Only when they were truly filthy did I deem them ready for prime time.

To begin the activity I enlisted five youth volunteers to come forward without knowing why or what they were going to have to do. (Brave kids!) To each I handed a twenty-dollar bill that looked considerably worse for wear.

And then I enumerated all of the terrible things I had done to this currency.

“This money has been around the block a few times,” I warned them. “It’s been mistreated and abused. It started out clean, but it’s pretty disgusting now. I would totally understand if you don’t want to touch it, if you want to just give it back.”

None of the kids made a move.

“What, none of you want you return the money? Why on earth would you want to keep it?”

One of the youth immediately hit upon the answer I was looking for: “Because no matter what happened to it, it’s still worth twenty dollars.”

I don’t know what, if anything, those kids might remember from this object lesson (other than that I let them keep the $20!). But here is what I was trying to communicate:

Throughout your life, things may happen to your body that make you feel less than clean, less than whole. Girls especially live in a culture that defines their intrinsic worth based on whether they are “virtuous,” which Mormons often use as shorthand for “sexually untouched.” (If you don’t believe me, check out the cross-references for “virtue” in the LDS Topical Guide; the very first “see also” listed there is chastity.)

Some people may tell you that if your body has been sexually active, whether through your own choices or because you were violated by someone else against your will, that you are somehow deficient: you are the plucked rose, the chewed-up piece of gum.

I want you to remember, though, why it was that none of you chose to return your twenty-dollar bill. It was because you knew it had inherent value, that its worth had been guaranteed by something bigger. Your worth has also already been 100% guaranteed. You were created by Heavenly Parents and are backed by their full faith and credit. Nobody and nothing can take that worth away from you.

Yesterday I was happy to see the removal of a difficult Book of Mormon verse – what biblical scholar Phyllis Trible might call a “text of terror” for women – from the Young Women’s Personal Progress program. The passage relates the story of Lamanite daughters who were raped, and considers “depriving them of that which was dear and precious among all things, which is chastity and virtue” an almost unspeakable sin. As Kristine Haglund pointed out several years ago in a By Common Consent post that asked the church to remove this verse from the YW program, the passage suggests that a woman’s virtue is her most important quality and is at risk of being taken by force. 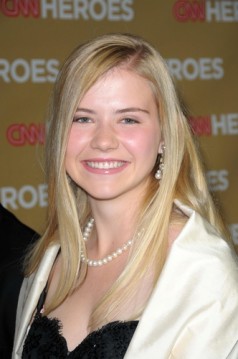 De-emphasizing this verse is a good start (though of course it’s still in our scriptures), and there are other signs of change in Mormon culture, including the disappearance of Spencer W. Kimball’s classic statement that chastity, once lost or forcibly removed, can never be regained. I certainly don’t hear that taught in the LDS Church nowadays—and I’m sure that if I did, a whole cadre of younger women would speak out against it.

One of those brave and powerful advocates continues to be Elizabeth Smart, who spoke out earlier this month in an interview with Broadly.

“People need to realize there is nothing that can detract from your worth,” she said. “When it comes to rape and sexual violence and abuse, that can never detract from who you are.”

NOTE: I first read about this dollar-bill activity in Christine Caine’s book Undaunted: Daring to Do What God Calls You to Do. Check it out! 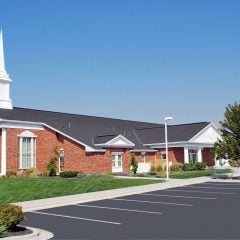