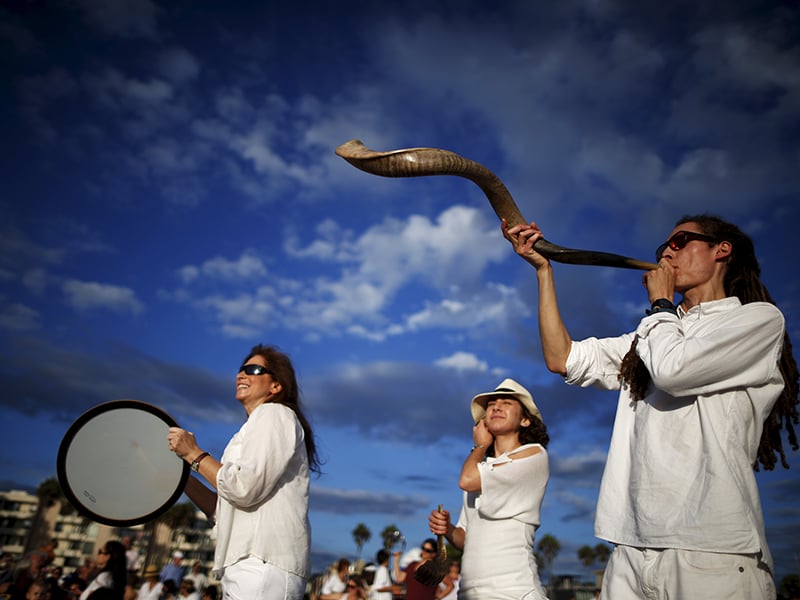 Jared Stein, right, blows a shofar as Rabbi Naomi Levy, left, plays a drum at the Nashuva Spiritual Community Jewish New Year celebration on Venice Beach in Los Angeles on Sept. 14, 2015. As Jews take part in the Tashlich prayer, a Rosh Hashanah ritual, breadcrumbs are tossed into the waters to symbolically cast away sins. Photo courtesy of Reuters/Lucy Nicholson

(RNS) This election — it’s driving everyone a little meshuganah, to use the Yiddish word for “crazy.”

So as the High Holy Days approach for Jews, and their rabbis are putting the finishing touches on their sermons, one wonders: Will they dive into the topics making headlines these days — among them: the roiling politics, the Black Lives Matter movement and immigration?

Or will rabbis avoid jumping into the messy stew of issues that have divided us in the months leading up to the Jewish New Year?

We asked three rabbis, from the largest streams of American Judaism — Reform, Conservative and Orthodox, which differ mainly in the stringency of their interpretations of Jewish law — to preview what they will tell their congregations on Rosh Hashanah (the Jewish New Year) and Yom Kippur (the Day of Atonement.)

These holidays bookend what is also known as “The Days of Awe,” which begin Sunday (Oct. 2) at sundown and end 10 days later (Oct. 12) at sunset. 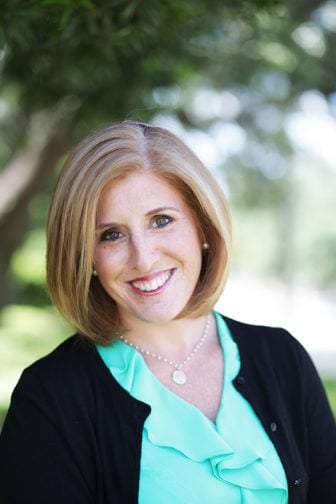 “I’m giving three main sermons over the course of Rosh Hashanah and Yom Kippur and I wanted to talk about things on people’s minds, but not make them exclusively political,” said Rabbi Mara Nathan.

The first woman to serve as senior rabbi of a major congregation in Texas, Nathan will speak to the 970 families in Temple Beth-El about listening with compassion.

“The ability to listen and disagree is part of Jewish tradition,” and will serve as her entree into talking about a polarized nation this election season, said Nathan.

Another sermon will grapple with Israel, a difficult subject even among American Jews, who feel varying levels of connection and responsibility toward the world’s only Jewish state. Nathan will discuss how Jews tend to see themselves — as a tiny portion of the world’s people who have suffered millennia of persecution and continue to be marginalized — and how others often see Jews — as powerful and influential, both in the U.S. and in the Middle East.

Nathan’s third sermon, on aging, is the least tied to current events but is a topic she wants to cover given the significant proportion of  Beth-El’s congregants in their 80s and 90s. How do we protect the elderly among us, she will ask, but at the same time respect their autonomy and dignity?

“I like to give at least one sermon that I could give any year,” she said. “People are craving the truth in their lives that goes beyond the anxiety of what’s going on in the public square.” 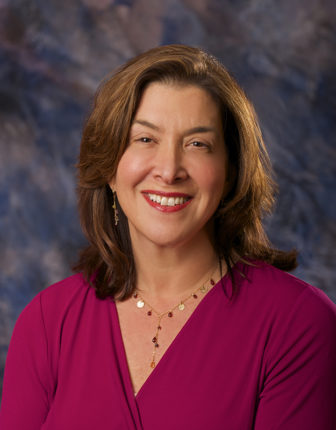 “No clergy is supposed to endorse a candidate from the bimah,” said Debra Newman Kamin, using the Hebrew word for the platform from which rabbis lead services. But in her liberal-leaning synagogue of about 400 families, “I expect 90 percent of the congregation agrees with me and they are pretty aware of my political views.”

There is no need then, she said, to talk directly about the presidential election, she said. “And people concerned about this election are depressed enough.”

“On the right we hear some racist things that are scary,” she said. But from the left too, she said, come words that make Jews despair: the plank in the Black Lives Matter platform, for example, that accuses Israel of genocide.

At the beginning of  Yom Kippur — the holiest day of the Jewish year — she will talk about divisions within the American electorate and society. “Judaism has a lot to say about the fear of the stranger,” said the rabbi.

“Judaism can’t tell us exactly what our immigration policy should be,” she continued. “But the most repeated law in the whole Torah is ‘you were a stranger, and don’t mistreat the stranger.'”

The inspiration for this sermon comes in part from a visit she and her husband made to the 9/11 Memorial in New York this summer, where she looked down into the memorial fountains — each an abyss representing one of the Twin Towers – but also saw “a ray of hope” in the light glinting off the new Freedom Tower.

“We all live at the nexus point between hope and despair,” she said. “As Jews we have a lot of experience living at this nexus.” 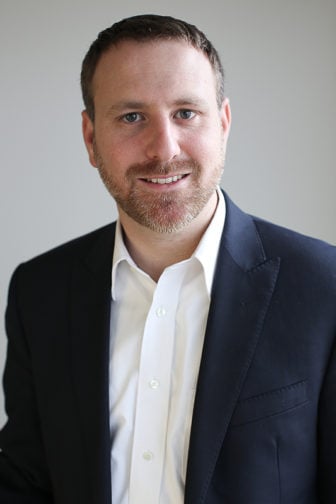 “I am going to talk about harnessing habits of holiness,” said Rabbi Yonatan Cohen, who was ordained in a progressive Orthodox seminary founded by Rabbi Avi Weiss and has led Beth Israel for the past 10 years.

Cohen will deliver five sermons to his congregation on and between the holidays, all focusing on “middot,” the Hebrew term for character traits. His first four will each focus on a particular virtue: empathy, gratitude, humility and holiness. In the fifth, he will tie them together, and talk about what people can do to cultivate these middot in their lives.

Cohen, who leads a congregation of 250 families, said he tries to hit on existential themes in his High Holy Day sermons, though the word “sermon” in synagogues — particularly Orthodox ones — is often not used. He gives “drashot” — interpretations of text in Hebrew.

“What are the traits which make for a religious life, both connection to community and connection to God?” he said he will ask the congregation. “In my sermon about empathy, I’m both dealing with empathy toward other people, and also looking at it through a theological lens: ‘What does it mean to live in God’s world?'”

The inspiration for his various High Holy Days drashot, which Cohen said he starts thinking seriously about in June each year, come from different places. The one on empathy draws from a book he read: “The Empathy Exams.” It’s not a religious text, but a journalist’s essays on what it means to be truly empathetic and how people can extend empathy to even those with whom they disagree.

And this is but one place where Cohen’s drashot will comment on current-day politics and public affairs, he said, without explicitly delving into candidates and political movements.

“Empathy and humility,” he said. “I do think they are lacking in the public square.”