The modern debate over LGBT issues is like Moses’ staff: it has the power to part the world into two disunited halves.

This became more apparent last week when Jen Hatmaker affirmed same-sex marriage and relationships in an interview in this forum. I did not anticipate the article would create such widespread conversation. After all, Jen is hardly the first Christian leader to make such comments. But I was surprised at the level of anger and frustration the article produce among those with differing opinions. (Perhaps we’re all just amped up from the insanity of the impending election.)

For the past week, I’ve watched Christians play judge, jury, and executioner with Jen and with each other. Name-calling. Villianizing. Public statements. Calls for boycotts. All actions taken by Christians and directed at their spiritual siblings.

The whole affair has me wondering whether it is possible for either side to disagree about LGBT issues in a loving way. That is, without demonizing others as haters or heretics, Pharisees or apostates.

To explore this question, I decided to speak to my friend Andrew Marin, a straight man who works to build bridges between Christian communities and the LGBT community. He is also author of Us Versus Us: The Untold Story of Religion and the LGBT Community, a book that discusses this topic through the lens of the largest national scientific study ever done in the LGBT community regarding religion and sexual orientation.

Here, we discuss how to dialogue about these issues with love. But more importantly, I’d like to know what you think. So feel free to leave your opinion in the comments section below.

Love must never be defined as “agreement.” Love must be greater than contemporary society’s binary outcome suggesting love is only experienced when one socially, politically, and religiously agrees with their other.

The research study behind Us Versus Us reports 93 percent of LGBT people define love in a religious context in more expansive ways than just agreement on the theology of sin and same-sex marriage. This runs in direct opposition to the cultural narrative that demands the LGBT community and broader church can only love, and lovingly engage each other, when all parties agree on those two matters.

I have gay Christian friends who say they love their same-sex partners. They say that their love for each other is what makes them want to wed. Is that love under your definition?

The point is that interpersonally, your friends love each other to the same extent of love as any heterosexual couple’s feelings of love. As I try to remind more conservative religious factions, there is a difference between affirmation and validation. This conclusion is not about whether one agrees or disagrees with your friends; it is about functioning in the reality that love is not always defined as one might believe in their own mind. Until people from both ends of the theological spectrum begin to realize that “differences between convictions and reality” is not inherently bad, people will unnecessarily continue getting hurt.

The research data behind Us Versus Us found that out of the 86 percent of LGBT people raised in a religious community from birth to age 18, only 36 percent continue in their religious setting. From there, 12 percent of LGBT persons continue practicing in a theologically conservative setting, even after they come out and even if they are in a relationship with a person of the same sex. When asked why an LGBT person would stay in a theologically conservative faith community after coming out and dating someone, the significant responses are as follows:

A common response from this set of statistically significant responses came from Nate, a 22-year-old gay man from Indianapolis: “While there continues to be certain things I disagree with, disagreement would still be a part of any community I’m involved with. Including my own gay community. When faith is thrown in the mix even more!” 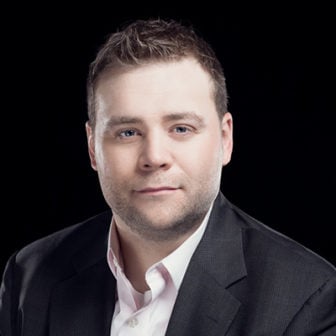 You talk about LGBT persons who have left the church, but they still love the church. How many LGBT people are open to returning to church, and why would they want to be a part of a community that has hurt them in the past?

Our data found that out of the 54 percent of LGBT persons who leave their religious community after the age of 18, an astounding 76 percent of them are open to returning—including almost one-third who are open to potentially returning to a theologically conservative faith community. When asked what would influence this group to return, their statistically significant responses are as follows:

You describe a pretty powerful love for the church among LGBT persons, claiming that many aren’t concerned about a church’s disagreement with them on what constitutes as “sin.” How can this be?

One of our over 1,700 national participants was Sarah, a 21-year-old lesbian living in a small town in Wisconsin. Her answer to your question is the following:

I came out publicly when I was 17, and remember how horrible I felt leading up to the conversation I was going to have with my pastor, and ultimately my church. And because I live in a small town I knew I was coming out to my whole town at that point too. To my complete shock, the most memorable response I got actually came from my pastor. He said, ‘We are going to learn to overcome hate together. We aren’t going to hate each other. Then we’re going to help our congregation learn to not hate either.’ I know he doesn’t support gay marriage. But for him to say that and then be by my side these last few years…I couldn’t have asked for anything more. I know this isn’t everyone’s experience, but as cheesy as it sounds, there has to be a God and miracles do happen.

You write about LGBT issues and faith, yet you refuse to publicly state where you stand on same-sex marriage. How can you be an advocate on an issue when you won’t be forthcoming about your position on the matter? Is this this most loving approach on your part?

I get this question a lot, and I appreciate each time. Simply, I’m not an advocate. I’m a bridge builder. And there is a difference between the two. A few months ago I explored this rationale in more depth here.