But in March, the small, multicultural church got a new website. 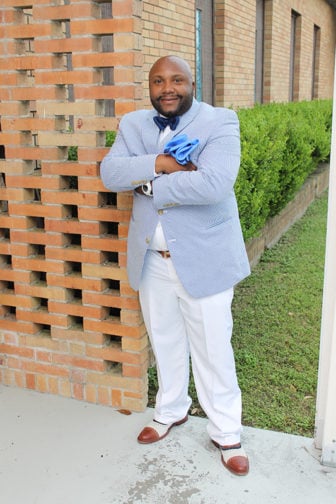 Six months later, its online postings helped boost attendance at its “Youth Car Wash and Enchilada Sale” as well as its “Hallelujah Night” on Halloween.

“It has been a really great tool as far as witnessing to the community and bringing people into the church,” said Pastor Ahmad Haywood, who leads the congregation attended most Sundays by 25 to 40 people.

In February, TicketNetwork executive Don Vaccaro started Grace Church Websites to meet a need he discovered while talking to his friend, the Rev. Boise Kimber of New Haven, Conn.

“We had purchased a website for over $1,000 and the persons that we purchased the website from, they disappeared,” said Kimber, of his predominantly black First Calvary Baptist Church.

After a discussion with Vaccaro, Kimber’s church now has a free website. It became the role model for the company the two men launched. 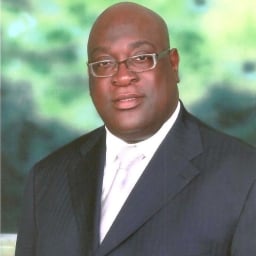 More than 670 participating churches and nonprofits, many of them predominantly black or Hispanic, have new sites. They include African Methodist Episcopal, Church of the Nazarene, United Methodist and nondenominational congregations as well as chapters of the Rev. Al Sharpton’s National Action Network.

“A lot of people could not afford to buy the domain and some of the churches are rural churches,” said Kimber. “We are certainly dealing with the digital divide and trying to open the doors for more advancement for people who are in need.”

The websites have similar templates — including an “about us” page, a listing of service times and a contact page. Some churches make regular changes to the sites, adding calendar dates for choir rehearsals and Bible study conference calls. Each site also includes links to Grace Church Websites and TicketNetwork, which hosts an online exchange for buyers and sellers of tickets to sports and entertainment events.

RELATED: Why technology didn’t (and won’t) destroy the church

But other churches haven’t used their sites as much and still have avatars displaying a gray silhouette rather than the actual photos of leaders of the church.

Websites in general are not always a one-stop way of adding people to a church’s pews. Researcher Scott Thumma of the Hartford Institute for Religion Research said there is “still neither overly robust nor effective use by a majority of congregations” of the internet and social media.

Scott Thumma teaches at Hartford Seminary in Connecticut and is director of the Hartford Institute for Religion Research. Photo courtesy of Jossey-Bass

“Smaller churches, including minority ones, are less likely to use and/or have technology,” he said. “So a company that targets smaller churches and especially minority ones is really doing a great service for those that need it the most.”

A  2015 Faith Communities Today survey, which is to be released early next year, indicates that about 80 percent of some 4,400 congregations have websites, a 10 percentage-point increase from 2010. Thirty-one percent offer online giving, which raises annual per capita giving in those congregations by $114 per person.

Vaccaro, whose TicketNetwork offices are based in South Windsor, Conn., estimates that Grace Church Websites — which originally had a goal of 300 nonprofit websites — will have 1,000 participants by the end of March 2017.

He said his company has a 12 percent black workforce and he wanted to expand outreach to the urban community.

“Now the congregations all own those websites and what they seem to do is involve other folks in the church with updating them, understanding digital arts better, understanding some of the process flows of how video is delivered online,” he said. 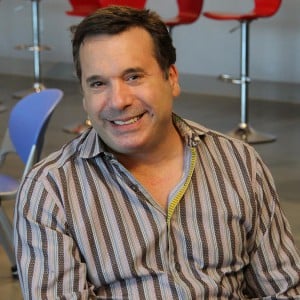 Vaccaro, a Southern Baptist, said more than 10,000 unique visitors a day connect with the sites overall, and he estimates that it cost his company about half a million dollars to create the system and provide hosting and routine maintenance. He has committed to host the websites for at least five years. He hopes that eventually the websites might serve as ways for churches to network with local business communities.

“I wanted to bring churches back a little bit in prominence because they really do deserve that in our society,” he said, noting that he feels they’ve become an “underdog” even though they often are the ones needy people approach in tough times.

The Rev. Lois Aroian, pastor of First Presbyterian Church in East Jordan, Mich., said a website has allowed her predominantly white congregation to move beyond using email and word-of-mouth to inform people about its events.

The website of the church, where about 50 worship on Sundays, includes sermon texts as well as links to the regional groups and the Presbyterian Church (USA) denomination with which it is affiliated. And Aroian is looking forward to learning how to do more, including replacing the anonymous avatar with her photo.

“I’m 70; I learn all of this stuff just by hit or miss,” she said. “And I haven’t yet figured out how to record sermons and post them to the website, but I’m sure that some 12-year-old in our congregation would be able to tell me how to do that.”