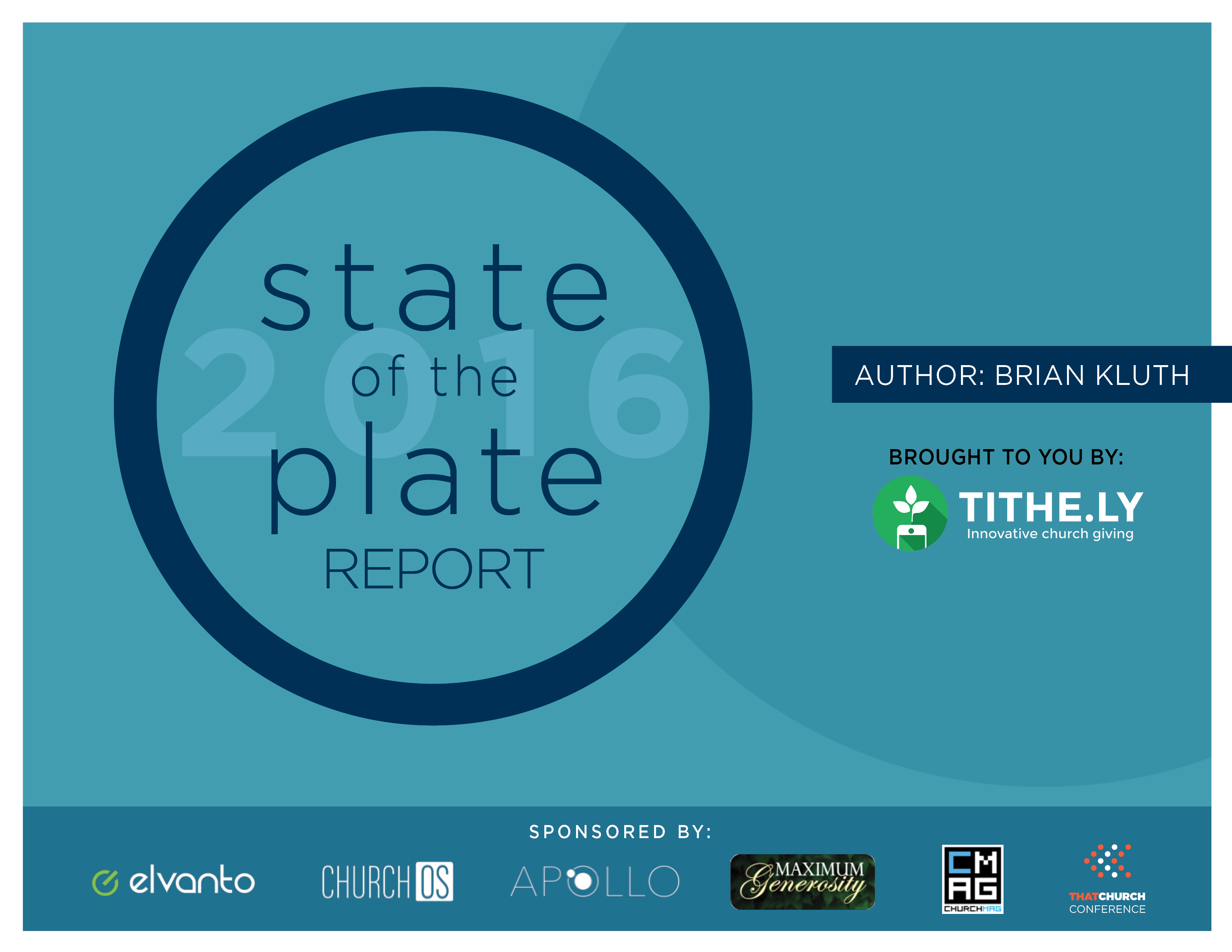 DENVER -- The State of the Plate surveyed nearly 1,600 pastors, leaders, and laypeople to assess the current state of giving to churches in America. This year’s constituency based survey was a collaborative research project by Brian Kluth’s MAXIMUM Generosity ministry and leading church technology providers, Tithe.ly, Elvanto, ChurchOS, Apollo Apps, and ChurchMag.

The survey asked pastors, leaders, and laypeople from churches of all sizes and types across the United States to report on their church giving patterns and practices.

The findings from the 2016 survey reveal a dramatic shift in giving over the past three years, compared to the last time the survey was conducted in 2013. Giving has flat-lined or decreased for the majority of those surveyed, which has many churches scrambling to implement more modern giving solutions.

Key findings from the 2016 State of the Plate survey:

With more and more people shopping and paying bills online or through apps and auto-pay services, hardly anyone carries physical checks or cash on them anymore. Yet the number one way churches collect donations is by passing a bucket or plate during worship services.

Our research indicates that the need for digital giving solutions like those provided by Tithe.ly, are becoming increasingly important for churches, especially as younger generations are giving more and more.

For a copy of the 19 page report with ten key findings, seven graphs, and recommended resources to increase church giving go to http://tithe.ly/SOP2016. Plus, check out the incredible and shareable State of the Plate 2016 INFOGRAPHIC - http://get.tithe.ly/state-of-the-plate-2016-report-infographic/.