In 2010, Barna Group released a poll indicating that 4 out of 10 non-church Americans claim they do not attend due to negative experiences with churches or congregants. Seven years later, I doubt the numbers have improved. Countless Americans have been hurt by a church’s negative teachings, oppressive policies, immoral leaders, rigid expectations and misbehaving members.

But speaking of such matters has become taboo, creating a liability for religion writers like me. Some seem to believe that critiquing Christ’s church is the same as critiquing Christ. When I’ve engaged in the former, I’ve been called “hater,” “pessimist” and “whiner,” among other labels not suitable in print.

Maybe you’re like me. You love the church and have never left it. But you persist in belief that honesty is the only path to truth and confession opens the door to growth. If so, you need Carol Howard Merritt’s wonderful new book, “Healing Spiritual Wounds: Reconnecting With a Loving God After Experiencing a Hurtful Church.” She deals with how to share your suffering while healing from hurt.

Here we discuss the types of churches that inflict the most pain, how to heal, and of course, exactly how we are (not) related.

RNS: Let’s start by addressing the elephant in the room. Explain to my readers exactly how we are related. I know it has to do with my Uncle Earnest’s second wife, but I can’t remember the details.

CHM: Over the years, people have asked me if I was your wife, sister or cousin. Alas, there is no immediate relation to my knowledge. Although, I think we should work out an honorary cousin agreement.

RNS: What are the most common spiritual wounds inflicted by churches today?

CHM: During my lifetime, it seems the most powerful damage the church inflicts has to do with gender and sexuality — when religion upholds complementarian gender roles, obsesses over purity culture or condemns LGBTQ relationships.

The judgment goes far beyond dirty looks when people try to attend a worship service. Christians work tirelessly to reduce access to birth control and dismantle vital health services for women. They launch powerful political campaigns to stop same-sex couples from entering into loving covenants. And churches encourage parents to reject their own sons and daughters, severing families in the most painful ways when they do not adhere to certain religious sexual norms. All of these diminish our faith until it shrinks into a regimen of behavior control at the expense of our most cherished relationships. RNS: Why are spiritual wounds so damaging and impactful?

CHM: Augustine said that our hearts are restless until we find our rest in God. Most of us are spiritual people. We live with an innate understanding that we must connect with something larger than ourselves, that our lives will make more sense when we understand a greater purpose. Liberal thinkers identify this existential longing as a “feeling of absolute dependence.” Conservative Christians identify it as a “God-shaped vacuum.”

When a person has been spiritually wounded, that trauma carries the weight of God with it. The pain becomes entangled with our intimate knowledge of who God is, so we lose that link with something larger. When we try maintain this vital connection with God, we begin to think that God is the one who hurt us — so God must be cruel or perhaps we deserved punishment.

RNS: Are there particular kinds of churches that seem to inflict harm disproportionately?

CHM: Yes, there are certain churches that can be more complicit in abuse. Religion has the capacity to inspire us to be peaceful, loving and fully human in the best sense, or it can make us controlling, violent and cruel. We can learn a lot about how a church inflicts harm by listening for the ways that they describe God. People reflect the God they worship. So if people focus on an angry God, then they become angry people. On the other hand, if people worship a loving God, then they can be inspired to move about in the world as a beloved community.

RNS: I know you aren’t a fan of the prosperity gospel. How do these kinds of churches often wound people?

This kind of churches cause spiritual damage when it upholds the wealthy as blessed by God and shames the poor. It allows Christians to feel completely justified as they construct a society that no longer wages war on poverty, but on poor people. While Jesus commanded us to feed the hungry, clothe the naked and welcome the stranger, the prosperity gospel has proclaimed terrible news. Like a bad politician, it promises lollipops and rainbows while encouraging us to turn our backs on the most vulnerable in our society. 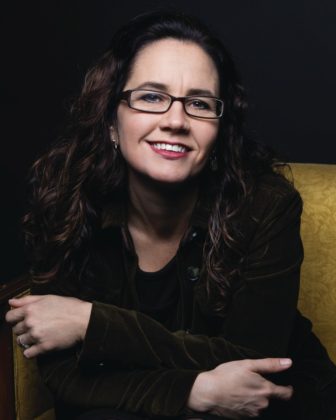 RNS: What about “new Calvinism”? I know people who feel these types of churches inflict a disproportionate amount of pain. What do you think?

CHM: I’m a Calvinist and a pastor in the largest Presbyterian denomination, with the deepest historic roots. I study and teach alongside feminist theologians and biblical scholars. We read Calvin with a generous lens, as people who are reformed and still reforming.

I don’t have a lot of experience with new Calvinism. I was confused when people disparaged Calvinists as ultraconservative, or writers who talk about Calvinists as something completely different from the largest and most historic streams of thought. The main exposure I have to new Calvinism are the avatars who attack me and other women writers regularly online. I physically wince when I think about them, like a dog who has been hit by her owner. So if we’re judging social media interactions, it seems new Calvinism stands in the forefront of Christians who inflict pain.

CHM: We have to understand God in a different way and untangle God from the person or church that wounded us. This can be difficult, since most of us naturally connect with God through certain people or communities.

If we grew up imagining God as angry and vengeful, we might think we deserve to suffer and pay divine retribution. Yet, if we embrace that God is love and reject every notion that goes against that understanding, then we can realize God’s true role in our pain. God does not wound us, God weeps alongside us.

RNS: Is it important to speak out about failures of the church and religious leaders in your opinion or is that bullying the bride of Christ?

CHM: As a pastor and religious leader, I receive a lot of complaints and it can feel exhausting. Hearing about a church’s failure can hurl us into hopelessness. Christians have incited religious warfare, homophobia, racism and the subjugation of women. We’ve been responsible for policies that have contributed to gross economic disparity. We have a lot to confess.

That’s why it’s extremely important for us to take inventory of the things that we’ve done wrong, seek forgiveness and change our ways. I shudder to imagine someone who would be afraid to tell me about my failures, particularly if I’ve hurt that person. And if a person tells me about the failures of the church, I hope I would be able to have compassion and reconcile with the person.

RNS: What role does sharing our suffering play in healing from church-inflicted wounds?

CHM: As Christians, this concept is particularly vital because we have a suffering God, and so we know that we are not alone in our pain. Jesus was wounded; he still has the scars. He hears us.

There is something powerful about going through sickness, grief or pain in community. We can have a deep awareness that people know, in their gut, what we’re going through. We can have compassion for others who ache. Sharing our suffering gives us inspiration to get through pain, because we know someone who has gone before us and endured. And it can allow us to remove the stigmas or shame surrounding our suffering.