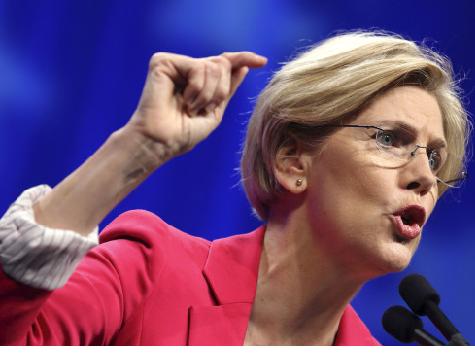 Did that really happen?

Senator Elizabeth Warren was testifying in the Senate Chamber about the nomination of Senator Jeff Sessions for the position of attorney general.

Senator Warren was in the middle of reading a statement from the late Coretta Scott King about Sessions, when Senate Majority Leader Mitch McConnell interrupted her, accusing her of impugning the motives and character of Sessions.

Senator Warren had the monumental chutzpah (do I have to translate that?) to bring in outside testimony about Sessions’ alleged racism -- and for that testimony to come from a highly respected source of authority.

And then, the Senate voted to rebuke Senator Warren for her words.

This could not have happened during a more appropriate week in the Jewish calendar.

This Shabbat is Shabbat Shira, the Shabbat of song. It bears that name because the scriptural readings for that day consist almost entirely of songs.

There are two words for “song” or “poem” in Hebrew, and they differ by only one letter – the final letter heh.

One Hebrew word for “song” is shir, which is masculine in form, and the other is shirah, which is the feminine version.

What is a feminine kind of song?

I am glad you asked.

The first is the song at the Red Sea that Moses, Miriam and the Israelites sang after the waters of the sea parted and they were able to cross victoriously (Exodus 15).

The second song comes from the haftarah (prophetic reading) for this Shabbat -- the song of Deborah, from the book of Judges (Judges 5).

In fact, if you come to synagogue this Shabbat, you will be hearing almost nothing but the songs and words of kick ass women 0f (“binders full of women”) who would be proud of Elizabeth Warren.

First, Miriam, the sister of Moses and Aaron. She begins life by watching over her infant brother, Moses, as he is adopted by Pharaoh’s daughter. (Exodus 2: 7).

Then, she makes an appearance in this week’s Torah portion – leading the Israelites in jubilant song after the parting of the Red Sea.

Finally, in Numbers 12, she gets herself in trouble for criticizing Moses; of course, Aaron also criticized Moses, but he got off scot free.

Miriam is feisty -- even a little "out there."

According to an ancient biblical interpretation, Moses' parents, Amram and Yocheved, decided to live apart in Egypt because they did not want to bring any more children into a world of slavery and oppression.

Their daughter, Miriam, convinced them to get back together.

"This is wrong!" she said. “By refusing to live together and to have any more children, you are depriving our people of a future!"

One source says that Miriam was five years old when she did this.

In the days of the judges, Deborah was both a tribal leader and a prophetess.

She counsels the Israelite general Barak to draw the Canaanite general Sisera into battle. Barak, for his part, is ready to defer to Deborah:

‘If you will go with me, I will go; if not, I will not go.’ ‘Very well, I will go with you,’ she answered. ‘However, there will be no glory for you in the course you are taking, for then the Lord will deliver Sisera into the hands of a woman.’ (Judges 4:8-9)

That is precisely what happened. And even though Deborah was total kick ass, the woman who would be the undoing of Sisera was another woman.

Yael invites Sisera to enter. “Come in, my lord, come in here, do not be afraid. So he entered her tent, and she covered him with a blanket…” (Judges 4: 18).

We do not know what Sisera was expecting from Yael, though we can certainly guess.

According to the Talmud, Yael was so attractive, that even her voice roused desire (Megillah 15a). No doubt Sisera had some lascivious thoughts about Yael.

And because of this, the Israelites defeated the Canaanite army.

Back to Senator Warren.

To paraphrase “Dirty Dancing”: Nobody puts Elizabeth in a corner.

This Shabbat, we will sing about women who were unafraid to sing, and speak, and to speak out. We will think of Elizabeth Warren.

No, Senator Warren was not successful. Jeff Sessions has been approved.

But, here is another woman’s voice on the subject of success.

Years ago, in the midst of the Ethiopian famine, Mother Teresa was working feverishly, trying to save lives. People were dying on all sides.

A reporter asked her: “How can you keep on doing this, knowing that you will not be successful?”

She replied: “The purpose of life is not to be successful. It is to be faithful.”

But, she was faithful to her vision of America.

As for Mitch McConnell, and the entire Senate – you should be ashamed.