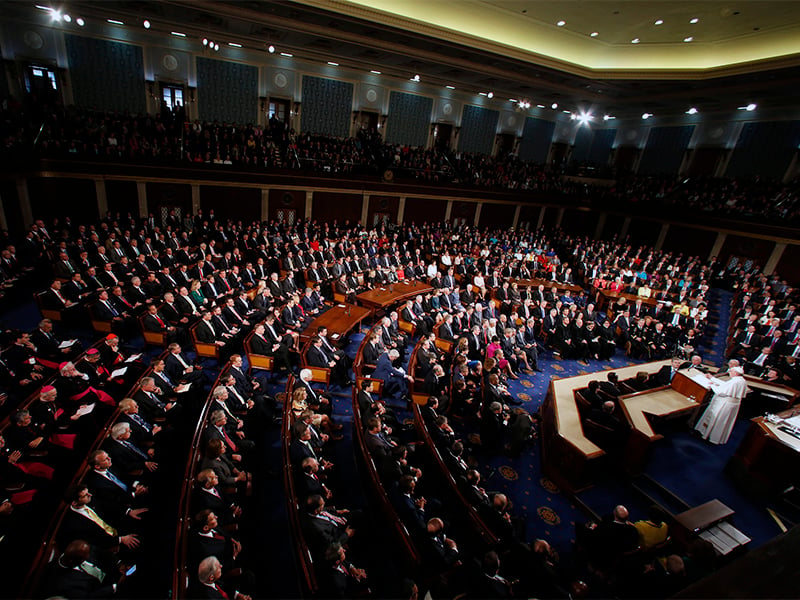 The scorecard rated senators on 14 legislative votes and representatives on 25 in the legislative session that began in January 2015 and ended in December 2016, and then factored in caucus work on the issue during that period.

The ranking was released by the 21st Century Wilberforce Initiative, a nonprofit group that advocates for religious freedom. Its website says it does that "from a distinctly Christian perspective while working on behalf of all individuals regardless of religion, belief, ethnicity, or location."

The scorecard focused on legislators' responses to measures such as a Senate resolution condemning Iran for its treatment of its Baha'i minority, and House resolutions on the protection of Coptic churches in Egypt and on combating anti-Semitism in Europe.

The report concludes that while both Republicans and Democrats should have done better, with most scoring lower than an A or B, "the Senate has been less engaged in promoting religious freedom than the House."

The report's authors said they hoped the scorecard would encourage recognition of those who prioritize international religious freedom issues and inspire legislators to pay more attention to those oppressed abroad because of their religious identity or practice.

"Having served 34 years in Congress, I know that the International Religious Freedom Congressional Scorecard is a much-needed tool," said former Rep. Frank Wolf, R-Va., a distinguished senior fellow at the Wilberforce Initiative who made religious freedom abroad a focus of his tenure in the House.

Support for the Frank R. Wolf International Freedom Act, which calls for stronger U.S. responses to religious freedom violations abroad, increased senators and representatives scorecard grades. The act was signed into law by then-President Obama in 2016.

The 21st Century Wilberforce Initiative is named after William Wilberforce, an English parliamentarian, evangelical Christian and leader in the late 18th and early 19th centuries of the movement to abolish slavery.