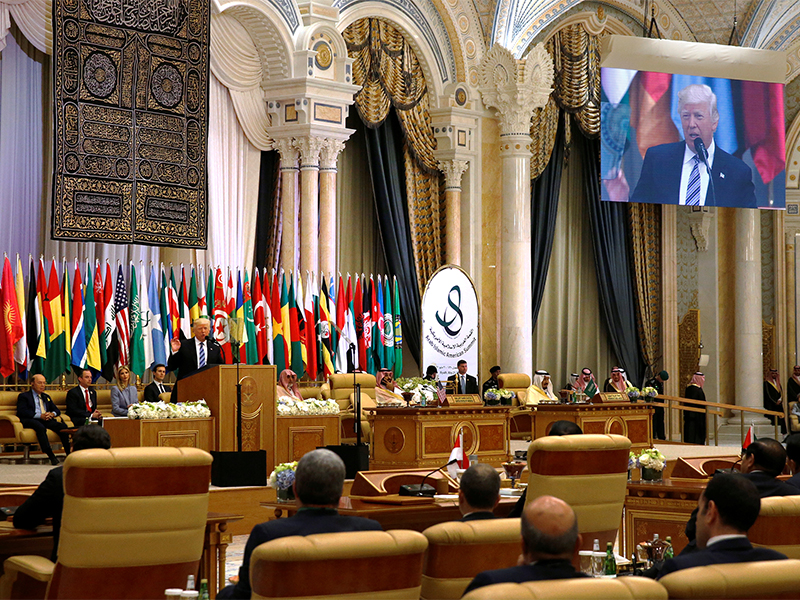 JERUSALEM (USA Today) President Trump's visit to Saudi Arabia this week has already begun to soften his attitudes about Islam, Secretary of State Rex Tillerson said Monday (May 22) after a two-day summit in which Trump was treated to extraordinary Arab hospitality.

"I think the president’s views — like, we hope, the American people’s views — are going to continue to evolve," Tillerson said on the flight from Riyadh to Tel Aviv.

Tillerson's candid assessment, made to reporters aboard Air Force One, represents a remarkable turnaround for a presidential candidate who campaigned on a platform that argued for "total and complete shutdown of Muslims entering the United States." And Tillerson suggested there's even more room for Trump to moderate his views as he's exposed to more Muslim leaders.

“Nothing helps you learn and understand people better than coming to their homes, where they live, and seeing them face-to-face, seeing their families, and seeing their communities," Tillerson said. "We all share the same wants and desires for ourselves and our people, and our families.

Tillerson's remarks came the day after Trump delivered a speech widely seen as an olive branch to the Muslim world. Rather than use the phrase "radical Islamic terrorism," Trump referred to "Islamist extremism" — a subtle but meaningful distinction that suggests the extremism is more ideological than religious.

It's a far cry from Trump's campaign rhetoric that accused Muslims of hating America — even repeating unfounded claims that hundreds of Arabs cheered the destruction of the World Trade Center from across the river on 9/11. "I think Islam hates us. There's something there. There's a tremendous hatred there," Trump told Anderson Cooper last year.

Over two days in the Saudi capital of Riyadh, the kings and crown princes of the Persian Gulf heaped honors and accolades on the American president. "We were treated incredibly well," Trump said Monday. "I was deeply encouraged by my conversations with Muslim world leaders in Saudi Arabia."

"I think there’s a great deal that’s misunderstood about the Muslim world," he said.