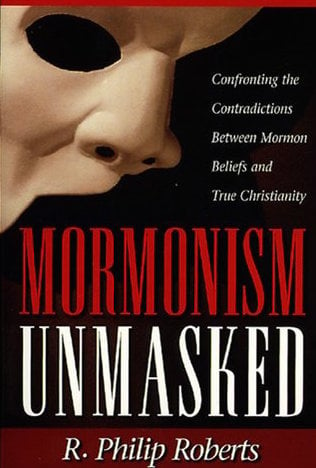 A representative anti-Mormon title from the glory days of the 1990s, when Mormons still scared the bejesus out of evangelicals.
July 11, 2017
Jana Riess

A search for anti-Mormon literature at Thomas Nelson, the world's largest evangelical publisher (now part of Harper), revealed no hits.

There was a time not that long ago, like during the 2002 Olympics in Salt Lake City, when you couldn’t throw a stone without hitting a brand new anti-Mormon exposé. Oh, the sensationalist tales of those books! Oh, the lurid accounts of hearts corrupted, families wrecked, and brains washed by the false religion of the Latter-day Saints!

Alas, it’s time to do a postmortem on the genre of anti-Mormon books, because the genre is just a pale shadow of its former self. Here’s what’s coming in 2017:

But those exit memoirs aren’t being released by evangelical houses as in days of yore. In fact, there’s basic radio silence on Mormonism from the major evangelical presses, excepting the LeBaron memoir I mentioned above (Tyndale).

Zondervan doesn’t seem to have published anything in this line since Unveiling Grace back in 2013, which I reviewed here on the blog. Baker has a 2015 title, Mormonism 101, but it’s only an expanded version of an older backlist book, not a new work. Kregel, Moody, B&H, WaterBrook, Multnomah, Thomas Nelson . . . none has anything recent.

What the heck is going on with the disappearance of anti-Mormon literature? Here are four possible explanations. I’m sure even more will become apparent over time.

A representative anti-Mormon title from the glory days of the 1990s, when Mormons still scared the bejesus out of evangelicals.

This last reason is, I think, the most critical. The history of American religion is littered with cases of new religious movements attracting deep censure when they are successful—and very little attention when they are not. When Christian Science was at the top of the world just over a century ago, anti-Science books and tracts proliferated (including a fanciful “biography” of Mary Baker Eddy by none other than Mark Twain). We’d be hard pressed to find that now, with Christian Science struggling and its membership in decline.

Of course, there is a bright side to the disappearance of anti-Mormon literature. Now that there is less opposition to the restored gospel, Mormons can say that the Lord has cleared the way for his church to move forward. Yay!

On the other hand, when there was pronounced opposition, Mormons always found a way to interpret that opposition as a sign of the Lord’s favor too: if Satan was inspiring this much hostility in non-Mormons, our religion had to be true. Um, yay again!

So it’s all good either way, right?