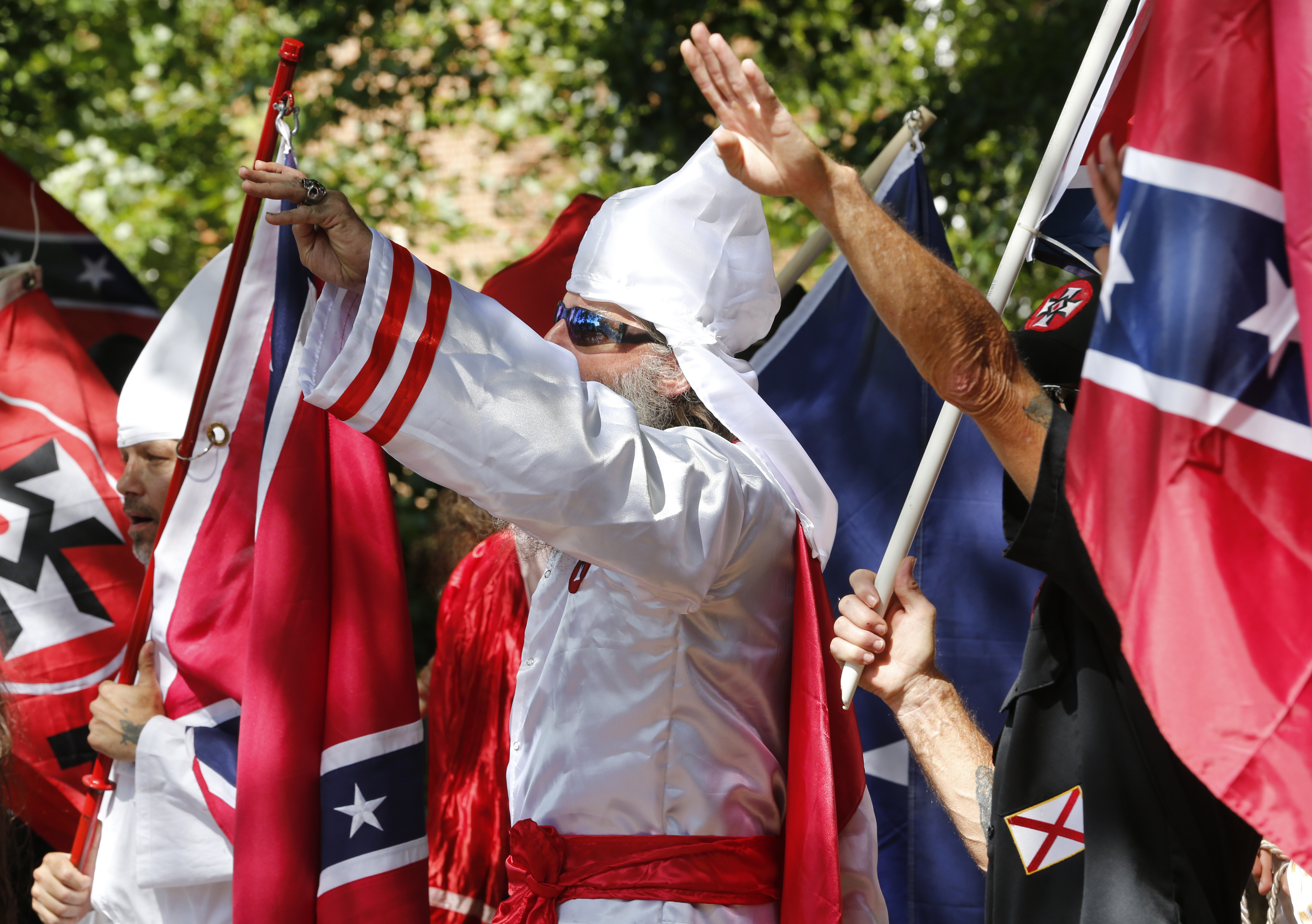 Let's get this straight, once and for all.

Donald Trump is not a conservative.

He proved that, early on, through his lifestyle. The conservatives whom I know and respect reject Trump's way of talking.

My favorite conservatives base their world view on the worship of God, as imbedded in a religious tradition, and know that the worship of oneself is idolatry.

They have no tolerance for squishy ethical thinking, for la-de-da notions that "there are many right ways to look at this situation" or that "many people are at fault."

We can only imagine what some of them are now saying about  Donald Trump's post-Charlottesville anemic condemnation of "this egregious display of hatred, bigotry and violence on many sides."

And, just in case you hadn't heard that last piece, Trump repeated it for emphasis: "On many sides."

And, just in case you didn't get it the first time, the White House doubled down: “The president was condemning hatred from all sources and from all sides. There was violence between protesters and counter protesters today.”

Let's make sure you got that right.

Trump was saying that there was no moral difference between the thugs who tried to turn Charlottesville into Nuremberg, and those who came out to oppose them.

He was saying that those who hate and resist haters are as bad as the haters themselves.

I hadn't heard that philosophical move since a tenth grader told me that "you have no right to say that Hitler was wrong, because he thought he was right."

Welcome to the moral world of Donald Trump.

"Frankly, I don't like how King Ahaseurus comes off. And there is a lot of hostility to Haman. I understand that in the synagogue, when they read the story and they come to his name, they make a lot of noise and make it impossible to hear. Very rude.

"Or, the Hebrew Bible.

"Bannon says that you have to be so PC with the Jews about this; they get very touchy if you don't call their book by the right name.

"Anyway, the reading was from the prophet Isaiah (5:20) -- 'Woe unto them that call evil good and good evil; that put darkness for light, and light for darkness; that put bitter for sweet, and sweet for bitter.'

"Isn't that a bit judgmental? I mean -- what if you actually think that evil is good?"

And the scariest part?

The miscreants in Charlottesville are convinced that Trump has their ideological back.

And if that is a false impression, why isn't he correcting them?