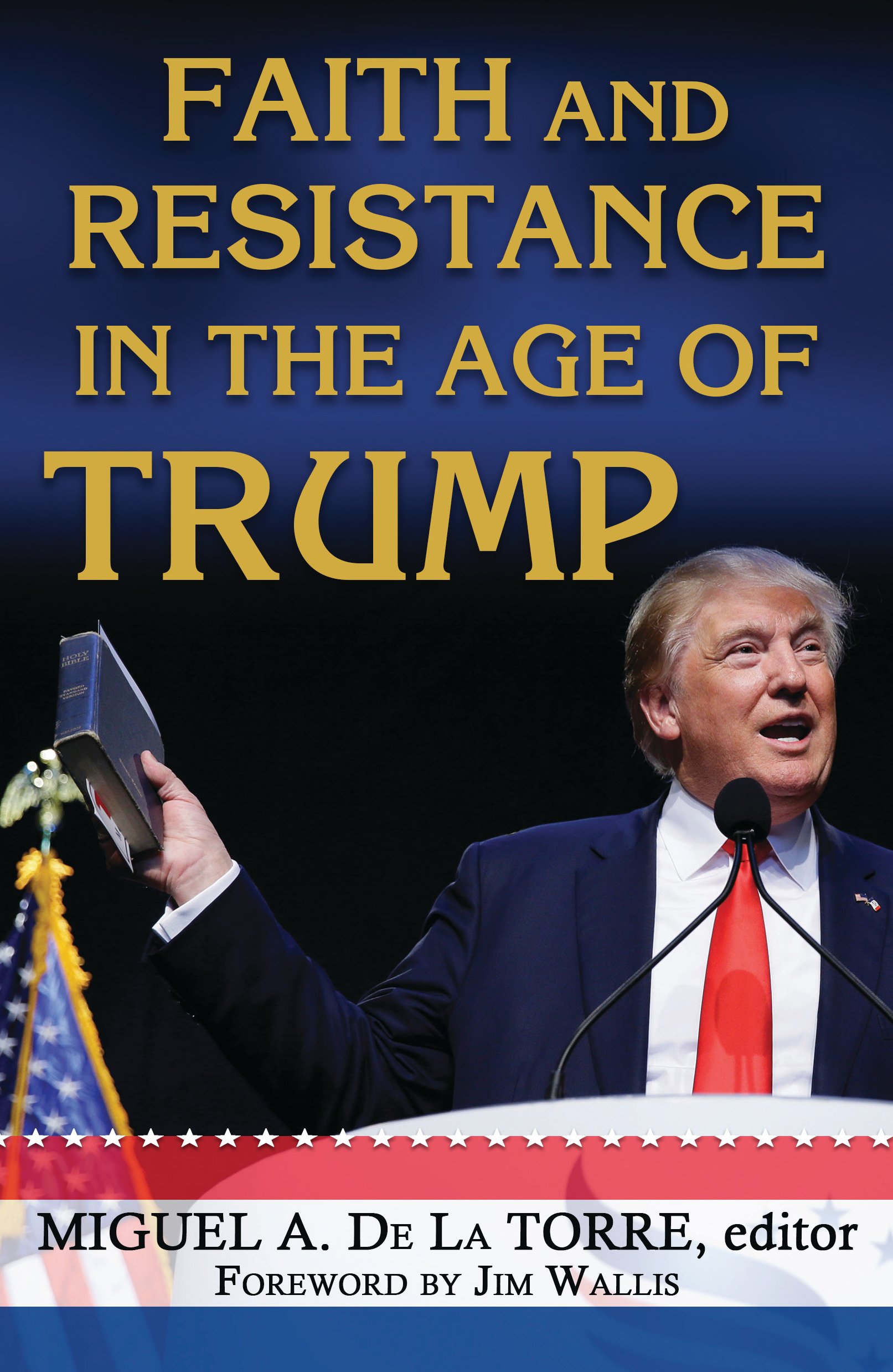 MARYKNOLL, N.Y. – On Election Day 2016 an estimated 80% of self-described evangelical Christians cast their ballots for Donald Trump, contributing to his election to the Presidency. While this bloc remains uncritically supportive, many other people of faith see in this outcome not only an ongoing and dangerous political crisis but a moment that calls into question the deepest meaning of America’s religious claims and values.

In the light of a contentious election and a deeply divided polity Faith and Resistance in the Age of Trump brings together a diverse and deeply engaged group of 25 religious scholars, activists, and interfaith leaders to name the issues clearly and set forth an agenda for addressing them across political, denominational, economic and social divides. As Jim Wallis of the Sojourners community in Washington, DC, says in his Foreword, “we have to build a movement of what we are for and not just what we are against.”

In his Conclusion editor Miguel De La Torre notes that “History demonstrates the futility of simply denouncing unjust social structures . . . Even following a Trump presidency, it would be naïve to assume that oppressive structures will cease to exist.”  In its analysis and prescriptions for action Faith and Resistance in the Age of Trump offers a praxis of solidarity for the long haul.