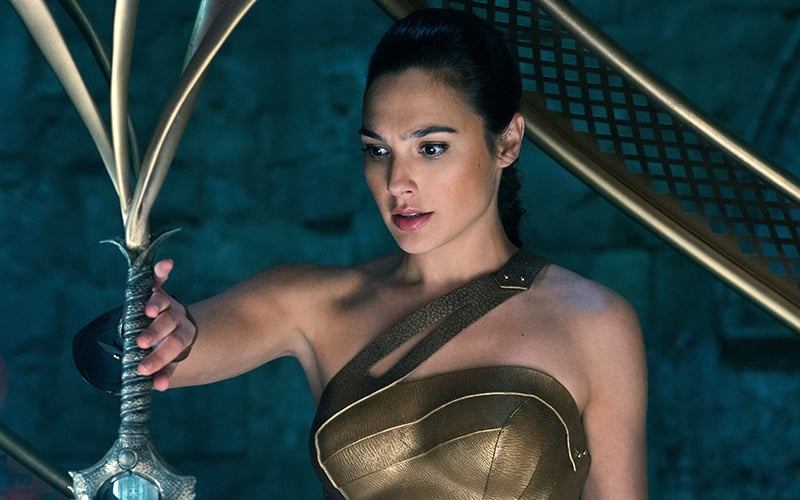 I have declared a new Jewish holiday.

It is the 18th of Tishrei – Chai Tishrei – otherwise known as Yom Gal.

From now on, the Jews of the world will celebrate Yom Gal as the anniversary of the Israeli actress Gal Gadot’s appearance on Saturday Night Live.

Why should this be a holiday?

Because it was a moment in Zionist history.

Let’s understand what, and whom, we are talking about.

We are talking about Gal Gadot, perhaps the hottest actress in the world, largely because of her stellar appearance in Wonder Woman.

And, what happened during her appearance on Saturday Night Live? The opening monologue said it all.

First of all, she explained her accent by saying that she is from Israel.

May I confess something to you?

For a brief nano-second, I cringed.

Because I expected there to be at least a few boos and hisses from the audience.

Why wouldn’t I have expected that? When you consider how Israel continues to be the go-to whipping boy (or girl) for so many on the cultural left, the fear was not irrational.

On the other hand, Israel-haters would have engaged in their own private BDS campaign, and simply not have been in the SNL audience that night.

And yet, what happened? Enthusiastic cheers from the audience – especially when she announced that this was the first time that SNL was being broadcast live in Israel.

Yeah, it brought a tear to my eye.

This was my private wake up call.

Simply put: Even with all of Israel's challenges, there is still a wellspring of support and affection for the Jewish state – in every corner of American culture.

Granted: I was troubled by the first episode in Israel – which, by the way, was not even filmed in Israel.

Ali connects with a new friend, an anti-Israel activist whose BDS stance is so unyielding that she will not even purchase food or drink in Israel, lest she support the Jewish state.

The friend takes Ali on a trip to Ramallah, which strikes her as a. totally normal and, b. totally cool. She joins a bunch of Palestinian and leftist Israelis in a scrumptious dinner, with a side order of deep, passionate anti-Israel rhetoric.

I know -- when it comes to Israel and popular culture: Toto, we are not in Kansas anymore. This is no longer the Israel of the iconic film “Exodus.”

Though, in fact, that episode of Transparent said more about Ali's emotional neediness than it said about Israel.

And now, Gal Gadot on SNL.

Having “outed” herself as Israeli, Gal launched into a few sentences in Hebrew, directed towards her friends and family in Israel, in which she poked fun at the stereotype of hummus-loving Israelis.

Yeah, it brought a tear to my eye – especially because of the wild cheers that her Hebrew elicited from the audience.

It was a Zionist moment. As Lewis Glinert makes clear in The Story of Hebrew, Zionism is as much about the resurrection of a language from the dustbin of history as it is about national liberation on its own soil.

Moreover, Zionism means normalization – that the Jews live not only as a supernatural people, but as a natural people who are part of the community of nations.

The mere fact that the hottest actress in the world is Israeli; that she played a superhero, who happens to be an empowered woman; that these facts do not cause even the suggestion of a raised eyebrow – this, too, is a Jewish statement.

For a few shining moments at 11:35 pm this past Saturday evening (or, motzei Shabbat if you are so inclined) – Israel looked, and sounded, really, really good.

And then, Gal went on that date with OJ…..and then, she kissed Kate McKinnon…..