Conservative theologian J.P. Moreland once wrote, “The contemporary Christian mind is starved, and as a result we have small, impoverished souls.” Indeed, Western Christianity, particularly in its evangelical Protestant expressions has often been accused of anti-intellectualism by the secular academy.

Enter Alan Jacobs–both a Christian and distinguished professor of humanities at Baylor University–and his newest book, “How to Think: A Survival Guide for a World at Odds.” He argues that in a world of “alternative facts” and “truthiness,” most of us are not as good at thinking as we assume. But all is not lost, Jacobs says, because it is possible to reclaim our mental lives without sacrificing our inner lives. Here we discussed via email the common intellectual pitfalls of American Christians and how they can learn to better love God with their minds.

RNS: What do you see is the core problem with many “thinkers?”

AJ: It’s hard to name just one thing — there are so many problems! So much bad thinking! But if I were forced to name one universal one it would be a lack of awareness of our own motives and incentives. A failure to realize that there are forces at work on and in all of us to discourage thought or even prevent it altogether.

RNS: What about American Christians, generally speaking? Are they good thinkers? 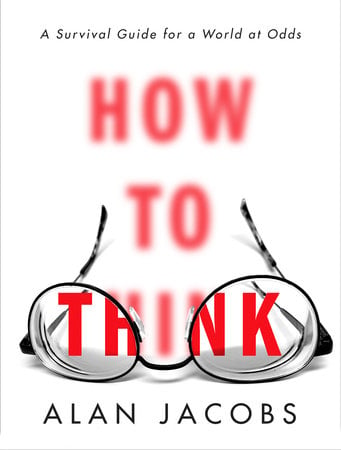 RNS: How can followers of Jesus become better critical thinkers? Give us one or two points that come to mind.

AJ: Christians of all people ought to be attentive to our own shortcomings, and the ways our dispositions of mind and heart and spirit can get in the way of knowing what’s true. After all, we’e the people who are supposed to believe that “all have sinned and fallen short of the glory of God,” and “the heart is deceitfully wicked above all things” and that sort of stuff. If we want to think better, then the first step should be to take those beliefs as seriously as many of us say we do, and to turn a ruthlessly skeptical eye on ourselves — before we turn it on our neighbors. There’s a line about specks in our neighbors’ eyes and logs in our own that applies here.

There’s a lot more to say, obviously, but I think self-skepticism is the place to begin.

RNS: Alan Wolfe once said that 20th century conservative evangelicalism ranks least among religious groups in terms of intellectual stature. What do you think?

AJ: Certainly it’s true if by “stature” you mean “reputation among other groups.” If by “stature” you mean “actual intellectual achievement” then the situation is more complicated. But there’s no question that conservative evangelicalism — within which I include fundamentalism — has been an overwhelmingly activist movement that has had little time for scholarly, or more generally intellectual, reflection. (Souls must be saved!) There’s also no question that conservative evangelicals have rarely cared what anyone else thought about their intellectual standards, and that kind of not-caring is no way to build stature.

These tendencies — activism and indifference to general public opinion — are not always bad. Indeed, at times they have served the evangelical movement well, by keeping it on mission. But an unconditional emphasis on activism can easily become anti-intellectual, which can restrain people from thinking about matters they really need to think about. After all, effective activism will be informed activism.

Similarly, if you don’t care what anyone else thinks about you, you can easily find yourself locked in an echo-chamber. It can become what C. S. Lewis called an “Inner Ring,” a self-congratulating, self-justifying circle of people who are “in the right.” So overall, I think conservative evangelicals have paid a hefty price for being unreflective and self-enclosed — too hefty a price.

RNS: The Bible says to love God with, among other things, our minds. Does this factor into what it means to be a thinker?

AJ: For me, it sure does! I wrote this book for a general audience, hoping to reach many people who are not Christians as well as my fellow believers. But the fact that we Christians and are indeed commanded to love the Lord with all our minds ought to give us a powerful added incentive to think our best thoughts — if I may steal and change a Joel Osteen line. (But maybe if I’m stealing lines from Joel Osteen I’m not thinking my best thoughts now.)

More seriously, St. Augustine gave us a great warning, many centuries ago, of the dangers Christians court when they fail to use their minds — especially in matters of what we now call science:

Often, a non-Christian knows something about the earth, the heavens, and the other parts of the world, about the motions and orbits of the stars and even their sizes and distances, … and this knowledge he holds with certainty from reason and experience. It is thus offensive and disgraceful for an unbeliever to hear a Christian talk nonsense about such things, claiming that what he is saying is based in Scripture. We should do all we can to avoid such an embarrassing situation, which people see as ignorance in the Christian and laugh to scorn.

RNS: What are some myths about thinking that people of faith often hold?

AJ: Continuing my pattern of insulting people across the spectrum, theological as well as political, I’ll mention two opposing ones. For many theologically conservative folk, thinking is often opposed to faith: if you’re thinking too much, asking too many questions, you’re not living in the kind of simple childlike faith that we all (according to this theory) are supposed to have.

The liberal or progressive counterpart of that is when people congratulate themselves on having open minds and questioning spirits when they have never questioned for a moment the core principles of their own liberalism or progressivism, and would be horrified if anyone in their church did so. Consider this statement: “Only those who openly confess Jesus as Lord can be saved.” In some conservative Christian communities the truth of that statement is unquestionable; in some progressive Christian communities the falsehood of it is equally unquestionable. The moral of the story: you can rarely tell whether someone has done serious thinking simply by finding out what positions he or she holds.

RNS: How does social media affect our ability to think well?

Let’s not kid ourselves. The entire architecture of every social-media service militates relentlessly against thinking. The kind of eyeball-and-finger control those sites thrive on is wholly incompatible with thinking.

RNS: You say that the terms “open-minded” and “close-minded” are nonsensical. Why?

AJ: Have you noticed that people only praise others for being open-minded when those people are moving closer to the praiser’s preferred ideas? If a member of a community starts to express doubts about that community’s core beliefs, he or she won’t be celebrated as open-minded but rather condemned for being weak-willed, vacillating, cowardly, maybe even a traitor to the cause. So when people give a thumbs-up to open-mindedness, that’s typically not really what they mean. It’s more a case of “good for you, you’re becoming more like me.”

AJ: I would dissent from the question’s assumption that being “open to new possibilities and ideas” is the same as being generally open-minded. People open to the new are often not at all open to the old. They like the new because it’s new. They are, as the term of art has it, neophilic. Other people are neophobic, they fear and mistrust the new; but those people are often inclined to find value in ideas and practices from the past. They are more open-minded about old ideas than neophilics are.

This is another one of those things that I’m not sure how to measure or evaluate, but for what it’s worth, I’m inclined to think that every mind is open in some directions and closed in others. Those directions just vary from person to person, and from time to time.

There is such a thing as a proper firmness of conviction — a proper reluctance to changing your mind about some things. But I suspect — I don’t know, but merely suspect — almost all of us will be sometimes too firm, sometimes not firm enough, depending on circumstances.

RNS: You say it is impossible to “think for yourself.” What do you mean by that?

AJ: Since I finished my book, another book came out that makes this point better and in far more detail than I could. In The Knowledge Illusion: Why We never Think Alone, Steven Slomanand Philip Fernbach explain, using several interesting experiments, that very few of us know as much as we think we do. Instead, we find ways to count the knowledge that people around us have as our own.

We typically don’t know enough individually to form knowledgeable, nuanced views about new technologies and scientific developments. We simply have no choice but to adopt the positions of those we trust. Our attitudes and those of the people around us thus become mutually reinforcing. And the fact that we have a strong opinion makes us think that there must be a firm basis for our opinion, so we think we know a lot, more than in fact we do.

So we are always thinking along with others. We are always dependent on what others think.  We need to think with others. So what we must focus on is choosing the best others we can find to think with. If I have to trust other people, I need to practice due diligence to ensure, as best I can, that they’re trustworthy.

CHECK OUT “HOW TO THINK: A SURVIVAL GUIDE FOR A WORLD AT ODDS” BY ALAN JACOBS 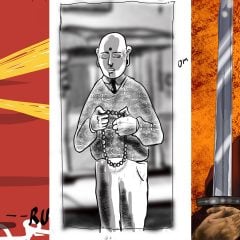 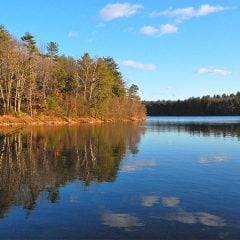 Arts & Culture
The ’Splainer: What is Transcendentalism? Opinion
Evangelicals can no longer speak as one voice