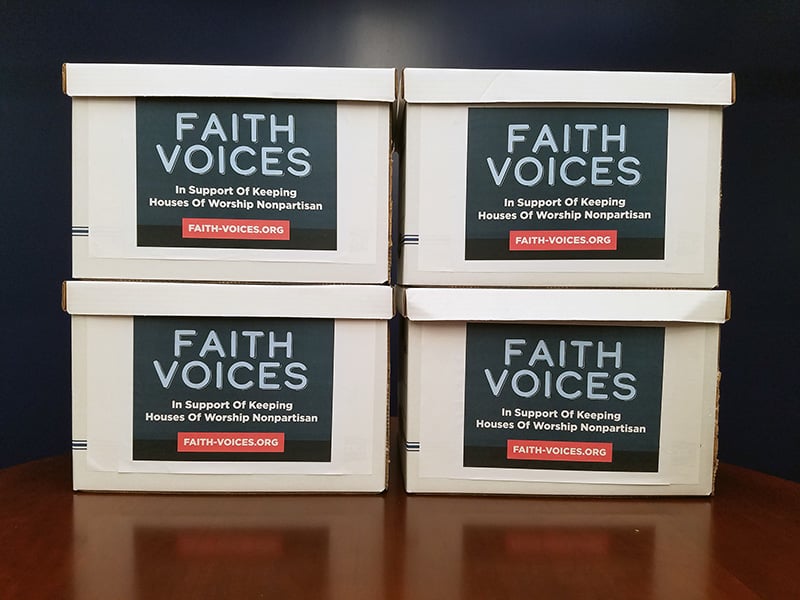 (RNS) — To listen to both sides, the effort to do away with the Johnson Amendment is all about religion. “Pulpit freedom!” cry the proponents. “Religious politicization!” the opponents cry back.

But the hue and cry has obscured the pervasiveness and insidiousness of what’s really going on. The tax bill passed by the House of Representatives scuttles the Johnson Amendment in a way that would change the landscape for the entire nonprofit world.

The bill’s original language was narrowly tailored to permit a pastor to include a political endorsement in a sermon if she so wished. It was actually about pulpit freedom (to politick) — and, in truth, of minor consequence.

But during the Ways and Means Committee markup, the language was amended so that electioneering “in the ordinary course of the organization’s regular and customary activities” became permitted for all 501(c)(3)s. Which means that those nonprofits would now be able to endorse or oppose candidates for public office without sacrificing their ability to receive tax-deductible contributions.

While professional publications like The Chronicle of Philanthropy have noted the significance of what happened, the general news media — including The New York Times — have missed the boat. They shouldn’t have.

The new language comes from bills introduced by House Majority Whip Steve Scalise, R-La., and Sen. James Lankford, R-Okla., back on Feb. 1. It is a perfect vehicle for the further polarization of American society on partisan lines. Dollars to donuts it was intended to be in the House bill all along.

To be sure, the bill states that 501(c)(3) electioneering must result “in the organization incurring not more than de minimis incremental expenses.” So direct monetary contributions to candidates would be disallowed, as would expenditures dedicated solely to canvassing and phone banking on their behalf.

But electioneering in the course of “regular and customary” issue advocacy and solicitation of support would be just fine — nothing more than de minimis incremental expenses there.

Consider the case of the Christian Coalition, whose stock in trade was handing out voter guides in evangelical churches around the country. In line with IRS nonprofit rules, these guides looked as if they were solely concerned with where candidates stood on the particular issues of concern to the Christian Coalition.

However, in 1999 the IRS turned down the organization’s long-standing application for tax-exempt status because the guides were designed to favor the GOP. For example, if a Democratic candidate happened to be anti-abortion, the guide would pick out some irrelevant procedural vote in order to portray him as pro-choice — thus effectively violating the Johnson Amendment.

The Christian Coalition is no longer with us, but its former executive director, Ralph Reed, now runs a very similar organization called the Faith and Freedom Coalition. Its stock in trade is also voter guides, and its politics are very much with the Trump wing of the GOP.

Faith and Freedom is a 501(c)(4), which is to say it is ineligible for tax-free donations. Under the House tax bill, it could become eligible for such donations as a 501(c)(3). Likewise would any nonprofit that supports or opposes candidates in the course of its regular and customary business.

Tax-deductible electioneering is what Republican opponents of the Johnson Amendment want to enable. Do you?

News
Study: Liberal congregations more politically active than conservative ones
Follow us on Facebook!
Submit your photos to RNS