RALEIGH, N.C. (RNS) — They meet in a conference room on the second floor of the Islamic Association of Raleigh, a therapist and a member of the mosque experiencing emotional distress.

Sitting around a table in the windowless room, they talk for an hour, during which the therapist draws up a list of referrals to outside experts who can offer specialized help for marital conflict, children’s behavioral problems, depression, substance abuse or other issues.

In the United States, many Muslims are reluctant to seek out mental health professionals because of the stigma attached to mental illness or because they fear that a Western-trained therapist will not understand their culture or religion.

Instead, they turn to imams and other community leaders, who often quietly refer them to mental health professionals. But leaders of the Raleigh mosque, which draws thousands of worshippers a week, realized that mental health issues needed to be dealt with in a more professional and organized way and that the requests were inundating  its two religious leaders.

“Our imams get hundreds of requests every week,” said Azleena Azhar, a trained Muslim chaplain and one of the leaders of the referral initiative. “It’s been very overwhelming for them. People are slowly finding out that if they don’t need to get advice from a religious scholar — they can come to the team and talk to someone there instead.”

A year ago, a group of mental health experts who are also mosque members agreed to volunteer their time to provide the service. Members can now go online and pick from among six mental health experts — including a family therapist, chaplain and a substance abuse counselor — for a free and confidential session.

This new referral initiative started here in September and is part of a growing menu of social services nationwide aimed at addressing the needs of American Muslims, which have never been stronger.

Muslims in the U.S. are racially and ethnically diverse, with nearly 60 percent born abroad. As a minority — making up 1.1 percent of the U.S. population — they have suffered assaults and intimidation in the wake of Donald Trump’s presidency. The travel ban and the rise of nationalist rhetoric, which views immigrants as “other,” have contributed to feelings of being bullied, harassed and otherwise treated with suspicion.

Yet, many Muslims are wary of talking with outsiders about domestic violence or behavioral issues, for fear that may cast a bad light on the faith generally, said Kameelah Mu’Min Rashad, founder and president of the Muslim Wellness Foundation in Philadelphia.

“There’s an ambivalence about sharing these challenges outside of the community because it reinforces the stereotype we’re trying to counteract about who we are,” he said.

Providing mental health services through the mosque may provide cover as well as permission to access care, said Heather Laird, a psychologist who directs the Center for Muslim Mental Health and Islamic Psychology at the University of Southern California.

Laird is one of a growing number of Muslims working to empower adherents to take advantage of mental health services. Next month, she is convening a conference, “Moving Toward Defining an Islamic Psychology,” that will bring together Islamic scholars and mental health experts to hammer out what she called a “working definition of Islamic psychology.”

“A lot of people think of Freud when they think of mental health, and they have a lot of problems with Freud’s ideas,” Laird said, principally, she added, because they view Freud as having been anti-religious. “They don’t realize that mental health has extended way beyond Freud.”

Laird is working on a developing a 24-hour mental health hotline for Muslims living in Southern California and has been instrumental in several initiatives to extend culturally compatible mental health services to Muslims through education, treatment and referrals.

“There’s a lot of intergenerational trauma in our community — a lot of issues that come up that have gone unaddressed: depression, marital issues, suicide among youth, LGBT sexuality,” she said. “Our community is suffering.”

That kind of cultural sensitivity is critical because Muslims won’t seek out mental health services if they fear that their religious identity might be threatened, said Shaykh Suhail Mulla, resident scholar at the Islamic Society of West Valley in Los Angeles and the Muslim chaplain at UCLA.

For example, a woman wearing the hijab and seeking out psychotherapy may not want to be told “You just need to take off your hijab and assimilate and be like everybody else and then you’ll be able to find a job,” he said.

This year, Mulla hopes to launch a branch in the Los Angeles area of the Khalil Center, a clinic that uses a faith-based approach to mental health rooted in the science of psychology while integrating Muslim theological concepts.

The Khalil Center has three satellites in Northern California and another three in the Chicago area.

Other models, in less populated Muslim regions, are also emerging.

In some mosques, a mental health professional will set up office hours one afternoon a week or once a month.

In other places, such as Detroit, the Islamic Circle of North America has started a program called Muslim Family Services, which offers counseling.

And then there’s the model of Muslim chaplains who serve in universities, hospitals, prisons and the military. Some are also being hired to serve as assistants to imams and other congregational leaders.

The Institute for Muslim Mental Health is compiling a directory of Muslim practitioners.

James M. Lyon, who is volunteering in the Raleigh mosque’s referral program while he works to get his certification as a substance abuse counselor, said it feels good to help his fellow Muslims.

“When I see the people, having that opportunity to speak confidentially with someone, they feel better already, as soon as they meet with you,” he said. “They know someone’s advocating for them. You can just see that they’re thinking, ‘Hey, somebody is listening to me.’”

That’s what Maria, a 43-year-old Muslim who attends the Raleigh mosque, felt after a session with Azhar, the Muslim chaplain, last week.

Maria, who did not want her last name used, was diagnosed with bipolar disorder and suffers from depression. She said she found out about the service on the mosque’s website.  During her session, she was given a list of referrals to practitioners in Franklin County, where she lives, as well as in Wake County, where the mosque is located.

“It raises awareness that mental health is something Muslims do encounter,” said Maria. “I think it’s a wonderful service.” 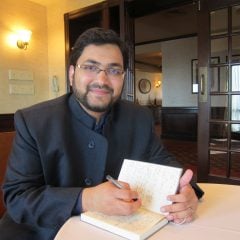 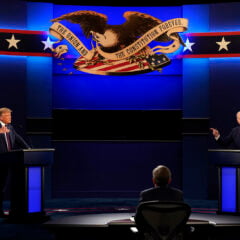 News
Poll: Muslim American support for Trump rises, but most plan to vote for Biden