Mormons are burying President Thomas S. Monson today, which is a sad occasion. It’s also been a busy week in the news as people attempt to define what his legacy will be, and what might happen next.

Here I’ve offered an overview of a controversy at the New York Times and also rounded up some of my favorite writing about how Pres. Monson will be remembered.

The New York Times found itself on the receiving end of a major backlash this week because of an obituary, of all things.

Mormon readers found the Times obituary of President Monson wanting, and they let the editors know.

According to the Huffington Post, more than 160,000 people  signed a Change.org petition demanding a formal apology and complaining that “decided to attack and disparage his character and used his obituary as a political statement against him and the Church as a whole and tweeted a click-bait headline to attack even further.”

As of this morning, the petition had more than 190,000 signatures, and it did prompt the Times to respond.

In a rare move, the Times obituary editor issued a rather lengthy explanation, noting that it’s the job of an obituary to “fully air” the facts of his life, though the piece may have gone overboard in emphasizing public controversies over women’s ordination and LGBT issues and neglected other things that made President Monson special, such as his kindness and his commitment to his faith.

For Mormons’ perspectives on how special President Monson was, we don’t need to look any further than the Deseret News, which has kept up a steady drum of coverage almost since the hour of his death.

A couple of my favorites have been Trent Toone’s roundup of some of his favorite personal anecdotes Pres. Monson shared in church talks through the years, and the editor’s personal behind-the-scenes account of what it was like to get the call at 11:40 p.m. on January 2, shortly after the president’s death, and have to rouse the staff from their beds to create a completely different page 1 for the paper.

My favorite piece on Monson’s life and legacy is an interview with David Holland, a scholar at Harvard Divinity School. He is a believing Mormon (and also the son of an apostle, though that’s not mentioned in the piece) who studies things like canon, authority, and change in American religious history.

This long view gives him a unique perspective on Monson’s legacy, and more than anything else I have read, Holland gets it: he understands the perspective offered by both the New York Times and the Deseret News. Both are important, but neither by itself is sufficient.

“Paradoxes, for similar reasons, characterized his administration’s approach to the place of women in the church. By lowering the age of service for female missionaries he fundamentally transformed the gendered dynamics of Mormon missionary work and he took steps to equalize the cultural prominence of men’s and women’s respective general conference meetings, but he also presided over an era when the church sought to mute the influence of the Ordain Women movement. Perhaps more than any LDS president before him, President Monson’s administration will be remembered for its signal and often simultaneous moves in both reformist and traditionalist directions.”

On What’s Next for Incoming President Russell M. Nelson

Now all eyes are turning to Russell M. Nelson, 93, who will become the next leader of the LDS Church.

Peggy Fletcher Stack in The Salt Lake Tribune lays out very well the generation gap between Nelson, 93, and the Millennials (now 19 to 37), from whom he is four generations removed. (Nelson is the last remaining top LDS leader from the Greatest Generation, and from there you also have to go through the Silent Generation, the Baby Boomers, and the GenXers before you get to the Millennials. So that’s quite a significant leap.)

In particular, Stack singles out the LDS Church’s policies toward LGBT members as potentially problematic, and quotes statistics from my Next Mormons Survey to that effect. Mormon Millennials are less Republican, less concerned about homosexuality and same-sex marriage, and less deferential to institutional authority than older Mormons. (For other posts on this, see the links at the bottom.)

And Benjamin Park, writing for us here at Religion News Service, floats the idea that the Proclamation on the Family might actually be canonized during Nelson’s tenure, since he has been so resistant to changing definitions of the family.

“Key among those who pushed for retrenchment was Nelson, slated to become Monson’s successor. Trained as a heart surgeon, Nelson has been a member of the Quorum of the Twelve Apostles for more than three decades. In recent years, he has presented a firm resistance against any accommodation regarding several cultural issues, most notably homosexuality. It has been reported that he was the leading architect behind the November 2015 policy regarding same-sex families. Regardless of how the policy came to be, Nelson later described it as a “revelation,” removing any chance for revision for the time being.

Once he becomes the official LDS president, it is possible that Nelson will continue that trajectory. That might include canonizing “The Family: A Proclamation to the World,” a document that sacralized heterosexual marriage but has heretofore existed in a quasi-canonical status. Such a move would further cement the faith’s distinctiveness within an increasingly gay-tolerant society.” 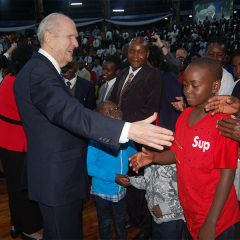 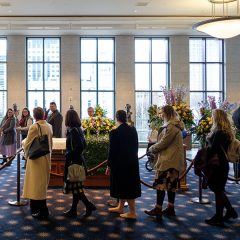 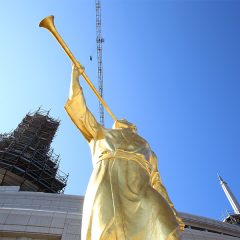 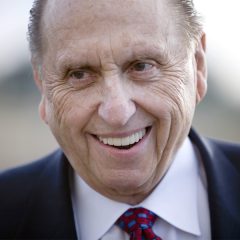