This month the Public Religion Research Institute released the results of its annual American Values Atlas, which surveys more than 40,000 people about their lives and attitudes. Of the 40,000 respondents in the sample, more than 700 were Mormon.

The full report measures several other things besides LGBT issues, including perceptions of racial discrimination, but here I’m just focusing on three findings about how Mormons feel about same-sex marriage and religiously-based refusals of services to LGBT people.

According to the PRRI, 55% of Mormons in 2016 said they opposed same-sex marriage:

Even though 55% of Mormons still oppose same-sex marriage, that opposition is rapidly eroding: PRRI’s 2015 data about Mormons had 66% opposing it and 26% in favor. 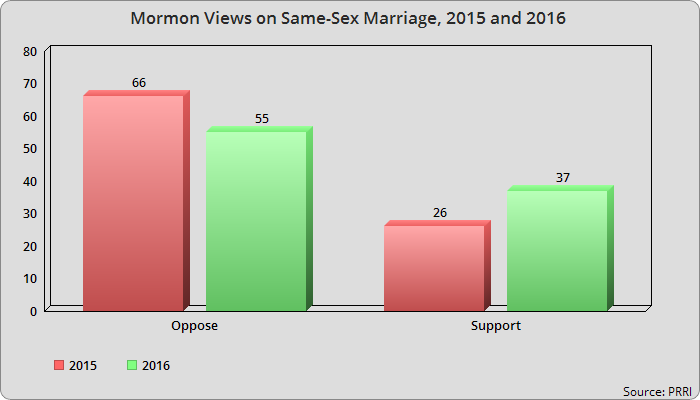 Like evangelical Protestants, Mormons have a clear “generation gap” in their feelings about same-sex marriage. There’s nearly a 20-point difference between the 28% of Mormon elders who support marriage equality and the 47% of younger Mormons who are in favor. That’s not quite majority status, but it’s close.

These PRRI findings are similar, but not identical, to what we found among the youngest and oldest Mormons in the Next Mormons Survey (NMS, 2016). The 18-26 age bracket of that study showed support for same sex-marriage at 40.2%, nearly twice the 20.3% support among Mormons 52 and over. So the NMS percentages aren’t as high as PRRI’s for either generation, but the 20-point difference between them is strikingly similar.

Fewer than half (42%) of Mormons now say it’s acceptable to allow small business owners such as florists and bakers to refuse gay people their services, while a majority (52%) now oppose such refusals.

This 2016 finding represents a sharp turnaround from where Mormons were just one year earlier, when 58% supported the right of small business owners to refuse services, and just 38% opposed.

That 16-point drop in the percentage of Mormons who think it’s OK for small businesses to refuse service represents the most significant change of any religious group in the survey, though almost every group experienced a smaller change in this direction. 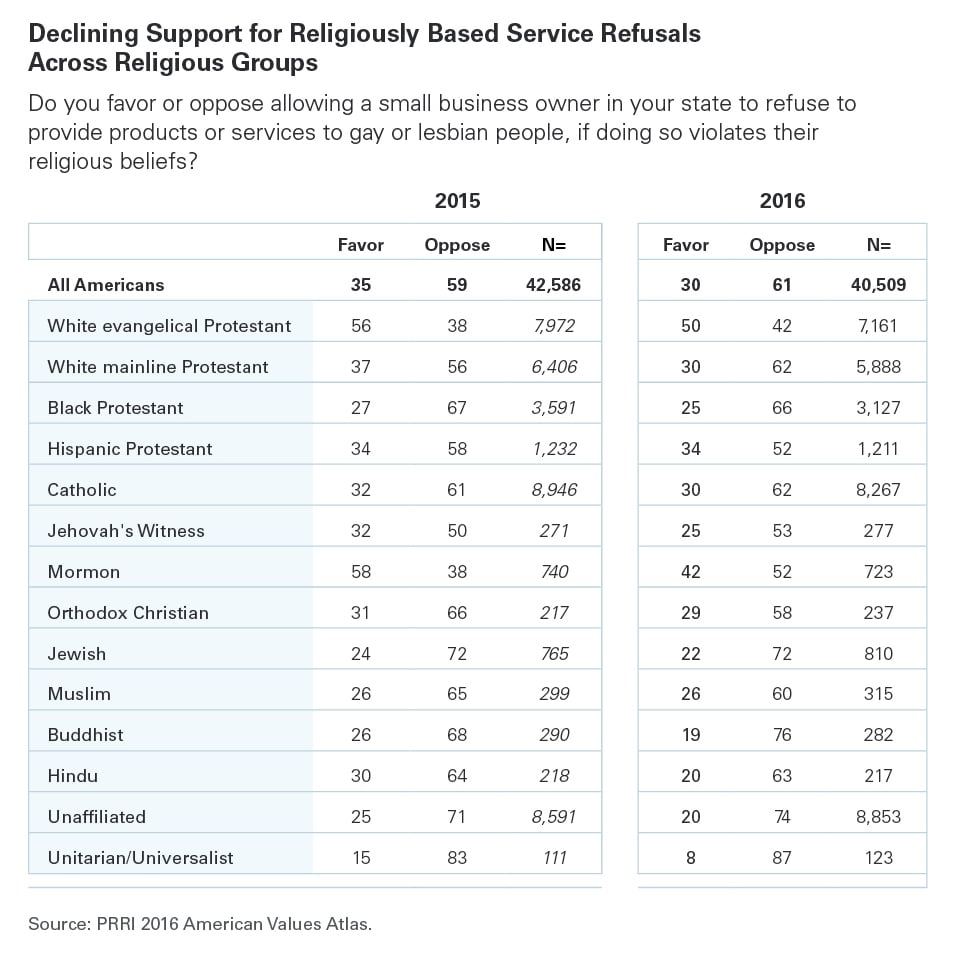