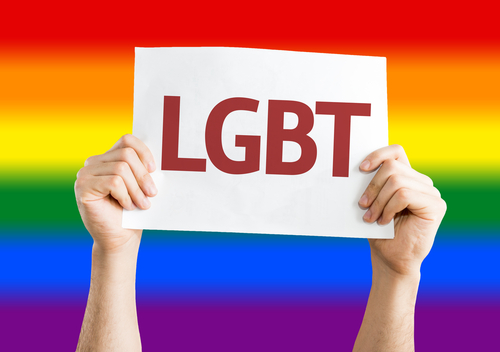 There’s been an outcry this week about the LDS Church’s planned participation in the World Congress of Families meeting in October (see here, here, and here for a rundown). The Church is planning to have a general authority, as yet unnamed, speak at the WCF event, and the Mormon Tabernacle Choir is slated to perform.

Defenders have emphasized the fact that the Congress itself is a positive gathering that upholds the marriage of one man and one woman as ideal but does not “disrespect” LGBT people. Detractors have pointed out that the organization has supported legislation around the world that has denied basic rights to LGBTs—which is by definition disrespectful.

Whatever the truth is about the WCF, one thing has long been clear to me anecdotally: every time my church does something that appears to diminish the humanity of LGBT persons, our reputation as a religion takes a hit. And when we act with greater love and less condemnation, people respond in kind.

Now there is some statistical evidence of just how much.

Research performed by political science professors and students at Centre College attempts to determine what the public relations effect has been of the LDS Church’s emphasis to carve a “middle way” this year with Utah legislation that supports equal housing and employment for LGBT people while reserving dissenters’ rights to object on religious grounds.

Released last week, the study shows that overall, 32.6% of respondents who were aware of the LDS-backed legislation came away with a “more favorable” view of Mormonism because of the law, which went into effect on Tuesday. Only 10.9% reported a “less favorable” opinion.

Moreover, the favorability was even more pronounced among people under age 50:

The Mormon Church’s efforts also boosted its favorability among college graduates (43.5% reporting a more favorable view compared to 19.4% of non-college graduates) and among younger individuals (40.4% of those under 50 reporting a more favorable view compared to 21.5% of those over 50). Given that younger, better educated Americans are increasingly likely to disassociate from organized religion, this suggests that taking a more tolerant and accepting view toward the LGBT community is exactly what religious institutions, including the Mormon Church, may need to consider in order to remain relevant and influential in coming years and decades.

I emailed researcher Benjamin Knoll for more information about this, and here is a takeaway point: Of all the respondents who were aware of Mormon involvement in LGBT equality measures, nearly a third were pleased by it and only one in ten were displeased.

In the under-50 crowd, though, 40.4% had a more favorable opinion and only 10% a negative one, which is a four-to-one ratio instead of the overall three-to-one.

I can imagine how conservative Mormons might respond to this: “Who cares? What does a public opinion poll matter when we have God and tradition on our side? The Lord’s church doesn’t have a mandate to preach what’s popular, only what’s true.”

And they’re right, to a point. Sometimes as Christians we are called to stand as witnesses against the wider culture and cry foul when we feel it is slipping into error. That’s not going to be popular, but that fact alone should not deter us.

But when we point to some families as “counterfeit” and claim there is only one right way to love – and, gee, it happens to be ours! — we’re preaching fear, not truth. And when we ally ourselves with a group that stands accused of denying basic rights to gay people when we have recently helped to pass legislation that gives them those rights, we are sending a very mixed message.

Sometimes the opinions of others can show us when we are or are not acting like our best selves. We would do well to listen.