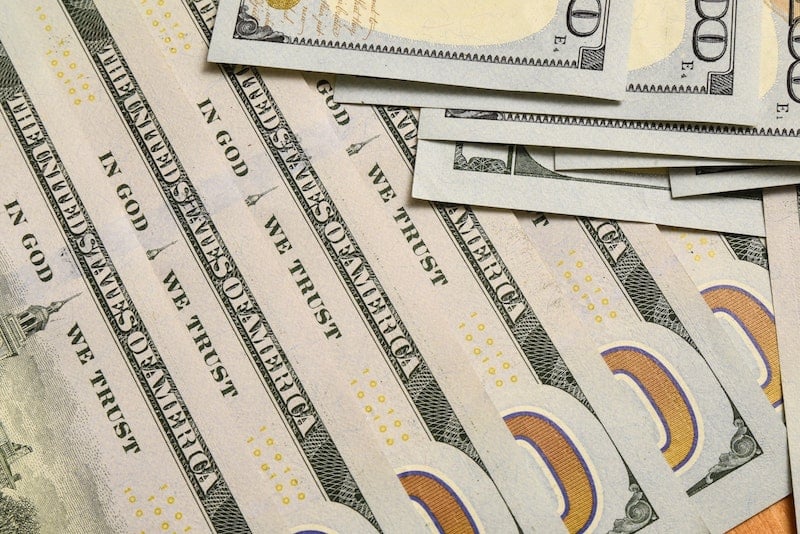 (The Conversation) — In his first State of the Union address President Donald Trump sought to link religion with American identity.

“Together, we are rediscovering the American way. In America, we know that faith and family, not government and bureaucracy, are the center of the American life. The motto is ‘In God We Trust,’” Trump declared.

But the history of “In God We Trust” is more complex than Trump’s assertion suggests.

That phrase, and similar invocations of God in national life, are relatively recent additions to America’s political language. From my perspective as a religious history scholar they reflect a particular view of the United States, not a universally accepted “American way.”

Political rhetoric linking the United States with a divine power emerged on a large scale with the outbreak of the Civil War in 1861. M.R. Watkinson, a Pennsylvania clergyman, encouraged the placement of “In God We Trust” on coins at the war’s outset in order to help the North’s cause. Such language, Watkinson wrote, would “place us openly under the divine protection.”

Putting the phrase on coins was just the beginning.

In 1864, with the Civil War still raging, a group supported by the North’s major Protestant denominations began advocating change to the preamble of the Constitution. The proposed language would have declared that Americans recognized “Almighty God as the source of all authority and power in civil government.”

If the amendment’s supporters had succeeded in having their way, Christian belief would be deeply embedded in the United States government.

But, such invocations of God in national politics were not to last. Despite lobbying by major Protestant denominations such as the Methodists, this so-called Sovereignty of God amendment was never ratified.

Though “In God We Trust” was added to coins, it was not added to the increasingly common paper money. In fact, when coins were redesigned late in the 19th century, it disappeared from coins as well.

As I demonstrate in my book, these developments were related to the spread of secularism in the post-Civil War U.S. For many people at the time, placing religious language in the Constitution or on symbols of government was not consistent with American ideals.

The revival of “In God We Trust”

The 1950s, however, witnessed a dramatic resurgence of religious language in government and politics. It was that decade that brought “In God We Trust” into widespread use.

In 1955, President Dwight Eisenhower signed a bill placing the phrase on all American currency. One sponsor of that legislation, Congressman Charles Bennett, echoed the sentiments that had inspired the Sovereignty of God amendment during the Civil War. Bennett proclaimed, that the U.S. “was founded in a spiritual atmosphere and with a firm trust in God.”

The next year, “In God We Trust” was adopted as the first official motto of the United States.

Both of these developments reflected the desire to emphasize Americans’ religious commitment in the early years of the Cold War. Historians such as Jonathan Herzog have chronicled how leaders ranging from President Eisenhower to the evangelist Billy Graham stressed on the strong faith of the nation in setting the U.S. apart from the godlessness of Soviet communism.

Recently, however, Princeton University historian Kevin Kruse has shown that religious language was not merely rhetoric against communism. “In God We Trust” reflected domestic concerns as well.

The belief in American religiosity that put “In God We Trust” on coins and made it the national motto in the 1950s had emerged over several decades. Conservative businessmen had allied with ministers, including Billy Graham, to combat the social welfare policies and government expansion that began with Franklin Roosevelt’s New Deal. These wide-ranging programs, designed to tackle the Great Depression, irked many conservatives. They objected to government intervention in business and Roosevelt’s support for labor unions.

In this way then, President Trump’s assertion on Jan. 30 that “In God We Trust” could well be said to reflect certain American values. But, as my research shows, for much of U.S. history, the acceptance of such values ebbed and flowed.

“In God We Trust” is a not a motto that reflects universally shared historical values. Rather it represents a particular political, economic and religious perspective – one that is embraced by President Trump and the modern GOP.

(David Mislin is an assistant professor for Temple University's Intellectual Heritage Program. He wrote this article for The Conversation, where it was first published.)