“Oh crap” is what I am usually saying right about this time, the day before Lent begins. “What the heck am I going to do for Lent?”

I’ve done it all: given up meat. Given up chocolate. Given up TV. Given up unnecessary spending.

And then after many years of those small sacrifices I gave up the giving up, because it wasn’t “working” – it wasn’t bringing me any closer to God, however good it may have been for me on the self-improvement front. Lent isn’t about self-improvement; it’s about a journey to God.

But this year I actually know what I’m doing (for once), because that phrase “journey to God” is the whole focus of a book I co-wrote that’s being published next week.

The Prayer Wheel is all about returning to God, inching forward a little at a time.

What’s more, the wheel is naturally divided into sevens, so it’s basically custom-ordered for the almost-seven weeks of Lent.

Let me explain. About three years ago my friend David Van Biema invited me to join him and another mutual friend, Patton Dodd, in learning more about a medieval prayer wheel that had just resurfaced. You can read more about the wheel here (written when David was first researching the wheel and its history) and here.

Here’s what the original looked like, in Latin. It’s more than 900 years old, and worn with the smudges of praying fingers.

And here’s a streamlined modern version in English, which is also available at the end of this post as a free PDF download. 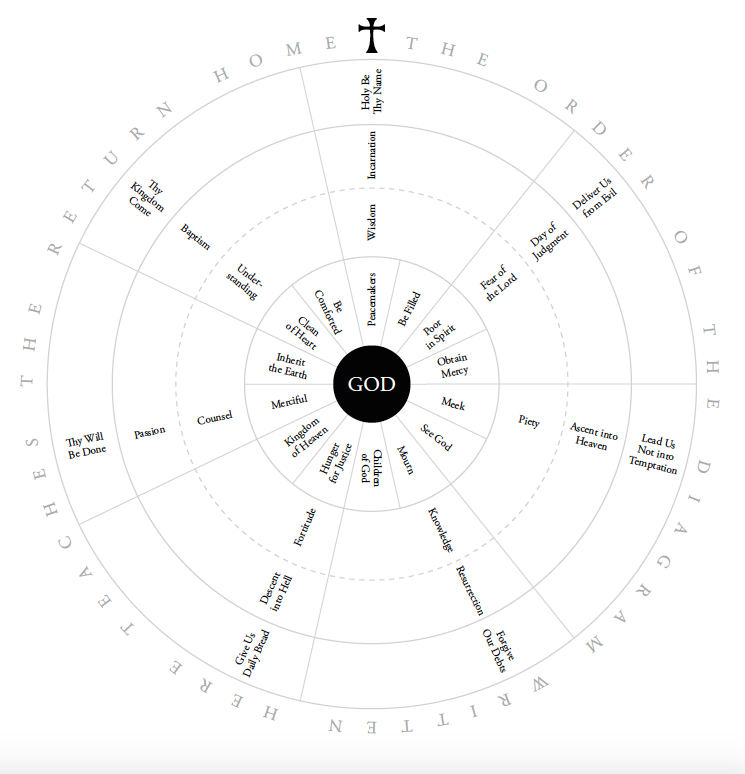 As you can see, the Wheel takes four basic Christian texts – the Lord’s Prayer, the Gifts of the Holy Ghost, scenes from the life of Christ, and the Beatitudes – and divides them into sevens. Then it mixes and matches those elements so they line up with each other in interesting and fruitful ways, with each path leading you to the center, to God.

Here is an example of one of the paths: 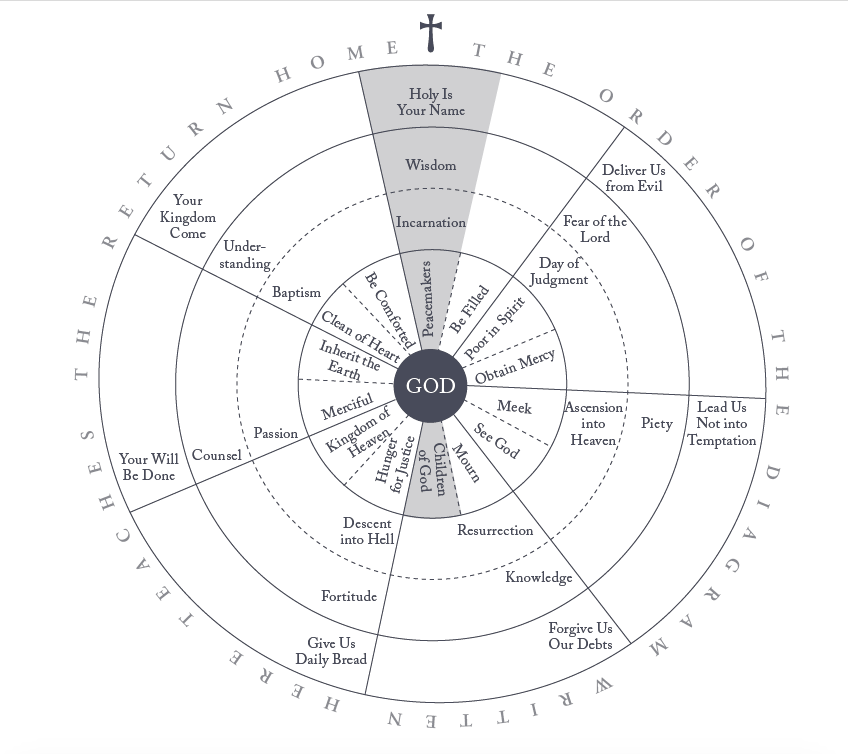 So, back to Lent. Each day during Lent, I’m going to be leading a really short devotion on one of the pieces of the wheel, moving each week one step closer to the center, to God.

This is going to be interactive, in the wheel’s Facebook group, so it’s not just me sending reflections out into the world. I want your thoughts and reflections and especially your prayers. I promise to keep each day’s devotion short, just a prompt to get us all a little further along on that path toward the center, toward God.

You don’t need to buy the book to get started; you just need a copy of the wheel so you can trace along it each day as we cover all its bases. So download that below and also click through to the Facebook group so you can join us for a couple of minutes of peace and reflection during the days of Lent.

Things you can do:

News
Chicago church’s plan to fast from ‘whiteness’ for Lent gets pushback
Follow us on Facebook!
Submit your photos to RNS