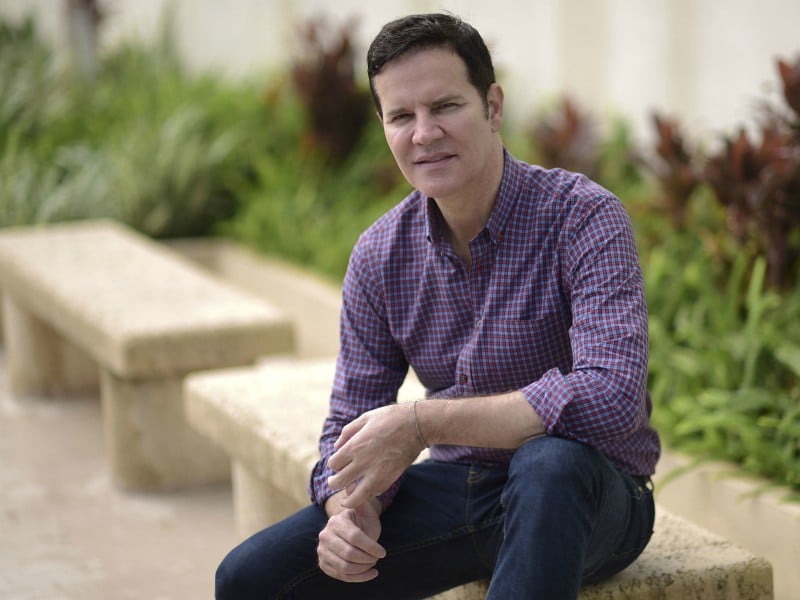 VATICAN CITY (AP) — When a Vatican court convicted a Chilean predator priest of sex crimes, it went out of its way to affirm the credibility of his victims. Their testimony had been consistent and corroborated, while their motives in coming forward had been only to "free themselves of a weight that had tormented their consciences," the tribunal said.

In this Nov. 11, 2015, file photo, Fernando Karadima is escorted from a court after testifying in a case that three of his victims brought against the country's Catholic Church in Santiago, Chile. The Vatican ordered Karadima to a life of penance and prayer in 2011 for abusing three young boys. A local judge determined the abuse allegations were truthful but absolved Karadima because the time limit had expired for prosecution. The three victims who filed the suit accuse the Chilean Catholic Church of a cover-up. The church has rejected the accusation. (AP Photo/Luis Hidalgo, File; caption amended by RNS)

Cruz has accused Chilean Bishop Juan Barros of having been present when Karadima kissed and fondled him as a 17-year-old, and of then ignoring the abuse. One of Francis' top advisers has privately called Cruz a liar who is out to destroy the Chilean church. Francis, who has called allegations against Barros slander, may have accepted the adviser's take.

After his defense of Barros sparked an outcry during his recent trip to Chile, Francis did an about-face and asked Maltese Archbishop Charles Scicluna, a former Vatican sex crimes investigator, to gather testimony about Barros and then report back. Cruz, who now works in communications in the U.S., is his first witness Saturday.

"We've been giving this testimony for years and years, but finally it's being heard," Cruz told The Associated Press. "So when the pope says he needs evidence, he's had it for a long time."

In this Jan. 18, 2018, file photo, Osorno Bishop Juan Barros smiles as he leaves the altar after Mass was celebrated by Pope Francis on Lobito Beach in Iquique, Chile. A Vatican investigator on Feb. 17, 2018, begins a fact-finding mission into allegations of sex abuse cover-up by Barros, who has repeatedly denied witnessing any abuse or covering it up. (AP Photo/Alessandra Tarantino, File; caption amended by RNS)

Francis named Barros to head the diocese of Osorno, Chile, in January 2015 over the opposition of some Chilean bishops. They were worried about fallout from the Karadima scandal, and had recommended that Barros and two other Karadima-trained bishops resign and take year-long sabbaticals.

Francis has said he rejected the recommendation because he couldn't in good faith accept Barros' resignation without any evidence of wrongdoing.

Barros has repeatedly denied witnessing any abuse or covering it up.

"I never knew anything about, nor ever imagined, the serious abuses which that priest committed against the victims," he told the AP last month.

Francis recently sparked an outcry when he called the accusations against Barros "calumny" and said none of Karadima's victims had brought forth evidence to implicate the bishop.

The AP reported last week that Cruz did come forward with cover-up accusations against Barros. The pope's top abuse adviser, Cardinal Sean O'Malley, hand-delivered to Francis an eight-page letter from Cruz in April 2015.

Cruz says Barros not only witnessed him being abused, but then tormented him with private information that Karadima had obtained from Cruz during confession.

"If Karadima felt that you were not being too dedicated to him in any way, he would ice you. He would not talk to you, but he would send these hatchet men, Juan Barros was one of them," said Cruz, who after joining Karadima's community went onto the seminary, only to leave after a few years.

The Vatican hasn't commented on whether Francis read the 2015 letter.

Barros himself hasn't been accused of sexually abusing anyone, and merely witnessing a superior kiss and grope minors isn't a canonical crime. Perhaps Francis doesn't consider it a fireable offense.

But Francis' own sex abuse advisers, as well as many Osorno faithful, have argued that Barros' failure to "see" Karadima's abuse and his continued denial that it was around him raises questions about whether he can protect children in Osorno today.

Since Barros has not been charged with any wrongdoing, Cruz's allegations against him have not been subject to legal scrutiny. However, Vatican and Chilean prosecutors both considered him to be a credible witness in cases against Karadima, during which he also testified about Barros' presence while he was being groped. Other Karadima victims have said the same.

"The tribunal has acquired sufficient conviction to accept Cruz's testimony as proof of the facts," Chilean investigating Judge Jessica Gonzalez wrote in 2011. While Gonzalez dropped criminal charges against Karadima, she stressed it wasn't for lack of proof but because too much time had passed.

In the decree sentencing Karadima to a lifetime of penance and prayer, the Vatican tribunal said it had acquired the "moral certainty of the truth" about Karadima's guilt based on testimony from Cruz and other whistleblowers, even though many bishops, priests and laity insisted Karadima was innocent.

In this Oct. 9, 2014, file photo, Pope Francis, right, walks with Chile's Cardinal Ricardo Ezzati to a session of the synod, a two-week meeting of cardinals and bishops from around the world, at the Vatican. Ezzati and Chilean Cardinal Francisco Javier Errazuriz have questioned the credibility and motives of sex abuse survivor Juan Carlos Cruz, who is to testify Feb. 17, 2018, before a Vatican investigator looking into his allegations of abuse cover-up by Chilean bishop Juan Barros. (AP Photo/Alessandra Tarantino, File; caption amended by RNS)

Some high-ranking church officials, though, have continued to question Cruz's veracity and motives. Among them is Chilean Cardinal Francisco Javier Errazuriz, a top adviser to Francis as a member of the pope's "kitchen cabinet" of cardinals.

While Francis and Errazuriz have ideological differences, it would be natural for the pope to ask the head of the Chilean church about a Chilean bishop who had once worked for him. And Errazuriz and the Argentinian pope have known each other for decades, when both men served as archbishops in their neighboring countries.

Errazuriz publicly apologized in 2010 for not believing Karadima's victims initially. Privately, he has called Cruz a liar and a "serpent" bent on destroying the Catholic Church in Chile, according to emails first published by Chilean online newspaper El Mostrador.

The emails Errazuriz exchanged in 2013 and 2014 with his successor as Santiago's archbishop show him maneuvering to keep Cruz off the Pontifical Commission for the Protection of Minors — Francis' advisory panel on sex abuse — and from the list of speakers for an annual bishops' gathering.

"We know the intention of Mr. Cruz toward you and the church in Santiago," Cardinal Riccardo Ezzati, the archbishop of Santiago, wrote Errazuriz in April 2013. "I hope we can avoid the lies from finding a place with those in the same church."

Errazuriz responded the next day: "May the serpent not prevail!"

"There's no reason to invite Carlos Cruz, who will falsify the truth," Errazuriz wrote. "He's going to use the invitation to continue damaging the church."

Errazuriz and Ezzati had a reason to try to discredit Cruz. After evidence emerged showing the Santiago archdiocese had received reports about Karadima for years but shelved an initial investigation, Cruz and two other victims sued the archdiocese in 2013 for an alleged cover-up.

The litigation, since dismissed for insufficient proof, was active in April 2015 when Cruz's letter made its way to Cardinal O'Malley. A member of the Pontifical Commission, Marie Collins, gave it to O'Malley when she flew to Rome with three other commissioners to raise alarm at Barros' appointment as bishop of Osorno.

O'Malley was in Rome anyway for a meeting with the pope, Errazuriz and Francis' other cardinal advisers. A Vatican statement issued after their meeting suggests that O'Malley may have raised the Barros case, just as he reported to Collins and Cruz.

During the meeting, O'Malley proposed creating procedures "to evaluate and judge cases of 'abuse of office' concerning the safeguarding of minors" by bishops and other church leaders, it said.

The pope and his advisers subsequently agreed to establish a tribunal inside the Vatican to hear evidence against bishops who covered up sex abuse. Francis authorized a budget to fund it for five years.

But the proposal lagged. Within a year, Francis had scrapped it entirely and instead issued a document essentially saying the church's existing procedures were sufficient to handle alleged cover-ups.