(RNS) — The former head of the main Missionary Training Center of the Church of Jesus Christ of Latter-day Saints has admitted to molesting at least one female missionary while president of the institution based in Provo, Utah, according to MormonLeaks.

According to an interview released Monday (March 19) on the transparency website, a man who identifies himself as former MTC president Joseph L. Bishop, who is now in his mid-80s, admits to a history of sexual misconduct, though he rejects the specific accusation of attempted rape.

The interview was conducted in December 2017 by a woman who initially represented herself as a writer researching the careers of LDS leaders. Partway through the interview, she confronts Bishop with the allegation that he tried to rape her in a storage room in 1984. He admits that he had a long-standing “sexual addiction” and that he had “struggled my whole life” with it, but does not confess to that specific rape.

He indicates nearly an hour into the interview that some sister missionaries, upon arriving at the MTC, began having flashbacks to previous experiences of sexual trauma, and they would pray and ask leaders for help in putting it behind them. Bishop says he was “the last person who should have been” in leadership over those vulnerable women.

Ryan McKnight, the founder of MormonLeaks, declined to comment on how his organization received the document, which he said was released to the public because of “its relevance to the current discussion of ecclesiastical abuse,” though it is not his goal to “place the blame on any one individual or institution.”

“These allegations are very serious and deeply disturbing,” said LDS spokesman Eric Hawkins. “If the allegations of sexual assault are true, it would be a tragic betrayal of our standards, and would result in action by the Church to formally discipline any member who was guilty of such behavior, especially someone in a position of trust.”

In a statement, the LDS church says it reported the allegations to the police in 2010, and that the matter was investigated at that time. The church said it also conducted its own internal inquiry and decided against disciplinary actions against Bishop, after leaders were “unable to verify the allegations.”

The church posted its full response on its Newsroom website.

Bishop’s son Greg, a lawyer, released a statement and copies of police reports that cast doubt on the credibility of the accuser, saying she “has a long history of false accusations and criminal activity.” The documents suggest the accuser may have been previously involved in cases of fraud and identity theft.

Before his retirement, Bishop’s leadership responsibilities included serving as president of the Buenos Aires North Mission, president of Weber State University in Utah, and MTC president in the 1980s. He is also the author of several devotional and motivational books for a Mormon audience.

One of Joseph L. Bishop’s books, which does not appear to be available any longer at deseretbook.com.

A search for his works on the website of Deseret Book, the church’s official publisher and book retailer, Tuesday resulted in an error message stating that “the page you were looking for does not exist.”

A 76-page transcript of the interview, which lasted more than two and a half hours, was posted on MormonLeaks, along with the audio recording.

In it, Bishop does not appear in the beginning of the conversation to recognize the interviewer, greeting her with “nice to meet you” and offering background into his decades of LDS leadership.

At 43 minutes into the interview (on page 24 of the transcript), the interviewer drops the bombshell. She says that when she was a missionary in the MTC in January 1984, she was “groomed” and then sexually assaulted by Bishop, who was then the center’s president. Bishop had counseled with her about the fact that before she left for her mission, her stepfather had been “violently sexually abusive,” and Bishop had helped her to understand that the abuse was not her fault. However, according to her, Bishop didn’t stop there:

Interviewer: But you also kind of groomed me, a little bit, and you took me down into the basement, it wasn’t really a basement, but it was downstairs, a little storage room.

Interviewer: I’m not angry with you, because I think …

Joseph Bishop: You ought to be …

Interviewer: Well maybe, but I’m not. I’m over a lot of things that have happened to me. But you hurt me. And I need an apology.

Joseph Bishop: Well I apologize, from the depths of my heart, I can’t remember what it was but I’m …

Interviewer: Okay, let’s go back a little bit, and I’ll tell you, because …

Interviewer: I have struggled for 33 years with what you did to me. And I am only interested in an apology. I reported what you did to me to Elder Asay. [Most likely this refers to Carlos E. Asay, who was a general authority of the LDS Church from 1976 to 1996. He died in 1999.] Do you remember him?

Interviewer: Quorum of the Seventy. Did he ever talk to you?

Interviewer: Did anybody from Salt Lake ever tell you that you were accused of sexual assault?

Interviewer: You were never disfellowshipped, had a council?

Interviewer: You confessed about me?

Joseph Bishop: That I don’t know about . . . I confessed all of my sins to Elder Wells when I was in the mission. But anyway, let me apologize.

In the next few minutes of the interview, Bishop does appear to remember some aspects of her story and their conversations in the MTC, although he says he does not recall the attempted rape in the storage room, which the interviewer claims he had not been able to complete because he could not maintain an erection.

Bishop appears to acknowledge in the conversation that while the interviewer was a missionary he discussed with her some sexual preferences he had with his wife, as well as a previous encounter with another woman who had removed her bikini top in front of him.

He says he remembers one woman from when he was a congregational leader, as well as one other missionary who served alongside the interviewer at the same time she was in the MTC. When the interviewer asks, “Did you molest her?” Bishop answers simply, “Yes.”

Bishop does not explain what he means by admitting to molestation, however. He claims that the sister missionary in question initiated physical contact by requesting a back rub, which he provided, and then things got “frisky.”

Any physical contact between a female missionary and a male mission president more than three decades her senior would be cause for alarm among Mormons, who are expected to adhere to strict sexual standards.

Whatever he may have done, it’s clear from the interview that Bishop himself feels he was in the wrong, since he apologizes repeatedly for his past behavior with women and says, “I hope I don’t get excommunicated because of it.”

He also suggests that he’s already repented for his past. “I paid,” he tells the interviewer. “I’m so sorry. I am so so sorry.”

Update, March 21: After the deadline for this story yesterday, I was able to interview Greg Bishop, Joseph Bishop’s attorney and son.

He says his father did not realize the December interview in question was being recorded. “Ms. [_] told my dad that she was a reporter affiliated with an LDS magazine or the LDS Church, and that she was doing a story on mission presidents,” he said. “Obviously, the first 45 minutes or so of the tape is her pretending to be that reporter, and then she morphs to her true purpose, which was ostensibly to receive an apology because he had done something to offend her.”

Greg Bishop provided journalists with several supporting documents from police records in multiple states, and says his family is consulting with an attorney about whether to release those records to the general public. They are also considering the possibility of a defamation lawsuit.

Greg Bishop challenges the timeline the interviewer presents in her version of the story, saying the 1984 dates of her time in the MTC (January to April of 1984) don’t coincide with the 1985 residence of the other sister missionary she claims was there at the same time and was molested by his father.

He also reports that his father is “in general of sound mind,” but “he has memory issues, and he is easily confused.” Just days before the recorded interview, he was released from the hospital after a history of heart problems and a very recent heart attack. Bishop believes his father was misled in the interview because he was in a vulnerable physical state, and appeared to confess to things he did not actually do.

On Rob Porter, Mormonism, and siding with the abuser

Mormon statement on child abuse: Move along, folks, we don’t have a problem 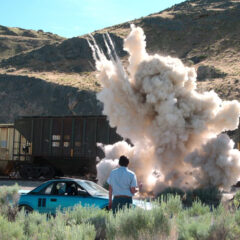 Faith
Netflix docuseries ‘Murder Among the Mormons’ is TV worth watching 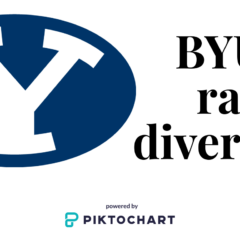 General story
Racism at BYU is a problem, study finds