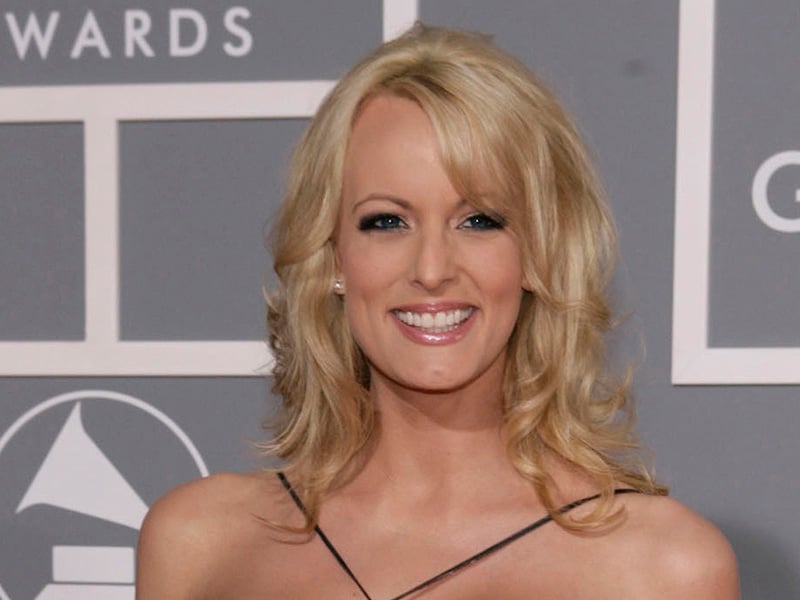 My 5-year-old daughter asked the question a few weeks ago as we flipped past a news report about the president’s alleged porn-star mistress headlining another Bible Belt strip club on her publicity tour.

“She is a friend of Mr. Trump’s,” I told my daughter, as I quickly changed the channel to PBS Kids. My kindergartner had been learning about weather at school. “‘Stormy’ is a funny name.”

I thought of that incident last week when I heard an NPR report about a meeting being planned for June 19 between President Trump and as many as a thousand conservative Christian leaders.

Ever since so many Bible-believing Christians embraced Trump’s racist campaign in 2016, I have wondered if anything would make them abandon him.

But time after time, no matter his alleged sins and crimes, the evangelicals are there to affirm and celebrate what Jerry Falwell Jr. calls their “dream president.”

And some of their leaders continue to cite Christian faith as the primary reason why Trump is due their uncritical support.

The NPR report cited the usual cast of Trump’s religious-right operatives, none of whom expressed concern that revelations about a $130,000 hush-money payment to an adult entertainer would trouble the evangelicals, who used to regard pornography and adultery as vile sins. 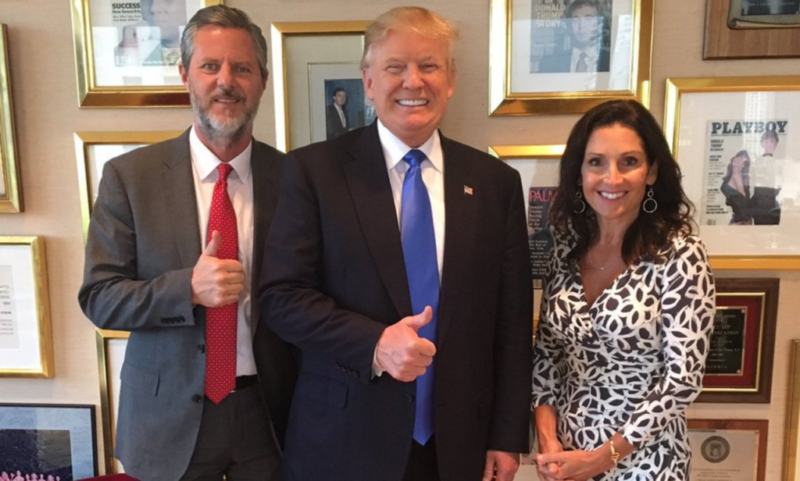 The controversial photo that Jerry Falwell Jr. tweeted on June 21, 2016, with Trump featured on Playboy magazine in the background. Photo via Twitter

An anonymous source told NPR that some evangelical leaders are “very concerned” about the allegations, but not because they might undermine or scandalize the faith they profess as they labor daily to bolster Trump’s political fortunes.

“It is a concern of ours that 2018 could be very detrimental to some of the other issues that we hold dear.”

This is why people think that the Christian right is just another Republican voting bloc, not something different or purer because of its purported spiritual character.

Trump’s court Christians know that nothing the president says or does will erode white evangelical support for him. They make it clear that they only care about him delivering on their issues. It is purely transactional.

Does their indifference over Stormy Daniels extend to Melania Trump, who had just delivered a baby when the affair allegedly took place?

Apparently so. They do not care about the president’s appalling obnoxiousness or lack of integrity. They only want to win, advance their agenda and maintain their proximity to power.

As a longtime observer of faith-inspired participation in American politics, I can think of no other group that acts with so little concern for the reputation of its religion.

The Trump evangelicals will continue to win in the short term, and will probably help minimize midterm losses by rallying the troops.

But we can’t yet imagine how their nakedly political and partisan embrace of Trump will damage conservative Protestantism in the U.S. Their evident lack of concern about it is really something to behold. 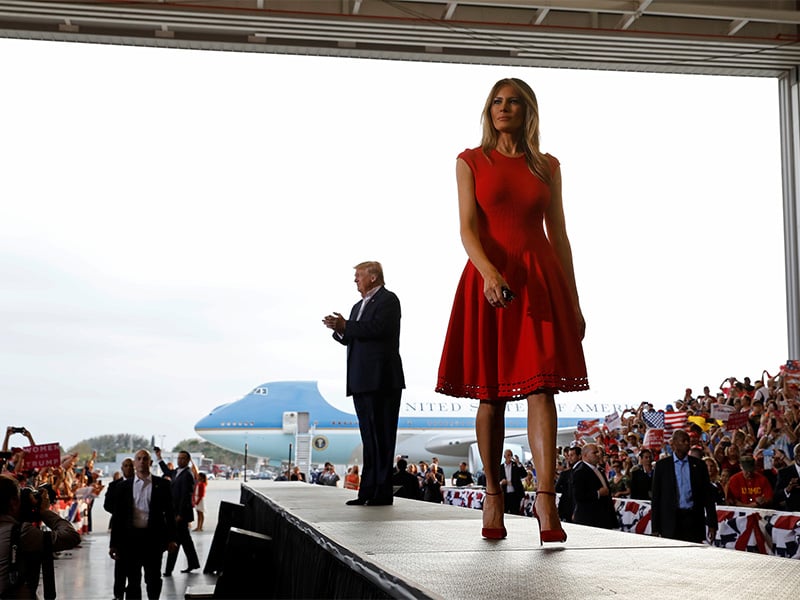 Penny Nance leads a group called (I am not making this up) Concerned Women for America. She knows her people do not care about Trump's behavior with Daniels: “I just honestly don’t hear hand-wringing over the issue. They’re not surprised.”

Nance continued, “This president is not Rick Santorum or Mike Huckabee," she said, referring respectively to the conservative Catholic former Pennsylvania senator and the pastor who was governor of Arkansas. "He doesn’t pretend to be a Bible-banging evangelical,” she said, implying that an actual Christian could be damaged by such a scandal, but because Trump is not, all of this is of no consequence.

Veteran pol Ralph Reed also spoke in partisan terms: “If these folks don’t turn out in record numbers in 2018, it’s gonna be a long night for Republicans.”

Another evangelical adviser with contacts in the administration said Trump would not be at the center of the meeting.

The real focus, evangelical Trumpist Johnnie Moore explained, would be what’s next on their policy agenda. But “if there is a meeting and he participates,” Moore said, “I think there will be one heck of a celebration.” Celebration? Honoring the vulgar, vengeful, race-baiting president’s accomplishments for them?

After news broke of conservative Christians' planned meeting with Trump, Tony Perkins of the Family Research Council insisted that evangelicals do not care about Trump’s extramarital activities.

“Our concern is that evangelicals are discouraged, not because of details dredged up from the president’s past, but from Congress’ poor performance on promises made.”

Evangelical supporters place hands on and pray with President Trump in the Oval Office of the White House. Photo courtesy of Johnnie Moore

There is so much insanity in this story that the location of the June 19 meeting, Trump’s hotel on Pennsylvania Avenue, is an afterthought. One leader said the posh downtown site was chosen because “it is probably the best deal in D.C.” (It is not.)

I am done talking to my little girl about the president’s friend with the funny name.

But I will never forget that the religious right is the reason why I cannot even flip through the news channels without having filth paraded in front of my young children.

That’s what I will remember in June when evangelicals rent a ballroom at Trump’s hotel to have “one heck of a celebration.”

(Jacob Lupfer is a doctoral candidate in political science at Georgetown University. His website is www.jacoblupfer.com. Follow him on Twitter at @jlupf. The views expressed in this commentary do not necessarily represent those of Religion News Service.)