(RNS) — It is now 73 years since the end of World War II, and since the liberation of the concentration camps.

We were reminded of that as we commemorated Yom Ha Shoah, the remembrance day named with the Hebrew word for the Holocaust, on Thursday (April 12). But rather than offering us more clarity, as the decades tick by, the Shoah offers us only new, or ever-new, questions and mysteries.

Those are all good, enduring, perhaps eternal questions.

But, there is one question that many people are now raising. It is an obscene question: If the Jews had had guns, couldn’t they have prevented the Holocaust?

The post featured a photograph of a pile of shoes of Holocaust victims.

To all the kids that walked out of school to protest guns, these are the shoes of Jews that gave up their firearms to Hitler. They were led into gas chambers, murdered and buried in mass graves. Pick up a history book and you’ll realize what happens when you give up freedoms and why we have them.

There were 200,000 Jews in Germany. They were of all ages, and from all walks of life. But, there is one thing that they — and every other Jew of Europe lacked — and that was a military tradition.

Does anyone really think that they would have been able to stand up against an army that would decimate the armies of France, Poland, Czechoslovakia, Belgium, Austria, Greece — that would invade the Soviet Union?

Yes, there were Jews who rose up in armed resistance against the Nazis.

Those stories are legendary — the Warsaw ghetto uprising; the Vilna ghetto uprising; the Bialystok ghetto; Treblinka, Sobibor, Auschwitz-Birkenau, among others. Jewish partisans fought in the forests. The Jewish authorities in Palestine sent armed Jews into Hungary and Slovakia to try to save Jews; the most famous of them was the heroine-poet Hannah Senesh.

All of these actions were heroic. The Warsaw ghetto held out against the Germans longer than France did!

They were also, alas, failures.

For it was not just the Nazi armies that were arrayed against the Jews. It was the entirety of German society — its universities, its medical profession, its industrialists, its scientists. The Nazis had willing, eager and enthusiastic helpers in central and eastern Europe.

The idea that Jews with guns could have made any meaningful resistance is the cruelest, most cynical, most ignorant alternative fact there is. It is an insult to the memory of the 6 million.

I can understand why gun fanatics utilize these arguments. They are eager to use any argument, no matter how fallacious, that will suit their political purposes. But, why is this idea so attractive to some Jews? Why is it that I keep on encountering this myth on Facebook, and even from Jews that I know and respect?

It is a variant of a classic theological move. As the prayer book says: “It was because of our sins that we were exiled from our Land.” More crudely: If something happens to the Jews, it’s their fault. They screwed up. (This, by the way, is the way that some ultra-Orthodox Jews interpret the horror of the Holocaust — that it was God’s punishment of a sinful nation. I find the idea so obscene as to be beyond discussion.)

The secular version of this is: The sin of the Jews was their powerlessness. We should not have been powerless. Therefore, if we only had guns, this would not have happened.

More than 70 years after the end of the Shoah, the Jews are still a traumatized people. We are suffering from communal PTSD. But, our collective, inherited anguish cannot distort the truth of Jewish historical experience.

What do we ask of our friends? You can help us mourn.

But, please: Do not distort our truth. 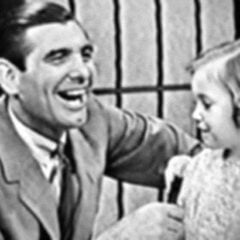