ALIAGA, Turkey (AP) — An American pastor on Monday (April 16) denied accusations that he aided terror groups or spied against Turkey, speaking at the beginning of his trial in a case that has strained ties between Turkey and the United States.

Andrew Craig Brunson, a 50-year-old evangelical pastor from North Carolina, faces up to 35 years in prison on charges of “committing crimes on behalf of terror groups without being a member” and “espionage.”

He was arrested in the aftermath of a failed military coup in 2016, for alleged links to the outlawed Kurdistan Workers’ Party, or PKK, as well as a network led by U.S.-based Muslim cleric Fethullah Gulen, who is blamed by Turkey for the coup attempt.

Brunson, who served as the pastor of Izmir Resurrection Church with a small Protestant congregation and has lived in Turkey for 23 years, denies any wrongdoing.

“I don’t accept any of the allegations or accusations,” the state-run Anadolu Agency quoted Brunson as telling the court in the town of Aliaga, some 60 kilometers (38 miles) north of the Aegean coastal city of Izmir.

“I did not engage in any illegal activity. I had no relations with anyone engaged in such activity,” Brunson said. “I am a Christian pastor. I did not join an Islamic movement. Their aims and mine are different.”

The agency said the pastor delivered his defense statement in Turkish.

Prosecutors are seeking 15 years in prison against the pastor for alleged crimes committed in the name of Gulen’s group and the PKK, and a further 20 years for allegedly obtaining state secrets for political and military spying purposes using his religious work as cover.

The indictment — based on the testimonies of witnesses, including three secret ones, and digital evidence — claims the pastor worked to convert Kurds to Christianity to sow discord.

U.S. officials have repeatedly called for Brunson’s release, and President Trump has asked Turkish President Recep Tayyip Erdogan to have his government “expeditiously” return the pastor to the U.S.

Erdogan fired back at Washington, demanding that the U.S. return Gulen to Turkey.

“Give him (Gulen) to us, and we will try (Brunson) and return him,” Erdogan said last year.

Gulen, who lives in Pennsylvania, has denied involvement in the coup.

Brunson’s lawyer, Ismail Cem Halavurt, told The Associated Press on Sunday he expects the pastor’s acquittal, arguing that the “weak” indictment lacks sufficient evidence to make the case hold up in court. 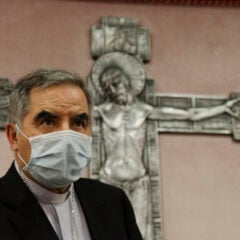 News
Vatican megatrial stalls as judge considers request to start afresh
Follow us on Facebook!
Submit your photos to RNS