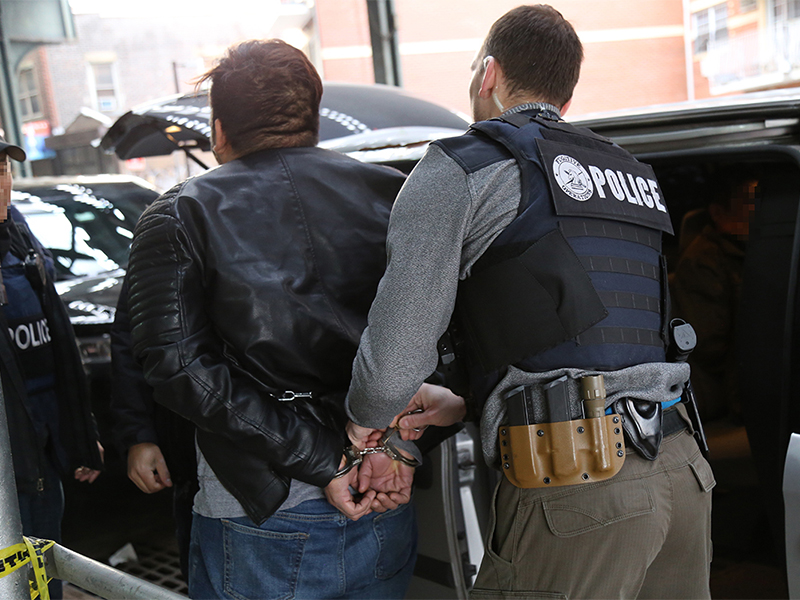 (RNS) — Since taking office, the Trump administration has made detention and deportation top priorities of its immigration policy, increasingly targeting immigrant families in communities across the United States through an aggressive program of arbitrary enforcement. This approach has been characterized by early morning raids at convenience stores, and Immigration and Customs Enforcement officers making arrests in places previously considered taboo, such as outside of day cares, schools and hospitals.

We see the destructive results in cities and towns across the United States, as immigrant families who have built their lives here and become valued members of our communities live in terror that a knock on the door will upend their lives in an instant. The level of fear and anxiety felt by our immigrant families around the imminent threat of separation has taken a toll on their physical, emotional and spiritual health.

More and more, to meet arbitrary quotas that will ensnare an anticipated 400,000 immigrants this year in the detention and deportation machinery, our immigration enforcement agencies are becoming agents of family separation. Recently, a longtime synagogue employee in Mount Kisco, N.Y., was deported to Mexico after living in the United States for decades. Similar situations are playing out, often very quickly and outside of the public eye, all over our country. This drastic situation demands a proactive response.

Communities of faith are answering the call. In Springfield, Mass., Gisella Collazo has taken refuge with her two sons in a church to avoid a deportation that would return her to Peru and separate her from her husband and children, ages 10 and 4. As she and her family considered her options before seeking sanctuary, she said, “they all ended in sadness.” Collazo’s husband and children are all American citizens. She has lived in this country for 17 years. Deporting her will serve no national purpose. It will only disrupt and divide an American family. Since 2011, the Department of Homeland Security has had guidance in place that discourages immigration agencies from entering houses of worship and other “sensitive locations” to conduct enforcement actions. Responding to growing fears of deportation, many synagogues, churches and other houses of worship across the country have declared themselves sanctuary congregations, offering support and shelter to those who need it most.

Despite having no jurisdiction when it comes to immigration law, Springfield Mayor Domenic Sarno has decided to target Collazo’s family and the congregation providing sanctuary by ordering code enforcement inspectors to go into the building to search for violations. He is also challenging the church’s tax-exempt status. These coercive actions by a local official are stunning, and a sad attempt to intimidate those who stand with immigrants.

As faith leaders, we feel called to condemn the specific actions of Mayor Sarno in Springfield and the broader movement to marginalize immigrants and separate families in communities across our nation. The recent celebrations of Easter and Passover are times when Christian and Jewish Americans celebrate renewal, hope and the promise of a better future. As we transition from these holidays, may we reflect together on human dignity and compassion and resist the criminalization of immigrants. Our faith traditions are clear: Welcoming the stranger and treating immigrants fairly are at the center of our sense of justice and morality.

People of faith, and communities of faith, united have a responsibility to protect the most vulnerable among us. For Collazo, her family and the immigrants across our country seeking sanctuary, or fearing the next knock upon the door, the spring holidays offered no justice.

(The Rev. Traci Blackmon is executive minister of Justice and Local Church Ministries for the United Church of Christ, and Rabbi Jonah Dov Pesner is director of the Religious Action Center of Reform Judaism. The views expressed in this commentary do not necessarily reflect those of Religion News Service.)