BALTIMORE (RNS) — After waving his black handkerchief and preaching a passionate sermon about Doubting Thomas, the apostle who initially refused to believe in Jesus’ resurrection, the Rev. Heber Brown III sat in the study of his Baptist church, switched gears and started talking with conviction about eggs.

And not just any eggs. Free-range eggs that he had ferried up Interstate 95 the previous day to extend the work of his Black Church Food Security Network.

“I’ve never thought so much about eggs in my life before,” he said as he recalled his weekend buying eggs from black farmers in North Carolina and selling them to restaurants in Baltimore for the first time — and saving some half-dozen portions for $2 sales after the worship service at Pleasant Hope Baptist Church.

“The cage increases the anxiety of the chicken; that anxiety impacts the taste of what comes out of that chicken,” the 37-year-old pastor and “beginner farmer” said, recalling what he learned from experts two states away. “You want a chicken to be cool, calm and collected and eating what God made them to eat because that’s going to result in a better egg at the end of the day.”

With his church sign noting its upcoming observance of Earth Day (April 22), Brown is no Doubting Thomas when it comes to providing healthy food to hungry people in his majority-black city and economic power to churches that can grow their own food or access fresh produce harvested by black farmers. The goal is to provide alternatives to the less nutritious and more expensive foods often sold at convenience stores in neighborhoods that don’t have groceries nearby. Brown hopes some of the answers are coming through his network that is starting to connect urban and rural black churches to farmers in his state, Virginia and North Carolina. He’s purchasing items churches don’t produce on their own — from eggs to strawberry jam — from farmers, testing out how church members like free samples and making plans to sell more of the products that appeal to them.

Pleasant Hope Baptist Church’s garden in Baltimore transformed from a split backyard area in 2010, top, to a flourishing garden with raised beds by 2012, bottom. Photos courtesy of the Rev. Heber Brown III

His own church’s garden began in 2011 after he sat by too many hospital beds of congregants with diet-related illnesses: “I wanted to do something more than praying and providing Scripture.”

Then, in 2015, he was pressed into service when his city erupted after a young black man named Freddie Gray died in police custody. Schools and convenience stores were closed, reducing food access for children and adults, and people remembered the church with the garden in its front yard. He connected with farmers, turned his church’s multipurpose room into a food-processing area and started driving his church van around, delivering food for a couple of weeks.

“I realized that we had the beginnings of a system that up to that point only existed in my head,” he said. “I had the idea for a food system but the uprising really pushed that idea into the real world.”

Fast-forward three years, and that network includes 10 black churches, which he predicts will double this year as more congregations start gardens on their properties. And the food he once gave away is now sold by churches, with any profits from the farm produce sales going back into the network.

The pastor and activist also has been outspoken on a range of other issues beyond environmental justice — such as racism, prison reform, poverty and education of black youth — and sees how they can all be related.

“If you talk about food and food systems you bump into every other issue of concern,” said the minister, who is taking classes to learn about farming even as he is concerned about the lack of grocery stores in Gray’s neighborhood and the quality of water in Baltimore’s public schools. 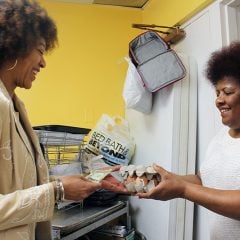 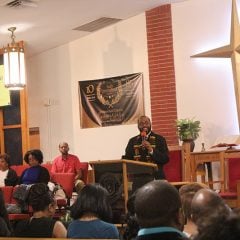 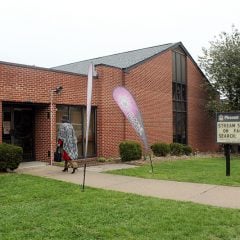 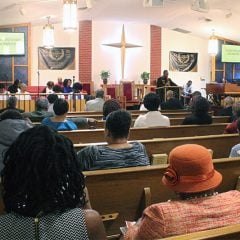 Derek Hicks, an expert on religion, food and black culture in Winston-Salem, N.C., said Brown’s work is a revitalization of a tradition where African-American churches have long supplied food to their communities. While Hicks refers to the so-called food deserts where he lives, he notes that Brown prefers the term “food apartheid,” a condition of insecurity that the Baltimore pastor is seeking to improve.

“What makes Heber’s model through the Black Church Food Security Network powerful is that it’s really centered on enfranchisement of the church and of the community,” said Hicks, an associate professor of religion and culture at Wake Forest University School of Divinity. “And investment of the church and the people in that community to ensure the viability of the community in various ways, both by way of nutrition and by way, ultimately, of financial viability.”

That focus on self-reliance extends to farmers who are benefiting from partnering with the network.

“The connection with Dr. Brown, I’m telling you, was God-sent,” said Maxine White, executive director of the Bethel, N.C.-based Coalition for Healthier Eating, which connects mostly black farmers with consumers who can least afford to purchase nutritious food. Her 4-year-old organization works directly with farmers to process the food at its facility, allowing her to sell the products for a lower price than grocery stores.

Brown’s recent purchase of 1,200 eggs, which he in turn sold to restaurants and church members, was her first such connection with a church network.

White, who attends a nondenominational Protestant church, said she hasn’t seen other partnerships between black churches and black farmers but thinks there should be more of them. 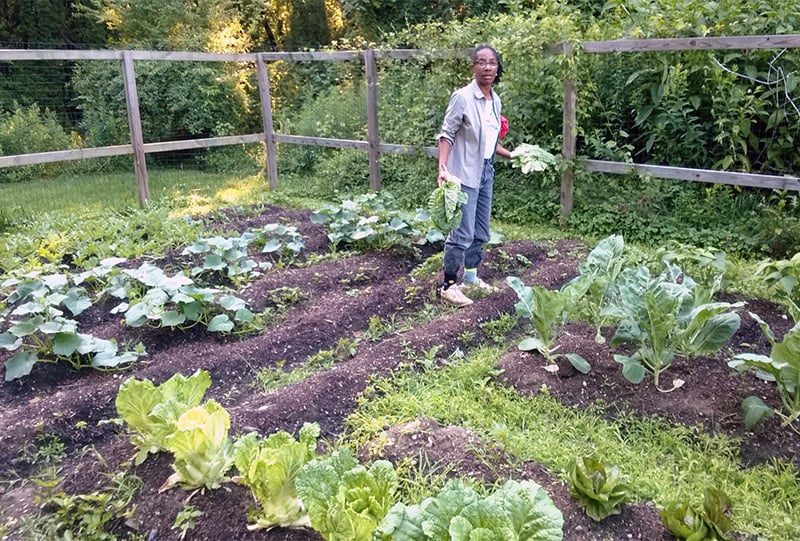 Hicks considers Brown’s consortium to be unique in part because of its church connections but views it as part of wider efforts to link farms to inner-city communities.  In other efforts to enhance access to fresh food, pastors from the Rev. Curtis Whittaker in Gary, Ind., to the Rev. Otis Moss III in Chicago have started vegetable gardens at their predominantly black churches.

Brown, who wears a red, green and black stole with West African symbols when he’s in the pulpit and a Baltimore Orioles baseball cap when he’s not, is finding a growing number of people are open to his message that combines economic, health and environmental justice. His speaking engagements are picking up, including to black Christian clergy at the Samuel DeWitt Proctor Conference in February in Memphis, Tenn., and to students and faculty at the predominantly white Methodist Theological School in Ohio in mid-April. 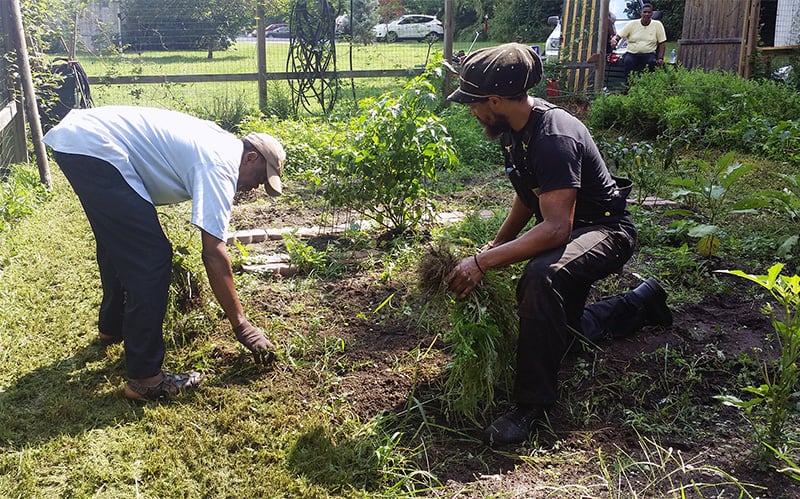 In Baltimore, Deacon Bill Roberts and his nondenominational New Creation Christian Church hosted the second annual season launch of Brown’s network in March, where about 90 people from a half-dozen churches gathered to learn more about starting or continuing their gardens.

“I think he’s a visionary,” Roberts, a master gardener who started his church’s garden in 2011, said of Brown and the network he joined a couple of years ago.

“As churches realize the impact they can have on one another, the education that can come from this, the elimination of the food deserts, the education about health and cooking tips, we can eliminate those things that cause disease like too much salt, too much sugar.”

His church has already started seedlings of green peppers and Swiss chard in his church’s annex. He plans to move those outdoors soon after members work on Earth Day to prepare and clean up their garden for its spring crops.

Members of Brown’s church have literally bought into the fresh-food initiative and lined up outside the kitchen after the worship service to get fresh eggs Brown had purchased from White’s North Carolina coalition.

First in line was Shirley Taylor, a member for a dozen years, who also has purchased cucumbers, tomatoes, “all kinds of greens” and herbs from the church’s garden.

“I love fresh eggs, free-range eggs and brown eggs,” she said. “They do not taste like the eggs in the supermarket. The taste is better.” 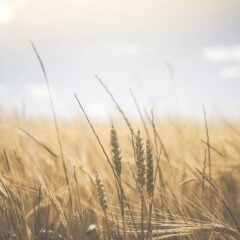 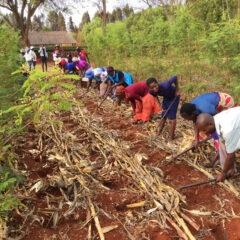