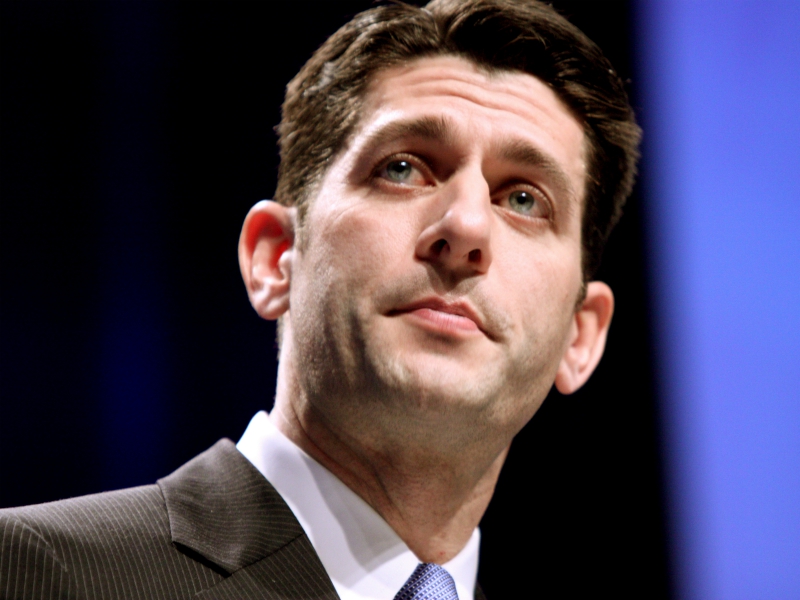 The Rev. Patrick Conroy has been chaplain of the U.S. House of Representatives since 2011. RNS photo by Brent Wojahn/The Oregonian

(RNS) — The Rev. Patrick Conroy, the chaplain of the House of Representatives, is resigning effective May 24.

Normally, such news about an official the public sees as ceremonial — but who provides a vital service to many House members and their families — would not cause a stir.

But nothing about Conroy’s departure is normal.

Capitol Hill erupted in anger this week when The Hill newspaper obtained a copy of Conroy’s resignation letter, which indicated that House Speaker Paul Ryan fired him.

“As you have requested, I hereby offer my resignation as the 60th Chaplain of the United States House of Representatives,” Conroy wrote.

Members of both parties are demanding answers.

Ryan did not even have the courtesy to inform Conroy of his decision in person. He sent an underling to fire the respected Jesuit priest.

Democrats and Republicans want to know whether Conroy was fired because Ryan objected to a prayer Conroy offered in the House chamber on Nov. 6, as the Ways and Means Committee began work on a trillion-dollar, deficit-financed tax bill designed to benefit the wealthiest Americans.

“May all Members be mindful that the institutions and structures of our great Nation guarantee the opportunities that have allowed some to achieve great success, while others continue to struggle,” Conroy prayed.

“May their efforts these days guarantee that there are not winners and losers under new tax laws, but benefits balanced and shared by all Americans.”

In addition to being an admirable sentiment, this is an innocuous and nonpartisan prayer.

Yet in a smug and condescending rebuke, Ryan told Conroy, “Padre, you just got to stay out of politics.”

Perhaps Ryan simply did not want his own conscience troubled about giving tax cuts to millionaires and billionaires that would cause his party to balloon the national debt and later demand massive cuts in federal spending that benefits poor and vulnerable people.

But it seems likelier that junior congressmen in Ryan’s party, of which he is supposed to be the leader, forced the speaker to punish the priest.

How dare a chaplain remember poor people before God on a day the House proceeds on a tax cut for the rich?

Adding insult to injury, a Ryan spokeswoman said that House Minority Leader Nancy Pelosi was informed of the firing in advance but did not object to it. Pelosi's office said she did object.

If all this was not bad enough, a Democratic aide told The Hill some evangelical Republicans objected to Conroy inviting a Muslim to give an opening prayer. The Republican Party speaks often of its support for religious freedom, but perhaps they don't mean to preserve it for everybody.

Conroy has served as House chaplain since 2011, when he was nominated by then-Speaker John Boehner. The priest was magnanimous in an interview with The New York Times after his firing, saying, “My understanding going into this is that I serve at the prerogative of the speaker.”

As always, there may be more to the story.

But until we know more details, this episode looks horrible for Ryan, who regularly acquiesces to the ugliest Republican trends in the Trump era.

Ryan should not capitulate to the most odious and extreme impulses of his caucus. As speaker, he is supposed to act with the best interests of the institution in mind. Having announced his own retirement earlier this month, Ryan should now avoid the abdications of leadership and failures of courage that have marked his speakership.

Until then, the speaker doesn’t have a prayer.

Related Posts
By Pierce Salguero
How do Buddhists handle coronavirus? The answer is not just meditation
By Adelle M. Banks
National Day of Prayer, reshaped by pandemic, includes interfaith and online events
By Alejandra Molina
At virtual Family Chapel, the 'spiritual but not religious' find community during pandemic
By Alejandra Molina
Mexican American religious life will be preserved in UCLA archive collection
By Alejandra Molina
Christians across traditions call for a Good Friday fast in response to pandemic