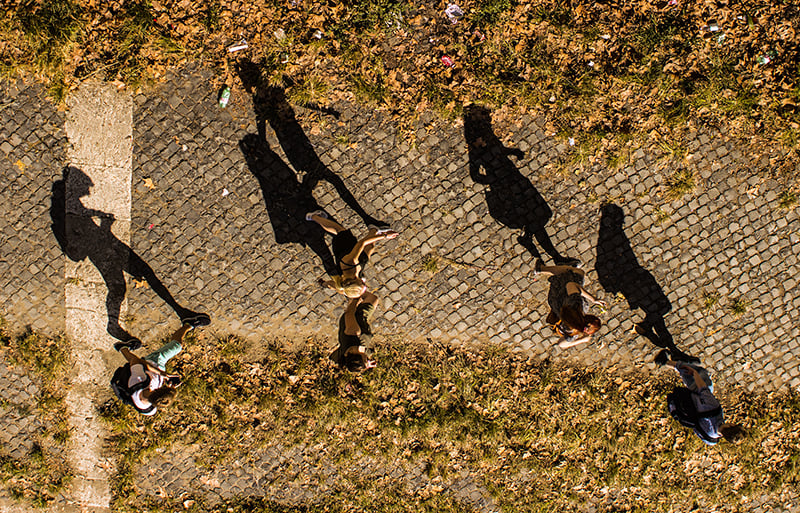 (RNS) — The festive sights and sounds of college gradations, captured in photos and video, are coming soon to our social media feeds. As we celebrate the educational achievements of friends and family, let us as people of faith not lose sight of the $1 trillion trail of tears that so many of these graduates will now walk. It’s a walk I am personally familiar with.

As of 2016 there was a total of at least $1.3 trillion worth of student debt in the U.S. —more than any other from consumer debt except mortgage debt. I have long held that this massive amount of crippling, soul-crushing, economy-damaging student debt is the latest great sin of this nation. If left unaddressed, this national crisis will inflict grave and lasting damage.

When I was in seminary I championed the idea that the theologic academy could and should play a much more active role in helping graduates grappling with student debt. Some graduate students’ debt from schooling (including my own) is well over $125,000.

As a seminarian several years ago, I made an impassioned presentation before my seminary’s board of trustees. I urged the school to seriously consider joining a group of small, Christian liberal arts colleges in the Midwest that were pooling their resources and offering recent graduates who were entering modest-paying professions — such as education, ministry, the arts and social services — grants to help pay off their student debt. This plea was for others, but also for me. Within a year, I walked off the commencement stage with a brand-new Master of Divinity degree and student debt that was almost double my mortgage.

The theology I studied points the way to right economic wrongs.

My faith and the rich theologies I was exposed to in seminary — that radical, progressive gospel of Christ as seen through the lens of black liberation, queer and womanist theologies — compel me to believe that we can put our collective faith to use to transform the very notion of how we fund and pay for higher education in this nation. Individuals of faith, churches, denominations and all ethically minded people can help solve our student debt crisis.

Here are just a few ways we can do it.

On a national level, denominations, church conferences and religious organizations such as the National Council of Churches in Christ, the Conference of National Black Churches and others can declare an ongoing student debt jubilee. The idea of a debt jubilee comes right from the Torah or Old Testament, which provides those who need biblical-based precedent as a powerful road map.

This ancient concept of forgiving all debts after a set length of time can be updated and formatted as we see fit. For example, national religious bodies of all faiths can lead a concerted effort to lobby the federal government to boost subsidized graduate student loans and ensure that ministry and missionary work is included on the list of “service-oriented” professions that qualify for loan forgiveness programs.

Denominations should also increase scholarship grants for undergraduate and graduate students. They should also develop loan repayment assistance policies and grants for seminary graduates and new hires. And they should declare that the abomination of student debt must not go forth.

As the national faith bodies work to make an ongoing student debt jubilee a part of our national consciousness, individual churches can work on the local level by creating “debt scholarships” for college graduates in the same way they raise funds and awareness for those entering college. The moral, ethical and spiritual necessity of a continuing student debt jubilee should be taught, explored in Bible study, yeshivas, mosques, temples and meetings halls wherever  possible.

Lastly, and perhaps the most powerful thing the more than 40 million people living with student debt can do is believe that the creator of the universe made us all for a much higher purpose than to languish in debt. Focus on your God-given gifts, calls and purpose, and live your life unafraid and transform the world for good through your faith.

(The Rev. F. Romall Smalls graduated from Union Theological Seminary in 2013,  where he received the Malcolm Boyd Veritas Award for social justice in the LGBTQ community. Reach him on Twitter or Instagram @romall06. The views expressed in this commentary do not necessarily reflect those of Religion News Service.)

Opinion
What the Bible really says about loan forgiveness
Follow us on Facebook!
Submit your photos to RNS