(USA Today Network) — The race to colonize Mars is underway, meaning many of us may witness humankind setting foot on the red planet before we die.

But one astronomy professor thinks we should slow down and figure out if there is life on Earth’s planetary neighbor before our exploration destroys it.

“If there’s any kind of active biology on Mars — no matter how primitive — the first step is we have to find it and understand it,” said David Weintraub, who teaches at Vanderbilt University in Nashville.

“Then, we could try to make enlightened decisions about what the right thing is for us to do or not to do.”

He makes the case to tap the brakes and investigate further as NASA and billionaire-backed ventures like Elon Musk’s SpaceX and Jeff Bezos’ Blue Origin make ambitious plans to race ahead.

Weintraub wrote about the ethical quandaries in front of us in his newly released book, “Life on Mars: What to Know Before We Go.” In it, he explains the history of our long fascination with the fourth planet in our solar system and the search for Martians.

Like the race to the moon in the last century, the thought of colonizing Mars in our lifetimes is exciting, Weintraub said. But we are blinded by the thrill of it and forget to ask the necessary moral questions and weigh the consequences of landing on the planet before we know life exists, he said.

“I’m hoping we at least have a conversation about that before it’s too late,” Weintraub said.

For centuries, humans have studied our close neighbor. Philosophical ideas and pop culture have fueled our fascination, too. But Weintraub argues that humans may have misled themselves for hundreds of years into thinking life exists on Mars because we assume the planet is more Earth-like than it really is.

He thinks the possibility of life on the red planet is small, but it is not zero. If it does exist, life is expected to be microscopic. But finding life on Mars would be a huge discovery regardless of size.

“The knowledge would be so valuable in understanding ourselves and where we come from and about the possibility of life in the universe beyond the Earth and Mars,” Weintraub said. “I think we ought to try to get that information if it exists before it’s no longer available.”

Slowing down the space race offers more time to learn, investigate and explore from afar whether life exists, Weintraub said.

If we go before we know, humans could contaminate Mars, Weintraub said. Colonizing the planet and altering its climate and environment to make it habitable for humans may destroy what life exists without us knowing it, he said.

“If Mars is sterile, then why not go?” Weintraub said. “We want to go. It’s right there.”

Regardless of his position, Weintraub thinks human footprints will be on Mars by the close of the 21st century. Even if we were to find life on the planet and spacefaring nations were to put a Mars travel ban in place, someone will find a way because humans have an innate drive to explore, he said.

“My bet is that somebody in their basement will build a rocket and go to Mars on their own,” Weintraub said.

(Holly Meyer writes for The Tennessean.) 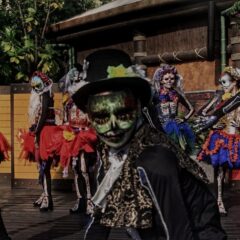