WASHINGTON (RNS) — The Good Book is shaping up to be a good draw on the crowded landscape of museums in the nation’s capital.

The Museum of the Bible, the newest tourist attraction near the National Mall, has drawn 565,000 visitors since it opened six months ago, according to museum figures released Thursday (May 17).

While that’s less than half as many as visited the National Museum of African American History and Culture in its first six months, it’s enough to assure organizers that a robust audience is hungry for Bible-related exhibits.

“We are pleased that more than half a million people have walked through the iconic Gutenberg Gates since last November to experience the largest museum dedicated to the Bible,” said Museum of the Bible President Cary Summers. “As we enter the peak of tour season, we look forward to welcoming new and returning guests to engage with the history, narrative and impact of the most influential book ever written.”

By comparison, other museums have had a smaller draw in their first half-year. The Broad, a new contemporary art museum in Los Angeles, attracted fewer than 500,000 within six months of its 2015 opening. 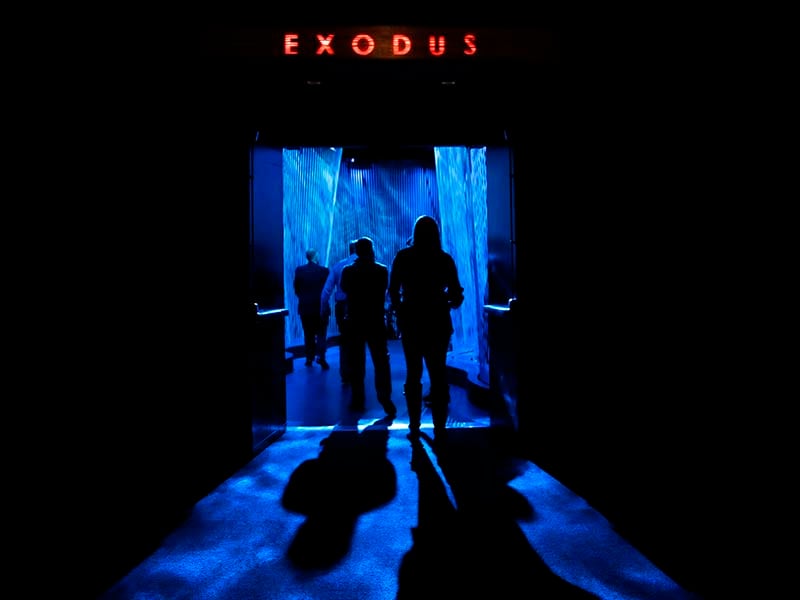 A door opens to the “Exodus” section inside the Museum of the Bible, on Oct. 30, 2017, in Washington.  (AP Photo/Jacquelyn Martin)

More than 1,700 groups have visited the high-tech Museum of the Bible, which sits two blocks from the National Mall near the U.S. Capitol, art galleries and other museums. Officials said visitors travel an average of 260 miles to the 430,000-square-foot museum.

RELATED: In the Capitol’s shadow, Museum of the Bible readies for opening

The museum cost $500 million and took three years to build. Co-founded by Steve Green, the president of the Hobby Lobby craft store business, it opened with 1,600 items in its permanent collection, about three-quarters of which are Bibles and biblical manuscripts.

In the months before it opened, Museum of the Bible officials distanced themselves from a Hobby Lobby settlement in which the company agreed to return 5,500 artifacts illegally imported from Iraq and to pay the Justice Department a $3 million fine. Museum officials had to ask partners to loan them items to complete an exhibit.

The museum has free admission to visitors, who reserve timed-entry passes or walk up to its doors, but it suggests a donation of $15 per person.

In August, the Museum of the Bible will sponsor a temporary exhibit, titled “Pilgrim Preacher: Billy Graham, the Bible and the Challenges of the Modern World,” about the evangelist who died in February.