(RNS) — As summer begins, another wedding season is upon us. The air is warm, the earth is lush and everything is as pretty as a June bride.

But for all our marriage cliches, one now belongs on the endangered species list: Wedding bells are not ringing.

We live atop shifting sands, at least as far as faith is concerned. Part of the change is that fewer Americans are Christians. Churches nowadays do not usually have bells, especially churches that meet in storefronts, rented school cafeterias or aluminum-sided monstrosities in far-flung suburbs. And the percentage of weddings that take place in churches has plummeted, dropping by almost half in less than a decade.

Reporting on a survey from a leading wedding website, the evangelical Facts & Trends discussed religion’s recession from the wedding landscape.

Religious congregations hosted 22 percent of weddings in 2017, down from 41 percent in 2009. Churches are losing ground to banquet halls, hotels, country clubs, wineries, rooftops and museums.

Clergy are solemnizing fewer and fewer marriages. Instead, couples are turning to civil magistrates or even loved ones who obtain credentials. In 2009, 29 percent of couples had a friend or family member solemnize their wedding. That number had increased to 43 percent by 2016.

What accounts for this dramatic change? Is anything lost? Does it even matter?

The main reason church weddings are dropping is that more people are raised without religion. This is something we can prove empirically: Though rates of belief remain persistently high, church membership, worship attendance and congregational participation are in decline.

Religion is the great loser in that revolution, not only ceding its cultural influence, but also struggling to govern the lifestyle choices of its own adherents.

Clergy and churches, once gatekeepers to the social respectability that marriage afforded, are now often reduced to paid extras and photo ops. 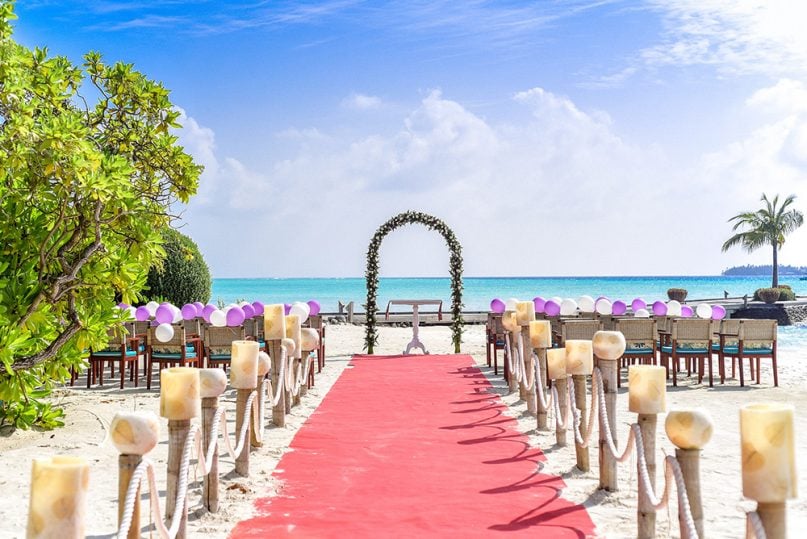 It’s not just a decline in faith. With Americans more mobile, atomized and rootless than ever before, fewer have a connection to a religious congregation where they live or even “back home.” Thus, when rites of passage like marriage (or birth or death) come, we are less likely to turn to the church to help us mark them.

It would make sense that couples who lived together before marriage and/or have no intention of attending worship together thereafter are much likelier to skip the church wedding today than in previous generations.

In this way, it is perhaps a credit to young people’s integrity: At least they are not pretending to care about marriage as a sacrament or religious rite. Many just do not see marriage (or sex or childbearing) as bound up with religious faith anymore. We can debate whether that is god or bad, but it is undeniable.

This was certainly my own experience. My first marriage as a 21-year-old virgin was a traditional religious wedding, though held outdoors.

When I remarried following a divorce, my religiosity was at a low ebb. But having cohabited with my then-fiancee and having no intentions of being religious together, we were in no mood for pretending. We hired a notary public, had her say a prayer or two commensurate with my nominal religiosity and my unhealthy need for older folks’ approbation, and got married in a city park.

Lots of marriages today seem to lack a self-consciously divine character, and certainly not one mediated through the life of a religious congregation. They are not “Christian marriages” in any meaningful way.

So what, if anything, is lost?

I hesitate to admit it, as a person whose religious marriage ended in divorce, but both church and society are worse off as marriage has declined and shed its sacredness.

With no religious wedding, couples receive less marriage preparation. They have less access to marriage counseling from a clergyperson. They do not spend time thinking or praying about what’s distinctive about sacred marriage. They aren’t taught to embrace marriage as a vocation to a particular way of being in relationship as a symbol of Christ’s love for the world.

Marriage is a bedrock social institution. We all suffer if it is weakened. Civil marriage may have no sacred character, but strong, enduring unions are vital to our common life together. Sacred marriage builds social capital that benefits everyone.

Religion imbues marriage and families with value, commitments and permanence that neither law nor culture can confer. Society is impoverished when fewer couples enter marriage through this portal.